Manila, Philippines – Energy-, Environmental-, and Health Justice organizations today launched a new report by Centre for Research on Energy and Clean Air called “Air Quality & Health Impacts of Coal-Fired Power in the Philippines”, which reveals the deleterious impacts and potential effects of existing and proposed coal plants on our health and the environment, and its hidden cost to the public and the economy.

The report can be accessed here: https://bit.ly/33ZWTzY 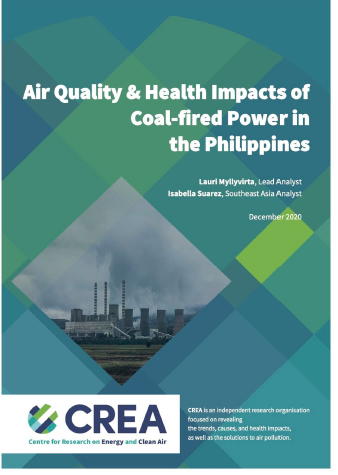 The report comes at a propitious time as the country struggles to recover from the dual blows of the Covid19 pandemic and the climate crisis.  The report provides an analysis of the air quality, toxic deposition, and health impacts of coal plants in the Philippines, the costs of which are often excluded from any energy planning.

“The climate crisis, air pollution and the pandemic are mutually compounding threats that have coal at their center. This report sheds light on the hidden health and economic costs of coal, which has long been the dominant source of energy in our country,” pointed out Isabella Suarez CREA’s Southeast Asia Analyst. “We hope the findings of the report can inform the Philippine government and key decision-makers to go all in on the clean energy transition as our continued reliance on coal is not just affecting the reliability of the energy system or the price of electricity, but is also impacting Filipinos’ health and well-being. It’s time to make that a main factor in the equation,” she added.

For his part, Paeng Lopez of Health Care Without Harm asserted that, “Coal plants are a consistent source of health-damaging air pollution, and there have been plenty of studies during this Covid19 pandemic that show a direct link between the increase in both morbidity and mortality rates in relation to exposure to air pollution. 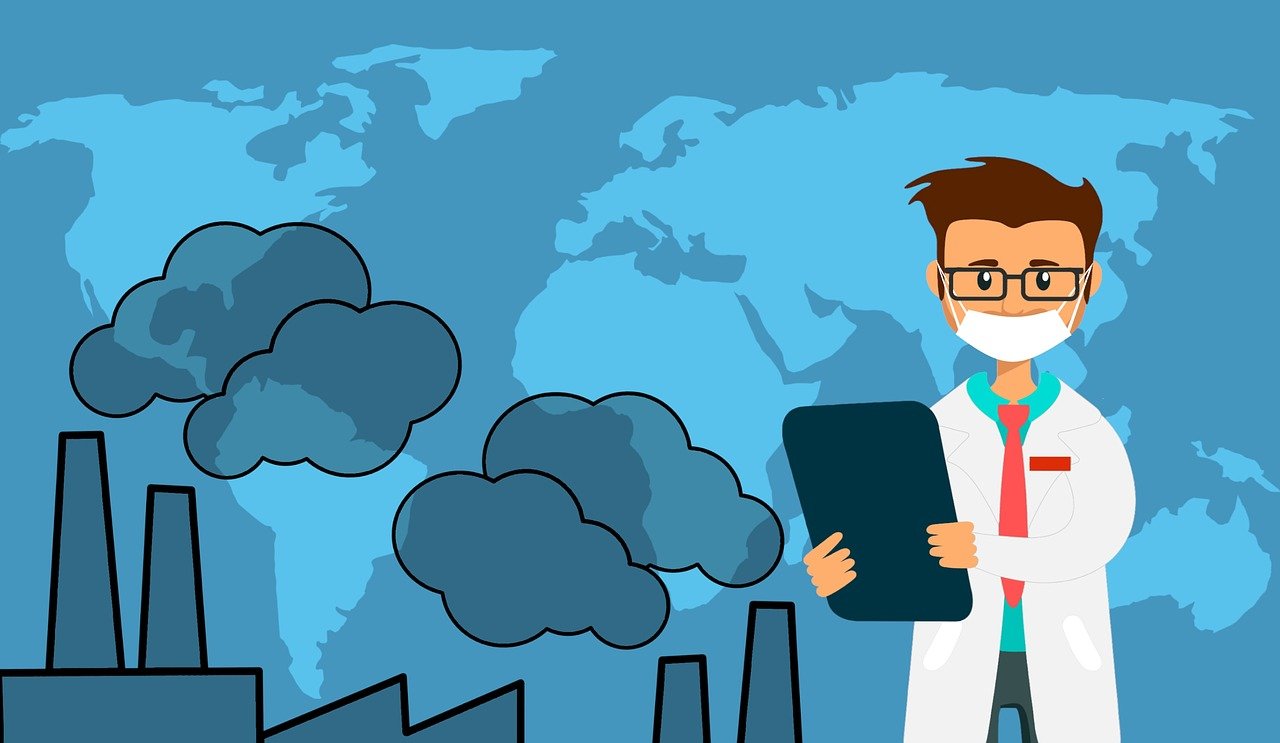 Therefore, all initiatives by the government towards healthy and just recovery under the new normal should include the significant reduction of Filipinos’ susceptibility to diseases like Covid19 through decisive steps that, among others, reduce our dependence on coal.”

In previous months, studies after studies have shown that a critical number of Covid-19 deaths around the world are attributable to dirty air.  But the impacts of coal does not stop there.  Studies have also shown that coal energy is a huge climate driver that needs to be stopped.

Khevin Yu, Energy Justice Campaigner of Greenpeace Southeast Asia expressed that, “Under the current state of climate emergency, we need to prioritize protecting Filipinos - especially our most vulnerable communities - from the harmful and deadly effects of coal energy. Coal energy should be immediately isolated and then replaced by safer and more affordable renewable energy sources.  Both the government and energy companies should protect the welfare of the people. And to achieve a better normal for all, we need to phase out coal now.”

Furthermore, this timely report complements the coal moratorium that DOE implemented recently and, even better, provides a sound basis for full uncoupling from coal.

“While DOE’s coal moratorium signals a welcome policy shift from coal, unfortunately, it does not cover the 14.6 GW, 23 coal plants that are still in the pipeline. DOE can definitely do so much more,” laments Ian Rivera, National Coordinator of Philippine Movement for Climate Justice.  “In line with the House of Representatives' climate and environmental emergency declaration, DOE should calibrate the Philippine Energy Plan by increasingly and swiftly withdrawing from coal – which means cancellation of all coal projects in the pipeline and phasing out of existing 33 coal plants which have a capacity of 10.4 GW.”

Key findings of the report reveal that:

In response, the report recommends the following:

Find the Facebook Livestream of the Virtual Launch HERE