The report lays out an analysis of the 1-year* air quality data gathered from the monitors including violations based on the Ambient Air Quality Standards (AAQS), trajectories to identify potential sources and recommendations. It also consists of the health impacts of air pollution pulled from the Health Impacts of Coal Report done by the Centre for Research on Energy and Clean Air (CREA) released last December 2020.

Average recorded PM2.5 data for the NCH monitor was 25.8 μg/m3 and 33.9 μg/ m3 for PM10 — the highest of the three monitors. SPHI’s average data on the other hand was 18.9 μg/m3 PM2.5 and 217.2 μg/m3 for PM10. The high ratio of PM10 to PM2.5 — on average 4 times higher than PM2.5 — is notable. The Lamao sensor registered approximately 27% of the hours it had been installed, of which over 50 instances of data error occurred (recording PM2.5 higher than 300 μg/m3); filtering out these figures, the average PM2.5 recorded in Lamao was 18.5 μg/m3 and 25.7μg/m3 for PM10. The latter half of the year (August onwards) recorded a higher number of pollution days but the gaps in the available data make it difficult to discern seasonal trends in the area. 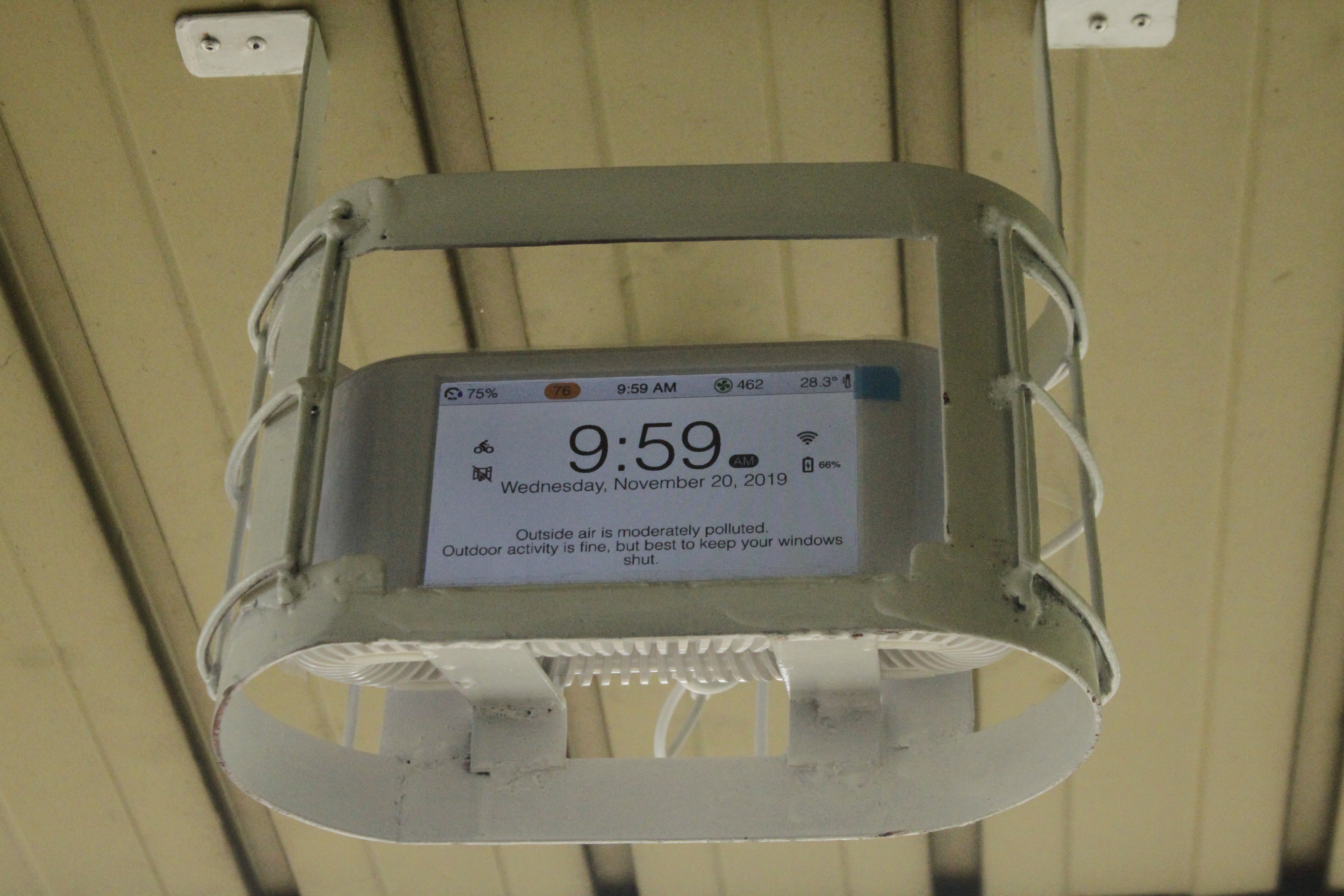 Of the 3 monitors, the NCH monitor recorded the highest percentage of days that saw pollution in excess of the AAQS.

Air pollutants and GHG emissions from coal power generation are linked to environmental problems such as formation of acid rain, contamination of air, water and soil and loss of ecological biodiversity to name a few. It worsens air pollution and is detrimental to public health.

In moving forward, one of the key messages from this report is that data is an important factor in diagnosing the state of air quality in the Philippines. It questions therefore why out of 101 air monitoring stations installed by the EMB-DENR nationwide, 53 are either for repair or for replacement1. In the absence of publicly available data to monitor and track air pollution, we are unable to estimate the real extent of the air pollution threat to the population. More must be done by the responsible bodies of government and by the polluters themselves to monitor and act on exceedances of pollution. The installation of low-cost monitoring networks has been one of the ways civil society organizations and research groups have gone about collecting data to encourage governments to bolster their own.

For more information on our healthy energy and air pollution work in the Philippines and around Southeast Asia, you can send an email to infoasia@hcwh.org