For the whole month of March, Health Care Without Harm-Asia hosted two graduate students who participated in various environmental health projects and activities as part of their internship requirements. In this blog, Jonathan Lee, who is training as physician assistant and doing his Master of Public Health in Touro University in Vallejo, California, talks about his first-hand experience in two municipalities hosting coal-fired power plants in the province of Bataan in the Philippines. 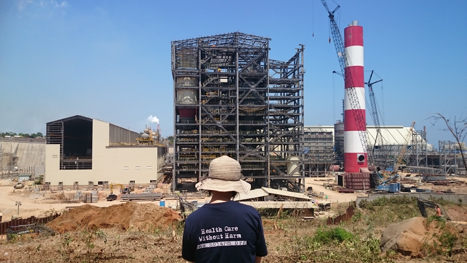 It was eight in the morning of Saturday, March 5, when I, together with my classmate Ron and the staff of Health Care Without Harm-Asia, arrived in Mariveles, a coastal town in the province of Bataan in the Philippines. As I stepped out of the van, I had no idea what to expect. I had learned of the many harmful effects of coal power plants from my Master of Public Health classes in the United States. But reading about the topic in articles and textbooks was not quite the same as witnessing it first-hand.

When our team was beginning to survey the area, we were greeted by community leaders who promptly invited us to join them for breakfast– indeed proof of unique Filipino hospitality! I was expecting a simple traditional meal comprised of cured meat, fried egg, and white rice – but instead, we were served with a sumptuous buffet of delectable seafood dishes: several types of fish, crabs, mussels, clams. The day had just started and we were already getting full! 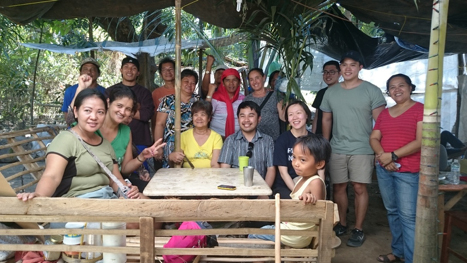 One of the village members seated next to me proudly explained that their town was known for this type of cuisine. They are primarily a fishing community and many of the people there make their living from what they caught. However, his joyous expression soon turned to a somber frown. He continued on that ever since the construction of the coal plant in 2008, they had to move farther and farther away from the shore in order to make a bountiful catch. The dwindling population of fish in their immediate area was greatly affecting their source of income. I had just begun my journey through Mariveles, but I could already feel the impact that the coal plants were having on this “barangay” (village).

As I walked around the barangay, I began to notice that fishing is not the only occupation that has been affected. One of the nearby houses I visited was completely empty. It used to be a lively restaurant that once played festive music and served as a hangout spot for the community. However, due to coal dust that had constantly littered the restaurant, it was deemed unsuitable by officials for selling food. I thought to myself, how could the same system that closed down this restaurant allow the coal plant, which was the source of the pollution, to continue operating and affecting the community? 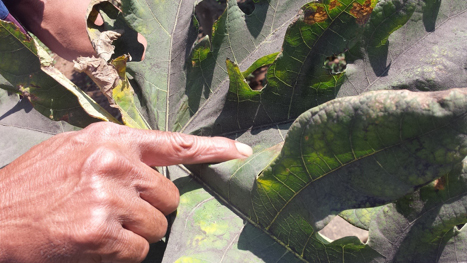 The thick black layers of coal dust could be found everywhere – on the leaves of papaya trees and other crops, on window sills and metal roofs, on beach shores and parked boats. As we traversed three different villages on foot, residents would stop us to demonstrate how much black particles they could gather with a single swipe of a finger.

One lady pulled me aside to show the windows on her house, which had been tightly sealed, shut with metal sheets, in order to keep the coal dust out of the house as best as possible. She explained that her family would rather endure the intense heat that accumulate inside the house as long as they do not inhale the toxic fumes emanating from the chimney of the coal plant. “How could the operators of the power plant claim that there were no harmful impacts when the effects could so clearly be seen?” she asked. I could not give a good answer. 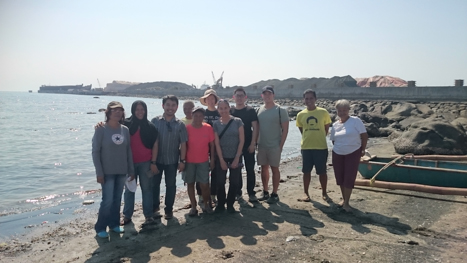 The health impacts affecting community members were numerous. Many of them reported a significant increase in coughing, asthma, and COPD-like symptoms since the construction of the first plant. However, their village had access to only one small community clinic, which was not adequate to treat all the downstream health effects that coal’s pollution was causing. Those who had health insurance or could afford better care from out of their pocket would seek private hospitals outside of the village. However, for the majority of the populace, this was not an option. The only alternative they were left with was to band together and speak out against the continued construction of more coal plants in their locality.

The fight against coal is not going to be an easy one. As I approached a house right next to the coal plant construction area in the nearby town of Limay, I saw a sign which said: “Be Undertaken w/o Relocation.” It refers to the demolition of houses that were already underway to make room for coal plant expansion. Community members were being offered as little as 100,000 pesos ($2,000 USD) to sign a contract giving up their home. Requests for relocation were being refused, which meant if they took the offer, they would essentially become homeless. 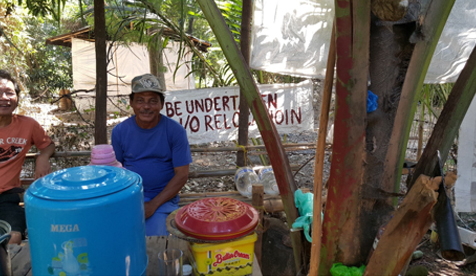 Because of intense opposition from local residents, the coal company and even the municipal government supportive of the coal expansion project had resorted to intimidation, creating an aura of insecurity and fear in the area. Guards armed with guns and rifles were stationed in plain view, intimidating and impeding protests against the coal plant. Resisting locals also received threats that if they do not accept the money being offered, they would ultimately end up with no compensation.

The violation of human rights, the social injustice unfolding in front of my very eyes were enough to make my stomach churn. Why is it that those who experience the least benefits are the ones who bear the greatest costs?

I will never forget my time in Bataan. Rather than a distant, abstract problem talked about in a classroom, the downstream effects of unhealthy energy choices came roaring to life as I experienced them in the community. From decreased quality of life to increased health problems, it is painstakingly clear that our society’s addiction to coal comes at an extremely high cost. I hope that more of us in the health professions will call the attention of authorities and advocate for energy options that protect human health and advance human rights. 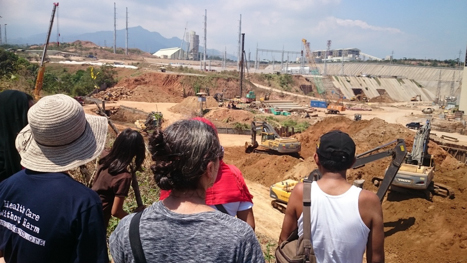