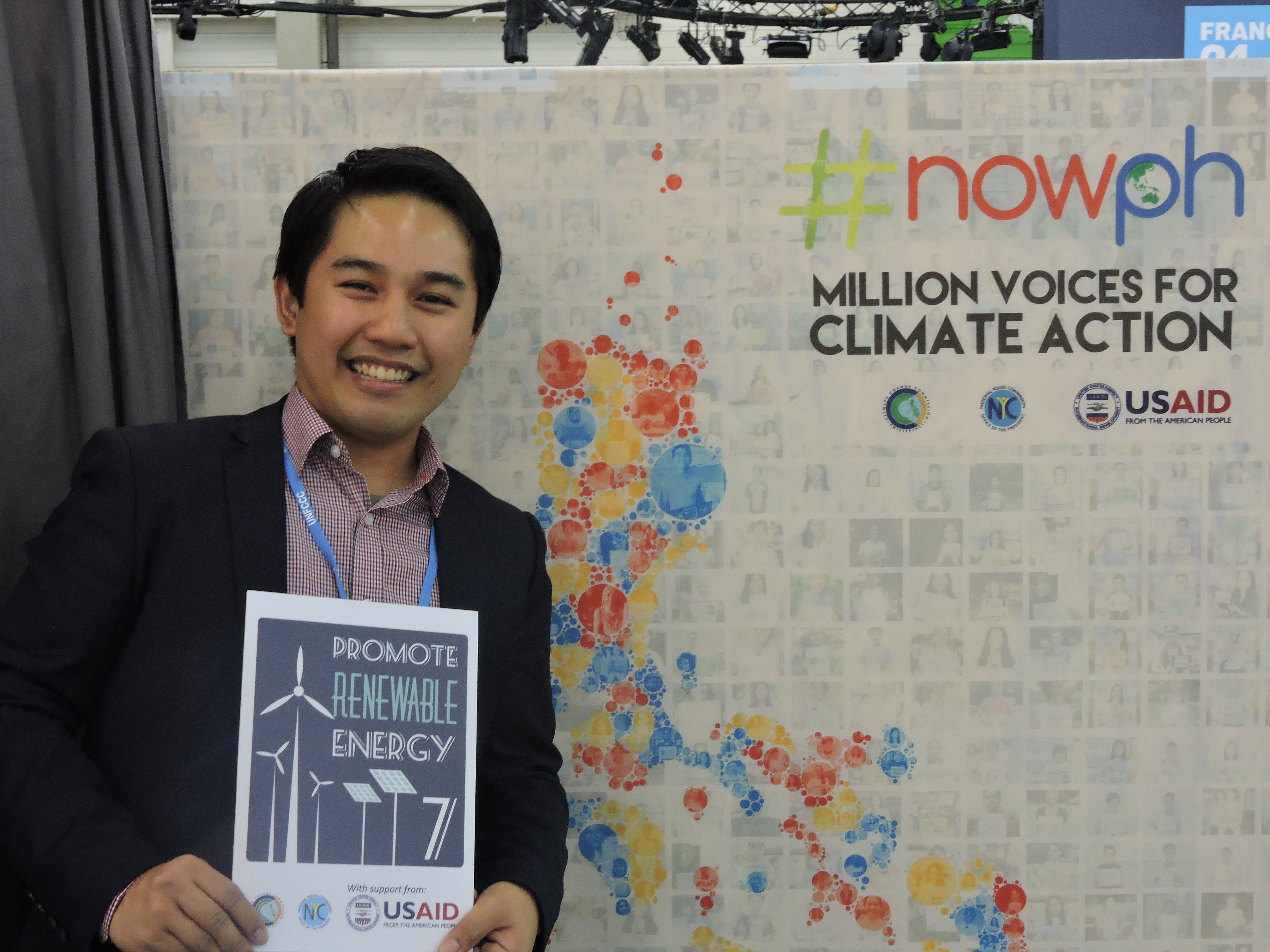 Healthy climate begins at home. Dr. Renzo Guinto posing at the booth of the Philippine delegation at COP 21

It was a deep personal privilege for me to represent the Asia office of Health Care Without Harm in its delegation to the 21st Conference of Parties (COP 21) of the UN Framework Convention on Climate Change held last December. For twenty years, the world’s governments have been negotiating for an ambitious and binding treaty to curb greenhouse gas emissions, keep the global temperature rise below 2 degrees Celsius, and protect the future of the planet and humanity. At last, at COP 21, the Paris Agreement was born. For months, I have been eagerly traversing the “road to Paris,” as being fondly referred to by many, and I am glad to have made it there to witness first-hand this historic moment.

But I recall the Facebook post made last December by Naderev “Yeb” Sano, former Commissioner at the Philippine Climate Change Commission. Referring to the 1,500-km-long “People’s Pilgrimage” that he led from Rome to Paris for 2 months, he said: “We were never walking TO Paris. We have always intended to walk THROUGH Paris. The journey continues.” 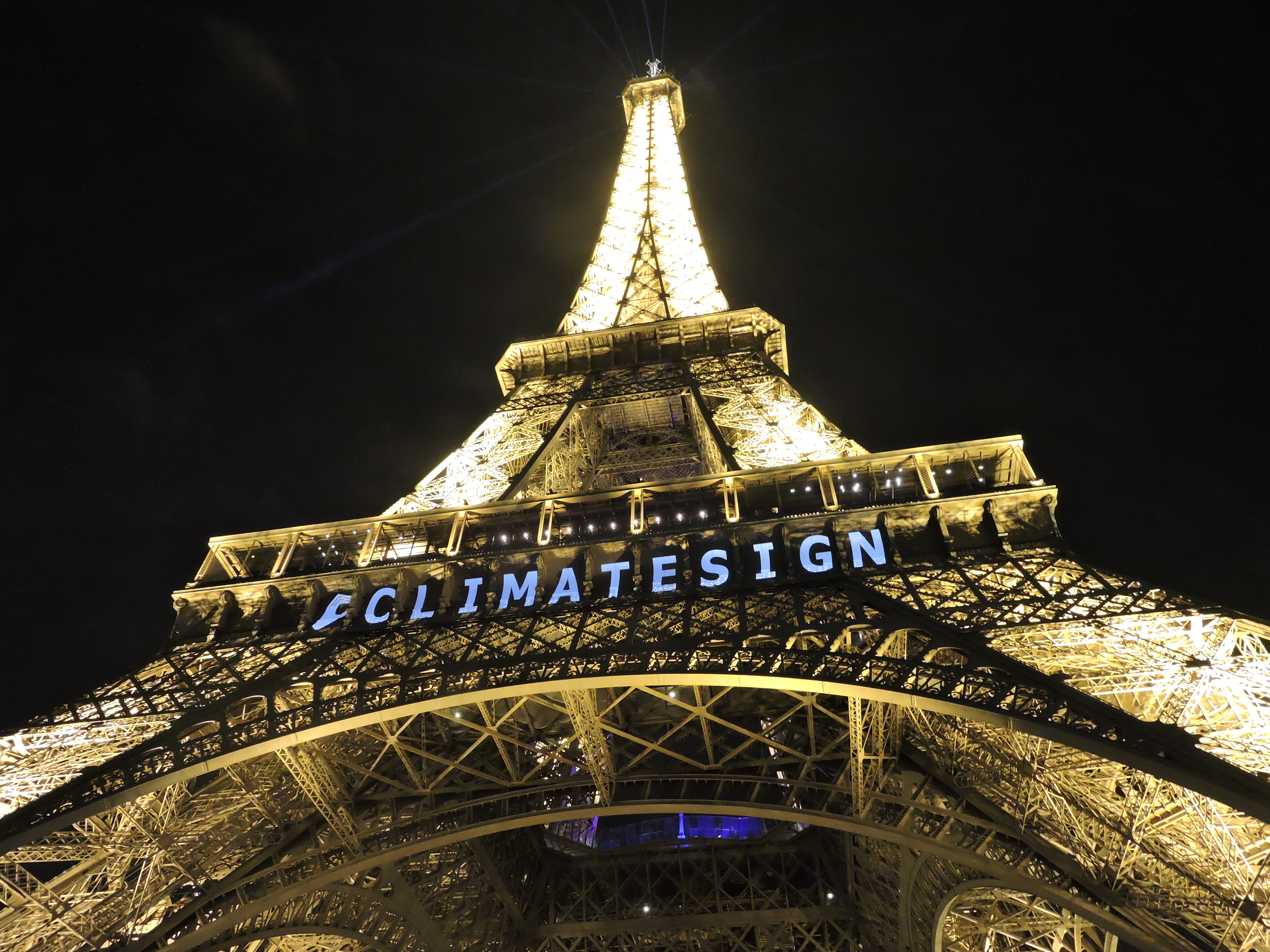 Climate hope in the City of Lights. The Eiffel Tower, in its illuminated grandeur, calling on governments to sign a climate agreement immediately.

I couldn’t agree with him more. The Paris Agreement may be reflecting a truly global consensus (at least from the perspective of governments) around climate action for the first time, but its fine print does not necessarily meet the level of ambition that science prescribes and people demand. The 1.5 degrees Celsius target may have already made it in the text, but the Intended Nationally Determined Contributions (INDCs) submitted by countries prior to COP 21, which have now become the basis for mitigation efforts by countries under the Paris Agreement, are certainly not sufficient to keep the world’s temperature rise even at 2 degrees. Human rights are mentioned in the preamble, but this part has weak bearing on the executory sections of the agreement. And of course, implementation of this treaty is still yet to be guaranteed, especially in a global governance system where most declarations and agreements end up being words on a page (or in the case of the Paris agreement, 31 pages). Indeed, Paris was just a stop-over, definitely not the destination, but still a rare opportunity to bring climate action to the next level. (For an easy-to-read summary of the Paris Agreement, see this infographic.)

Nonetheless, Paris was a watershed moment not only for the world’s governments, but also for the global climate justice movement. It served as the covenant, the commemoration, and the culmination of all actions that led to COP 21 – from meaningful participation by NGOs at the national level as countries developed their INDCs; to dedicated advocacy in the pre-Paris meetings in Bonn to ensure human rights, health, and the marginalized are explicitly written in the treaty’s text; to the street marches from New York to Manila to Melbourne to express the voice of the people. The events of 2015, COP 21 included, made the movement much stronger, much bigger, and much more deeply rooted in communities where climate change is not anymore a concept, but a reality.

In particular, the global climate and health community has also transformed into a more powerful force at COP 21. From a small roundtable in Copenhagen (COP 15), now the movement has its own Climate and Health Summit, organized by the Global Climate and Health Alliance of which HCWH is a founding member, alongside a series of side events. Furthermore, nearly a dozen organizations and networks presented declarations calling for climate action for health and by the health sector. Of course, we climate and health advocates did not leave Paris without beginning to discuss a post-COP 21 plan.

Our organization, HCWH, played a crucial role in highlighting not just how climate change will affect health, but also how the health sector can make a positive contribution to climate action. At the Paris International Conference on Climate Change and Health Care that we organized in partnership with the French Hospital Federation and others, we recognized an initial 15 hospitals and health systems that joined our 2020 Health Care Climate Challenge and made ambitious commitments to reduce their carbon footprint as a way of ‘walking the talk.’ In addition, we at the Healthy Energy Initiative co-organized the Cost of Coal Film Festival showcasing powerful short films from Australia, China, Colombia, Philippines, Russia, and South Africa, all of which documented the impacts of coal on human health. Our film from the Philippines, “The Big Show,” was a shining testimony demonstrating that the transition to healthy renewable energy is possible – and the health sector can lead by example. At the Climate and Health Summit, we also announced our Paris Platform for Healthy Energy that encapsulated our call for cutting our addiction to fossil fuels and was endorsed by 44 organizations from around the world. 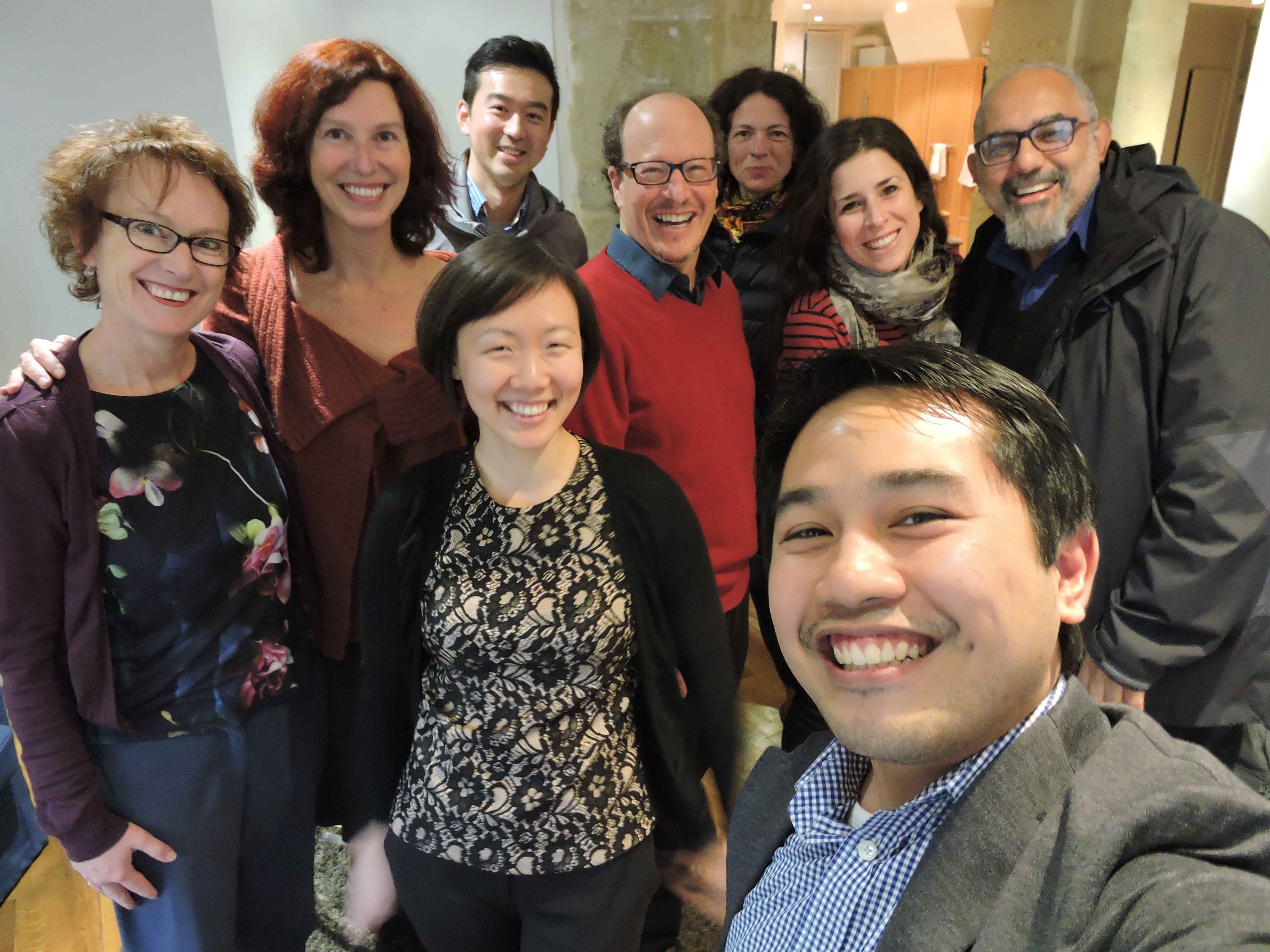 Despite all things beautiful that happened in Paris, the climate crisis remains unabated. Coal power plants especially in poor countries continue to emit particulate matter and noxious gases, and mega-cities like Delhi and Beijing remain intoxicated with air pollution that result in enormous health costs. Despite the inspirational words uttered by President Aquino in Paris, he recently inaugurated a 300-megawatt coal-fired power plant in Davao City less than a month after COP 21. Chennai is still recovering from intense flooding which was considered the worst in a hundred years, and the Philippines is bracing for another supertyphoon that may hit the country anytime in the future.

Furthermore, the two biggest global health funders, Gates Foundation and Wellcome Trust, are yet to divest their fossil fuel assets despite a global online campaign, while in many countries, health impacts are still not accounted for in the selection of energy sources and pricing of electricity generation. Governments still need to flesh out their INDCs to clarify their energy-related mitigation measures, and cities are yet to redesign their transport systems to reduce vehicle use, promote active transport, lessen short-lived climate pollutants, and improve air quality overall. The recommendations of the 2015 Lancet Commission on Health and Climate will still need to be digested by the health community and the broader society.

Indeed, Paris is a cause for celebration, but with the long list of sad realities that are happening outside of Paris, we cannot relax too long on our short-lived achievement and therefore must begin getting back to work. Of course, let us use the Paris Agreement to hold governments to account and to demand for more commitments in succeeding COPs to come. But perhaps equally important, in our unfinished work towards global transformation, let us continue drawing inspiration from the declarations we ourselves wrote, the initiatives we started, and the communities we mobilized. The way to healthy energy, healthy climate, and healthy people is not leading to Paris but only through it.

Renzo Guinto, MD is the campaigner for the Healthy Energy Initiative of Health Care Without Harm-Asia.