Over 50 researchers, policy-makers, and advocates in public health, energy, environment, law, finance, and economic development gathered to learn the principles and process of HIA as well as discuss challenges and opportunities in the use and institutionalization of HIA in the Philippines and across the globe.

According to the World Health Organization, HIA refers to a “combination of procedures, methods and tools to systematically evaluate the potential effects of a policy, program or project on the health of a population (positive or negative, direct or indirect) and the distribution of those effects within the population.”

“The HIA process seeks to predict the nature and magnitude of a policy, plan, or project’s downstream impacts on health,” said Dr. Linda Rudolph, one of the workshop speakers who currently serves as director of the Center for Climate Change and Public Health at the Public Health Institute in California. “Ultimately, HIA is one tool that can be helpful in influencing the outcome of the decision-making process.”

To ensure dynamic and interactive learning, different methods were employed in the workshop such as lectures, panel discussions, case study presentations, and group exercises. Topics that were tackled include: current challenges in the intersection of climate change, energy, and public health; principles and steps of the HIA process; and issues on policy and practice of HIA especially as applied to the energy sector.

“Energy policies and projects have huge implications for human health,” stated Jennifer Wang, global coordinator of the Healthy Energy Initiative, “and therefore HIA offers an opportunity for these health dimensions to be highlighted for consideration in decision-making.” 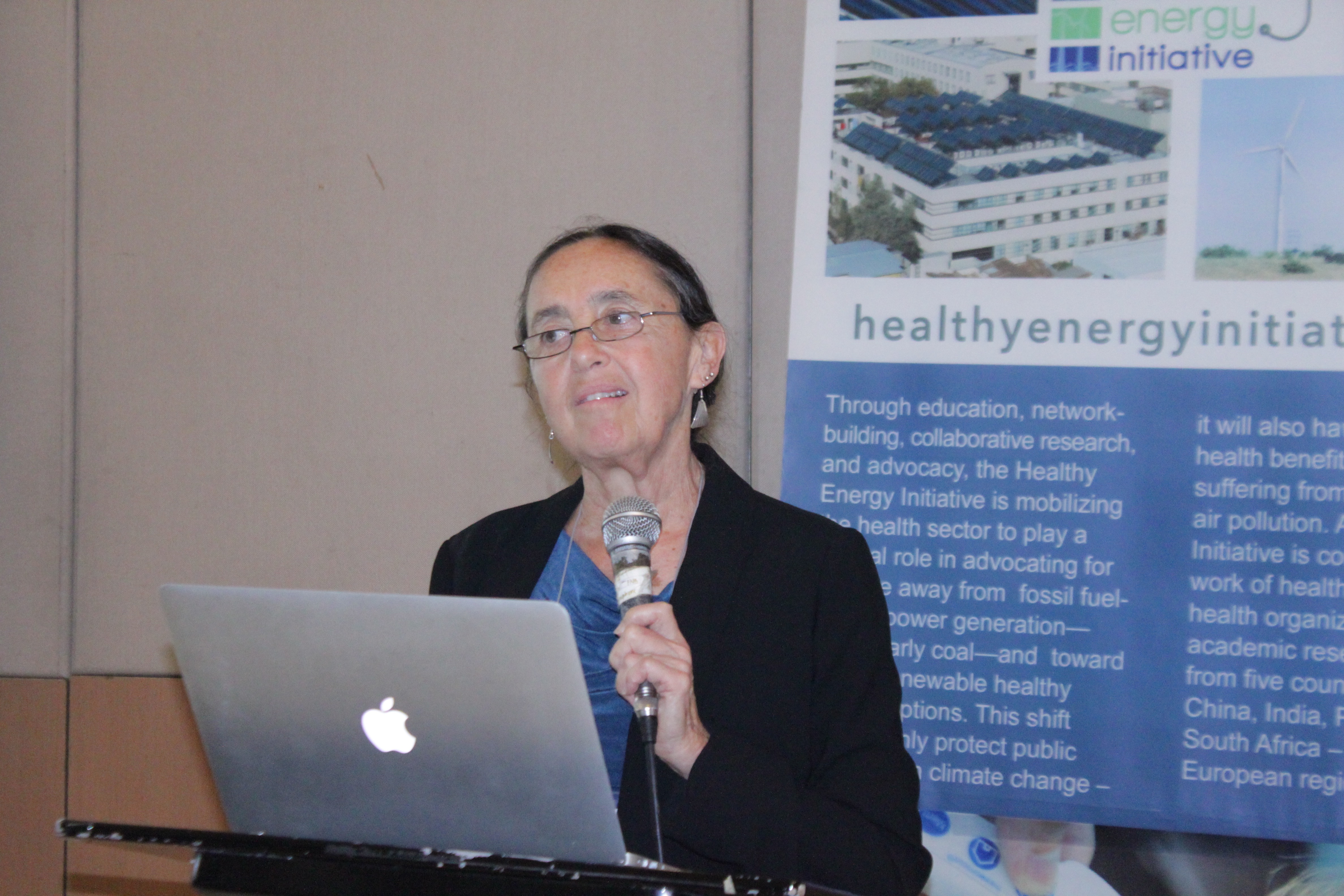 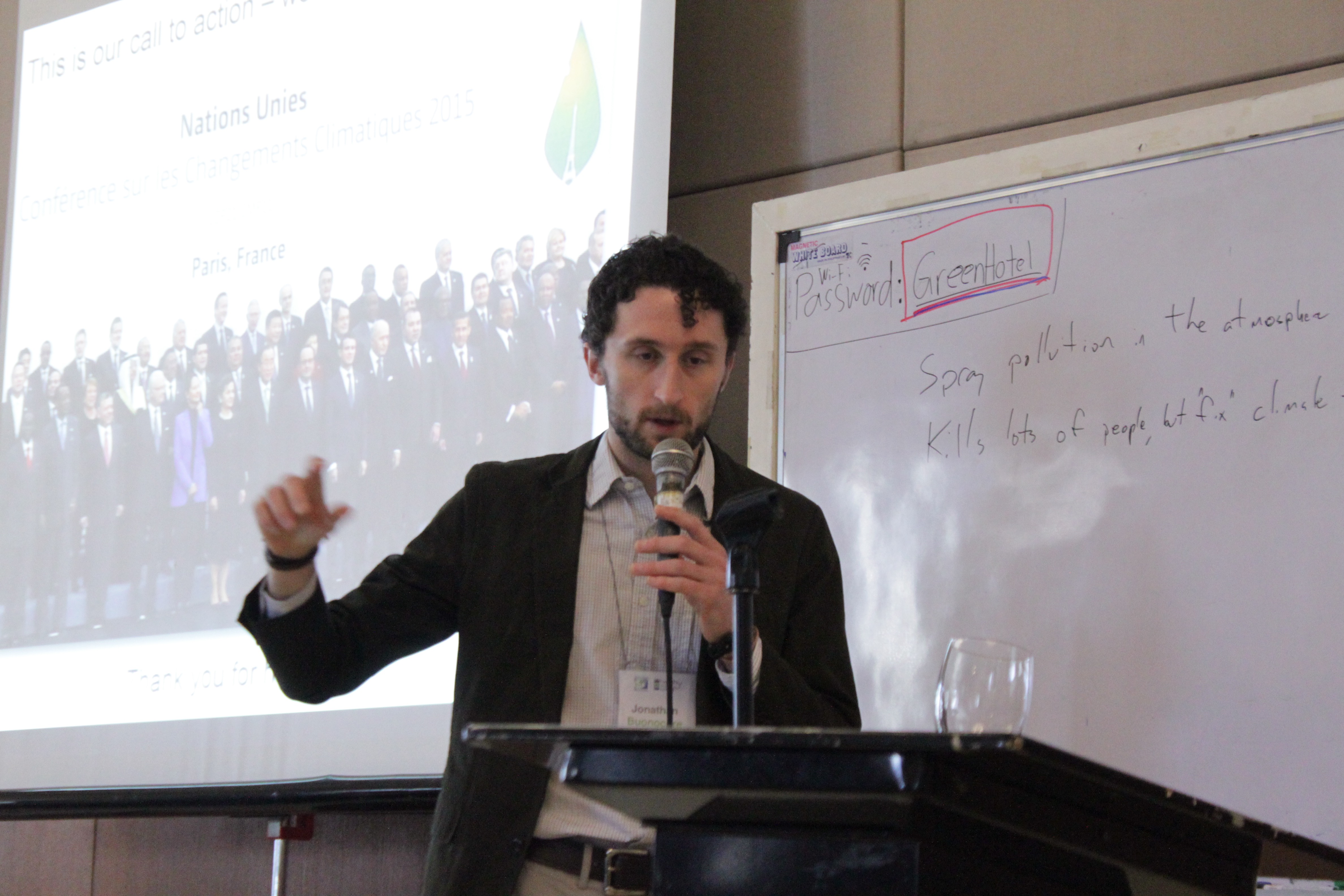 Mainstreaming HIA in the Philippines

The timing of the workshop is ripe as the Philippines, despite its vulnerability to climate change, continues to build additional coal-fired power plants, whose health effects have already been established in scientific literature. A recent report released by Greenpeace and Harvard University estimated that as much as 2,400 deaths each year may result from both existing and proposed coal plants.

“HIA can be a powerful instrument to stop coal plants and promote renewable energy in the Philippines,” urged Dr. Renzo Guinto, Philippine campaigner of the Healthy Energy Initiative, “and therefore we in HCWH-Asia commit to work with the Philippine government and other stakeholders to ensure that HIA becomes a requirement for approving energy projects.”

Unfortunately, at present, HIA is a small component of the Environmental Impact Assessment (EIA) process that is required by law for environmentally critical projects, and there is limited domestic capacity to design, conduct, and evaluate an HIA among practitioners and regulators alike.

“We in the Department of Energy welcome the participation of the health sector in energy policy and planning,” stated Jesus Tamang, director of the Energy Policy and Planning Bureau of the Philippine Department of Energy, who gave a presentation about the current energy situation in the Philippines during the workshop. “We definitely support the proposal to institutionalize HIA as part of the approval process,” he added.

Over 50 representatives from the government, civil society, academe, and private sectors participated in the workshop.

Learning from neighbors and evidence

The Filipino participants were encouraged to learn that Thailand, a neighboring Southeast Asian country, already possesses a strong HIA system. The Thai constitution mandates the consideration of health in the planning of policies and projects such as those in the energy sector, and government is required to provide funding to communities demanding for the conduct of an HIA.

“In Thailand, HIA is not a scientific process with social input; rather, it is a social learning process with scientific input,” shared Suphakit Nuntavorakarn, an HIA practitioner from the Healthy Public Policy Foundation based in Thailand. During the workshop, he presented numerous examples of HIA conducted on a wide array of projects, ranging from coal plants to wind farms.

In order to provide participants with the latest research findings that can support local HIA initiatives, existing evidence about the health costs of coal as well as the health benefits of renewable energy were presented by Dr. Jonathan Buonocore, team leader of the climate, energy, and health group of the Center for Health and the Global Environment at the Harvard T.H. Chan School of Public Health.

In 2011, Buonocore and his team concluded that the best estimate of the full cost for the entire life cycle of coal – from extraction to combustion – in the United States amounted to US $175 billion to $523 billion. Later in 2015, in an article in Nature Climate Change, his research found out that a region in the United States can save between US $5.7 million to $210 million per year by adopting different renewable energy or energy efficiency options.

At the end of the workshop, participants were split into various sectoral groups – government, private sector, academia, civil society, and young professionals – and developed action plans to shape the way forward, which will be shared in a later report. 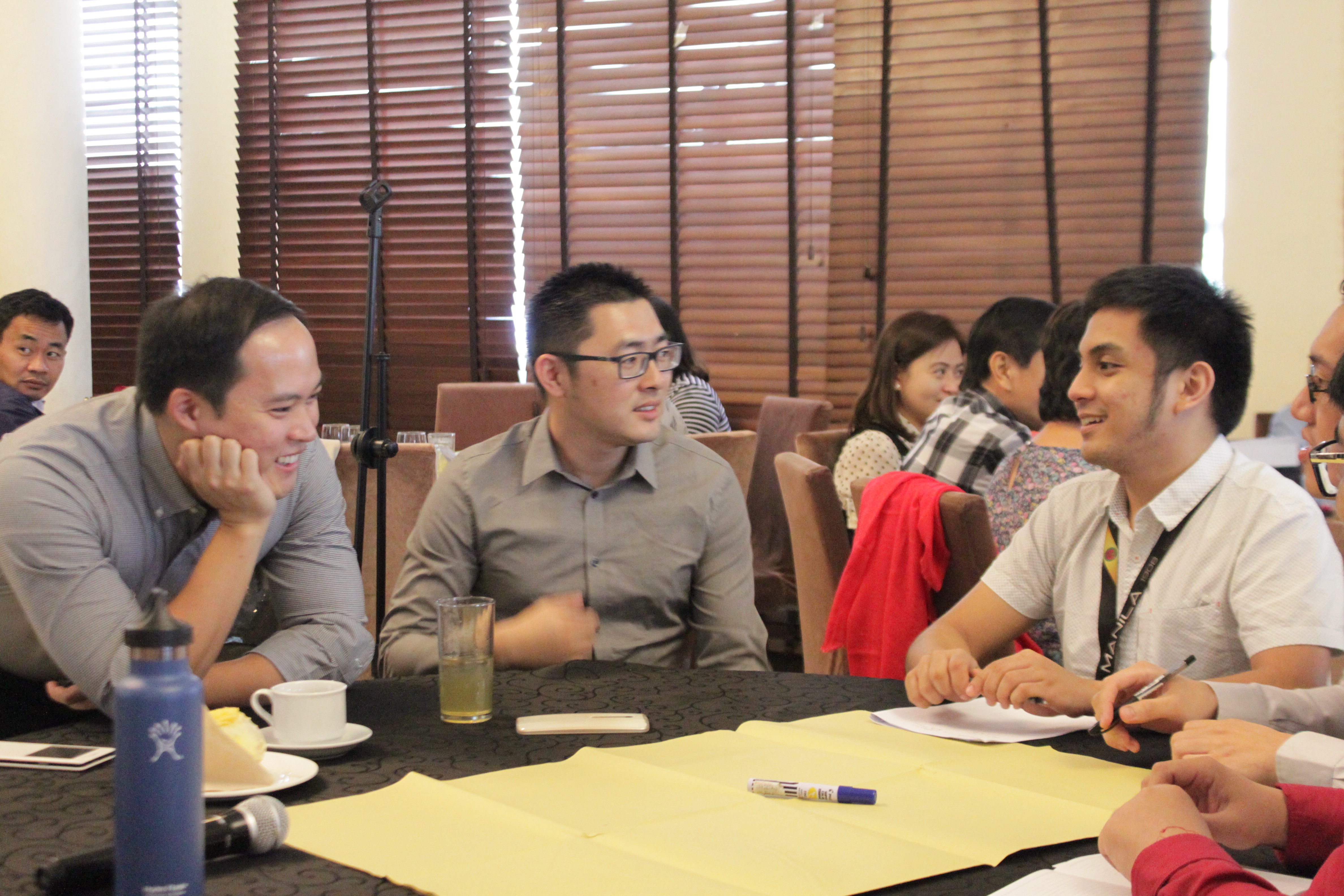 Participants came up with action plans on the further steps to be taken after the workshop.

“This workshop is just the beginning of bigger efforts towards institutionalizing HIA in the Philippines and beyond,” says Ramon San Pascual, director of Health Care Without Harm-Asia. “If Thailand and other developed countries were able to successfully set up an HIA system, the Philippines and the rest of the world can do it too. Having an HIA system is an important step in the road towards healthy energy.”

Here are the links for the concept note and program. An article written by one of the participants is also published here.