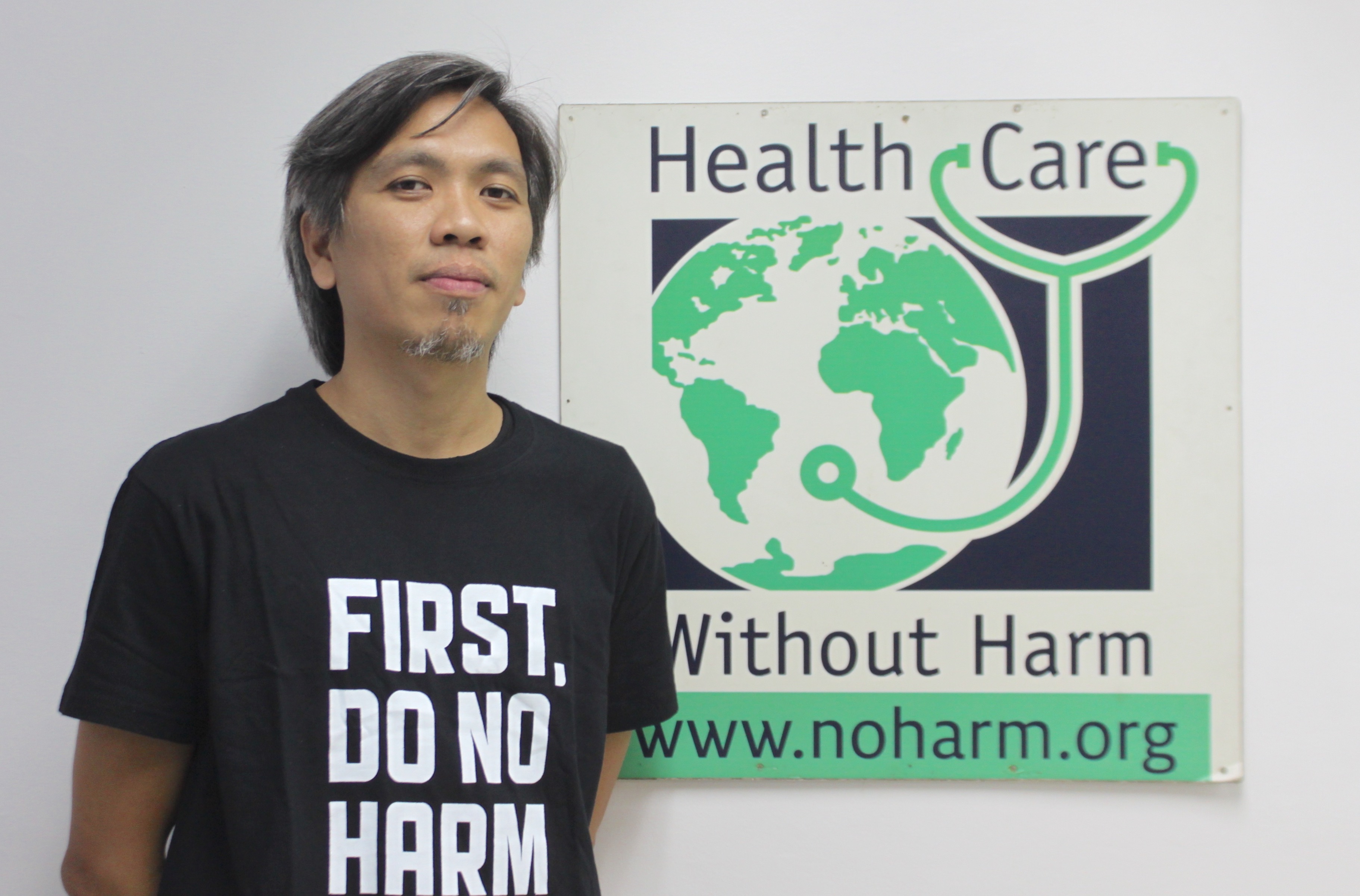 Health Care Without Harm - Asia is pleased to welcome its new campaigner for the Healthy Energy Initiative in the Philippines, Raphael Lopez - widely known as Paeng in the local environmental justice movement.

An environmental advocate since his youth, Paeng has been in the environmental movement since his college days, and had worked as youth convenor, community organizer, project coordinator, and researcher for various conservation organizations.  He has built a career centered on forging alliances and coordinating networks in the Philippine environment and social justice circles as well.

Even before joining the team, Paeng had already been collaborating with HCWH-Asia on various campaigns promoting clean air and healthy environments, first with EcoWaste Coalition and, later, with Global Alliance for Incinerator Alternatives (GAIA).

As Program Officer of GAIA, Paeng led its policy work on banning plastic bags as well as defending and enforcing the Ecological Solid Waste Management Act and the Clean Air Act. He also helped lobby for the inclusion of ecological solid waste management as mitigation and adaptation initiative in the National Climate Change Action Plan of the Climate Change Commission.

With his deep alliances with national environmental and climate justice networks such as Philippine Movement for Climate Justice and Aksyon Klima, Paeng will lead the Healthy Energy Initiative in the Philippines in further widening the network of climate and health advocates in the country.