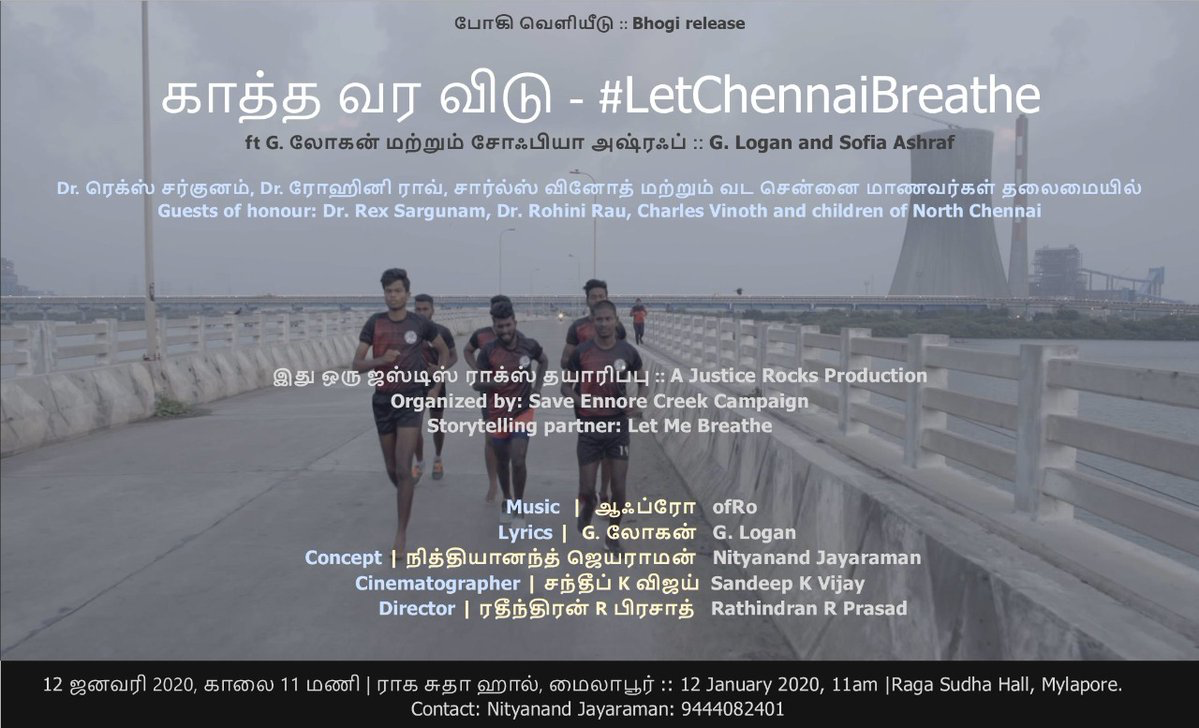 We are launching a campaign to clean up Chennai’s air through a music video titled "காத்த வர விடு: Let Chennai Breathe" at 12:00 Noon on Sunday, 12th January 2020. The song draws attention to the city’s declining air quality. The song is inspired by a true story of regret of a Kabaddi coach from North Chennai that air pollution has hurt the stamina and endurance of today's kids.
How Can You Help?
Take the Breathless Challenge:
Steps on the Breathless Challenge - Make a video with this script:
I’m taking this breathless challenge to test my lung capacity. If I can hold my breath and sing for 25 seconds or more, I have healthy lungs. If not, I may be a victim of air pollution. Let’s see.
Repeat as many times as possible in one breath (Hindi and Tamil versions available only, I am adding both):
HINDI VERSION:
Yaha hawa kali chale
Saans phule phule
Par dum nahi tute
Kabaddi Kabaddi
TAMIL VERSION:
Kaatha Vara Vidu
Moocha Vida Vidu
Kotta Thoda Vidu
Sadugudu; Sadugudu
Final Outcome:
Less than 25 seconds. Hmm. . .Looks like air pollution has hurt me. I’m going to sign a petition to tell the government to clean-up my air.
OR
More than 25 seconds. Hmmm. . .Looks like I may have escaped. Many others may not have. I’m going to sign a petition asking the government to clean up my air.
Tag a Friend:
And I’m tagging "xyz" to take this breathless challenge. #LetChennaiBreathe #KathaVaraVidu