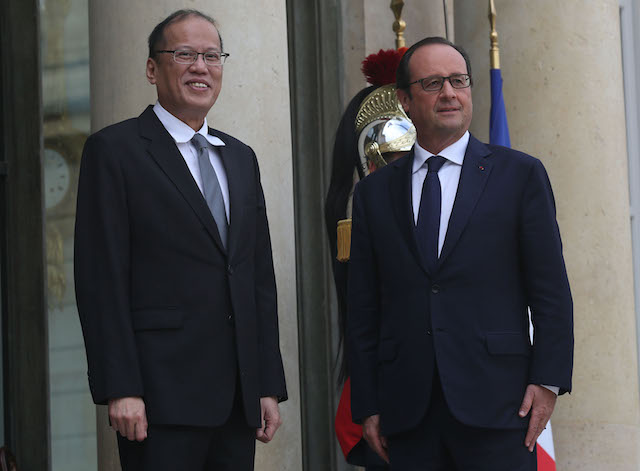 HIS EXCELLENCY FRANCOIS HOLLANDE
President of the French Republic

Subject: Do not forget public health – the climate treaty is a health treaty, too.

We are Health Care Without Harm (HCWH)-Asia, an international environmental and health organization whose mission is to transform the health care sector worldwide to “do no harm” on both people and the planet. For nearly two decades, we have been collaborating with health professionals, institutions, governments, and intergovernmental organizations such as the World Health Organization (WHO) in helping eliminate harmful practices like improper waste management and use of toxic chemicals. Our new campaign, Healthy Energy Initiative, mobilizes the health sector to advocate for healthy energy alternatives – both for a healthier public and a more stable climate.

We write to you today in conjunction with the visit of French President Francois Hollande to the Philippines, a country that is now experiencing the impacts of climate change. We laud the President for choosing to highlight the Philippines as a partner in the global fight against climate change, and we welcome efforts such as this visit that set the tone for the 21st Conference of Parties (COP 21) of the United Nations Framework Convention on Climate Change, which will be hosted by the Government of France in December.

As an environmental health organization, we join the call for a strong, legally-binding, post-Kyoto agreement that will limit the global temperature increase to 2 degrees Celsius above pre-industrial levels. We also call on the Governments of France and the Philippines to not just lead the way to COP 21, but to lead by example. Our two countries should commit to phasing out coal and other fossil fuels and to shift towards healthy renewable energy.

We also hope to reiterate that climate change is not just an environmental or economic issue – it is a public health issue. In 2009 the University College London-Lancet Commission named climate change as “the biggest global health threat of the 21st century,” and in 2014 the British Medical Journal called on the World Health Organization to declare climate change as a “public health emergency.”

In 2014, the Fifth Assessment Report of the Intergovernmental Panel on Climate Change (IPCC) expressed ‘very high confidence’ that the health of human populations is sensitive to changes in weather patterns and other aspects of climate change. The health effects are a result of direct changes such heat waves, floods, droughts, and fires, and indirect channels such as ecological disruptions like crop failures and shifting patterns of disease vectors, and social responses to climate change such as population displacements following prolonged drought.

Furthermore, while the health impacts of climate change globally are enormous, it should be emphasized that these will affect the world’s population unevenly. Health inequalities, as demonstrated in many health indicators from life expectancy to deaths from both infectious and non-communicable diseases, continue to exist, and these are expected to be exacerbated in the era of climate change.

To address these challenges, we, the global health sector, are doing our share. During the COP 18, the Global Climate and Health Alliance, composed of more than a dozen international organizations such as our organization, Health Care Without Harm, developed the Doha Declaration on Climate, Health, and Well-being which called on the global community to act on three main areas: accounting of the health impacts of climate change both domestically and globally; accelerating investments in climate mitigation and adaptation; and engaging the health sector in climate negotiations and action.

In addition, last August 27-29, 2014 in Geneva, the WHO convened the first global Conference on Health and Climate, which aimed to build consensus among leaders from WHO and the UN system, as well as ministers of health and leaders from civil society, academia and other stakeholders. The participants agreed that there is a need to strengthen the resilience of the health sector to address climate change, and that climate mitigation strategies brings about what we call “health co-benefits” – for instance, shifting away from coal and towards healthy renewable energy will help reduce the burden of asthma and other respiratory ailments due to air pollution.
Therefore, we ask Your Excellency, and all government leaders and climate negotiators, as well as the broader society, to please do not forget public health as a central element in climate action – climate justice is health justice. Climate change will alter the conditions for better health, and its health impacts are vast yet inequitably distributed across society. We in the health sector will be one of those who will bear the brunt of climate change, but we will do our share in monitoring health effects, building resilient health systems, and even reducing the carbon footprint of hospitals and other health facilities. Finally, we look at the climate treaty as a health treaty too, and so we hope that the outcome agreement of COP 21 will emphasize the health implications of climate change and will contain bold commitments for climate mitigation and adaptation to ensure the health and well-being of humanity.

We fervently hope that you can convey this message to other world leaders, and in your future meetings and conferences leading to COP 21.

Thank you very much.

For a healthy people and healthy planet, 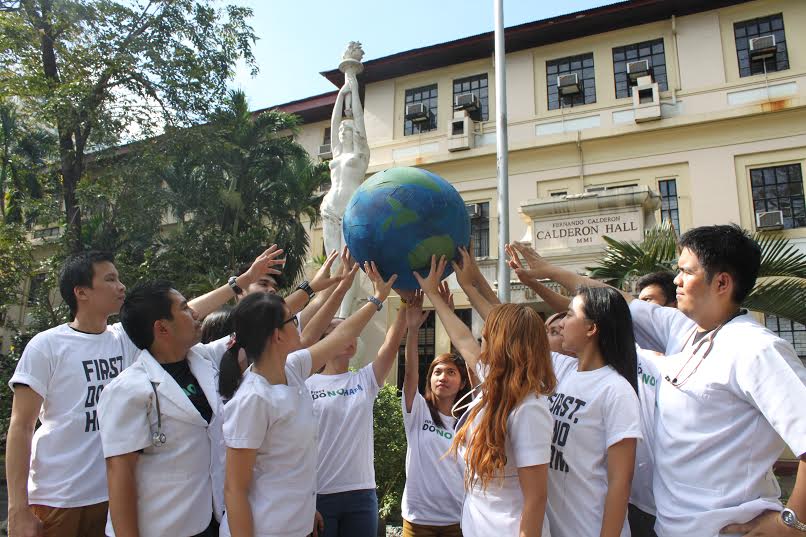