At a World Health Organization pre-meeting on Sept. 22 ahead of the United Nations Secretary General’s Climate Action Summit in New York, Health Care Without Harm shared findings from its recent report on health care’s climate footprint and the collective commitment to climate action by hospitals and health systems around the world. 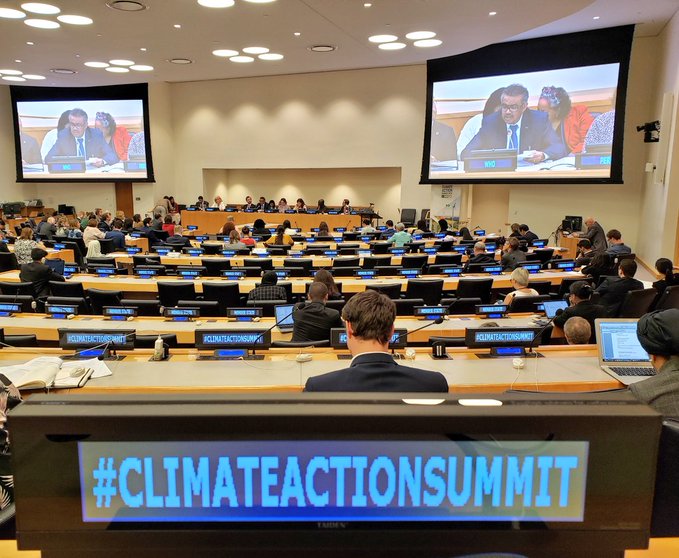 The pre-meeting’s theme was “Climate Action for Health: cut emissions, clean our air, save lives.” Dr. Maria Neira (WHO’s director of Public Health, Environment and Social Determinants of Health) and Dr. Tedros Adhanom Ghebreyesus (WHO’s Director-General) underscored how the climate crisis is a health crisis, calling for commitments to reduce air pollution and climate emissions, and to increase financing to address climate and health. 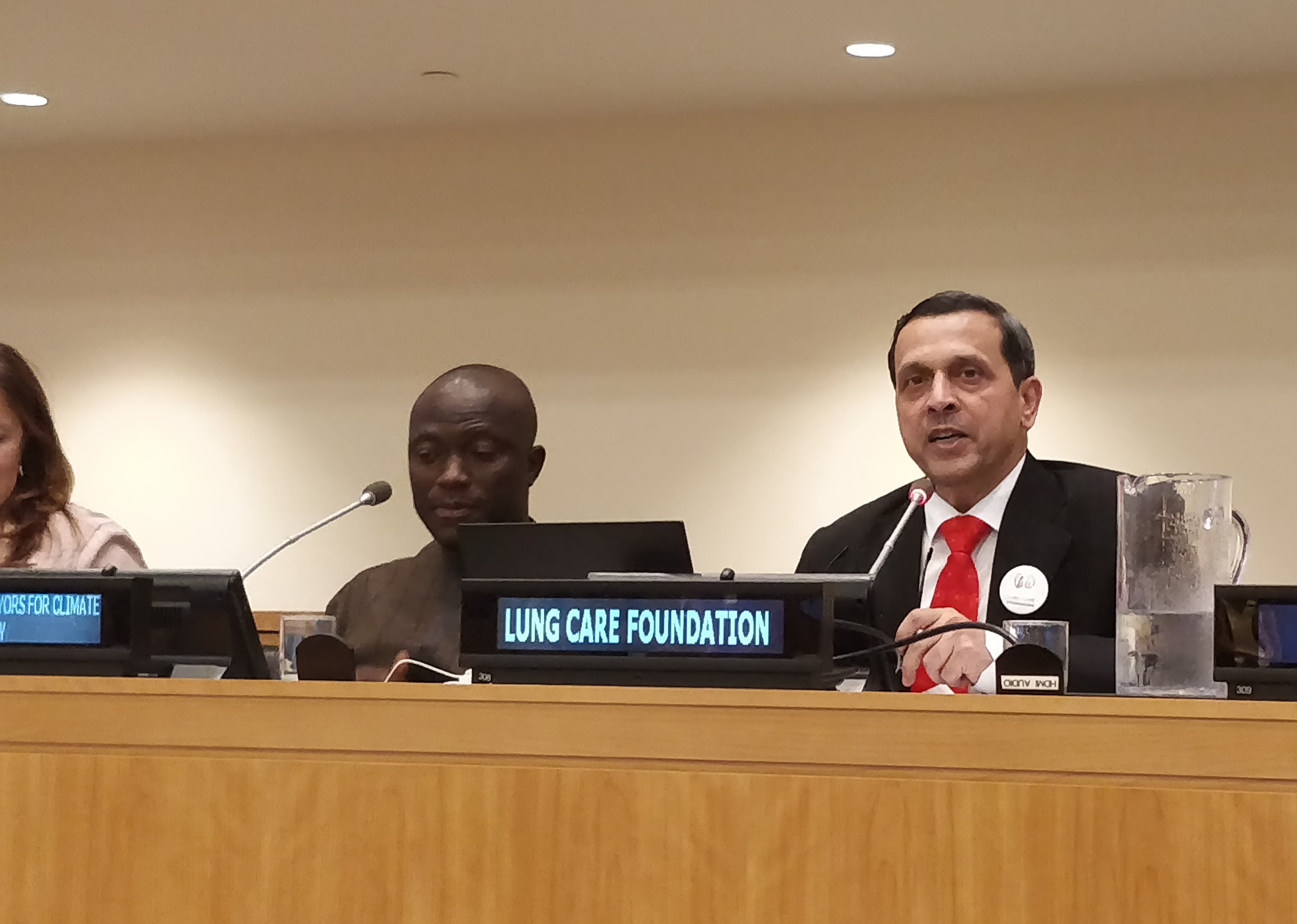 Dr. Arvind Kumar from Lung Care Foundation, a Health Care Without Harm partner in India, delivered a stirring address on the health effects of air pollution throughout all the systems of the human body, and throughout the life course. “If you live in a polluted city, you are a smoker,” he warned, “and this happens with every breath you take from infancy.” Combating the air pollution and climate crises requires urgent multi-sectoral action, including a critical role for health professionals as “motivated motivators” for policy change. 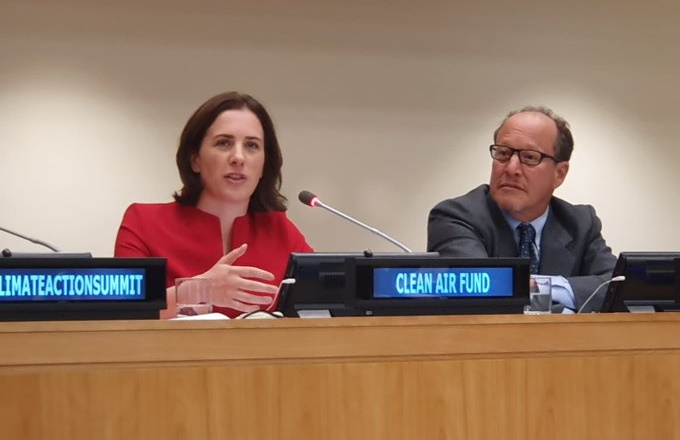 To highlight the state of philanthropic support for clean air, Jane Burston, Executive Director of the Clean Air Fund, hinted at the official announcement she would go on to make the following day at the main Climate Action Summit: the launch of their U.S. $50 million fund--with plans to raise $100 million--to tackle air pollution, improve health, benefit climate change, and improve children’s development. 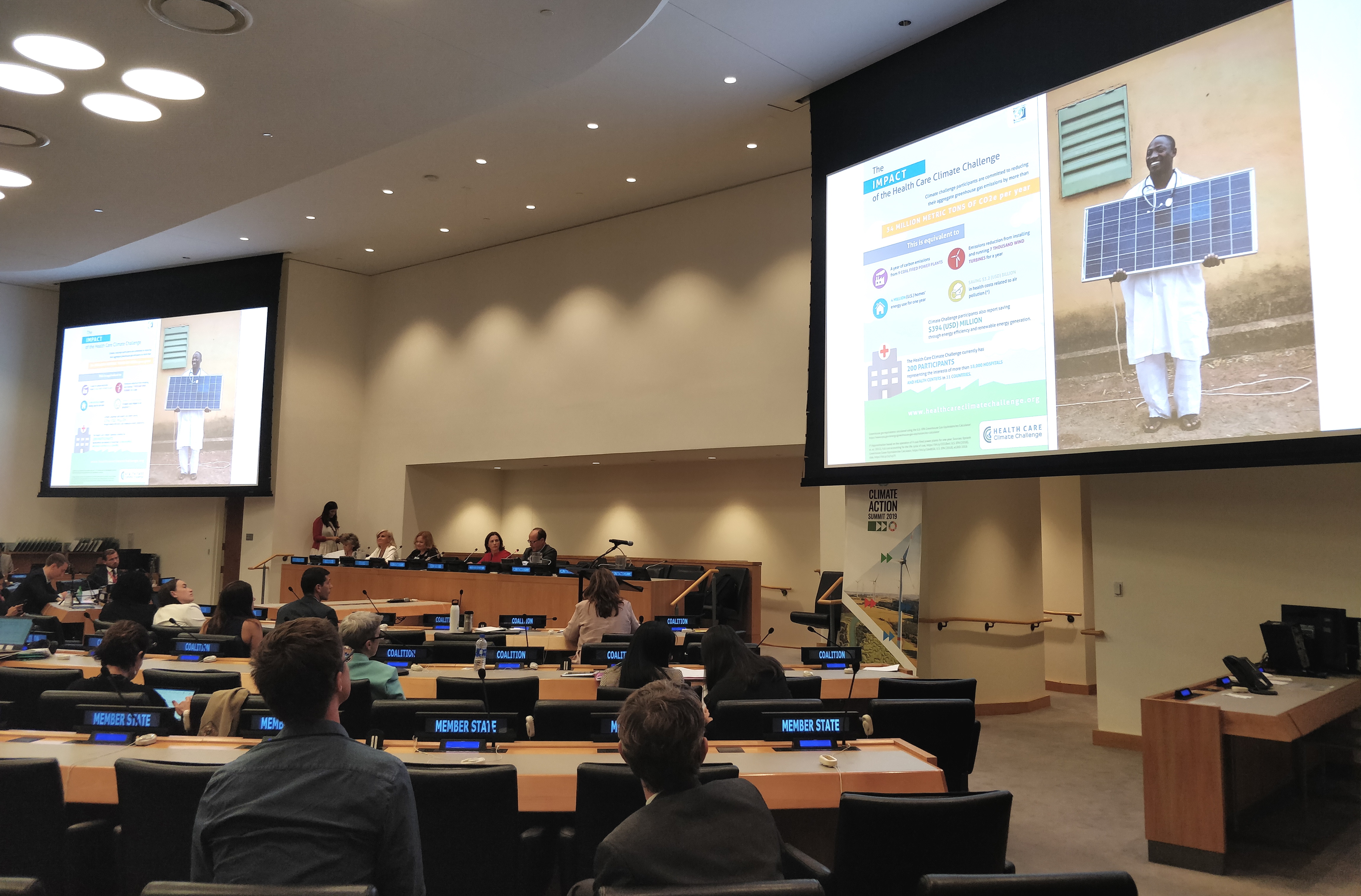 Continuing the focus on solutions, Josh Karliner, Health Care Without Harm’s International Director for Program and Strategy, announced a significant growth in the Health Care Climate Challenge on climate mitigation, resilience, and leadership. Launched in 2015 at the Paris COP, the Challenge now has 200 participating health institutions that represent 18,000 hospitals and health centers in 31 countries. Collectively they have committed to reduce their carbon emissions by more than 34 million metric tons—the equivalent of a year of carbon emissions from 9 coal fired power plants, and saving an estimated U.S. $3.2 billion in health costs related to air pollution. These commitments also mean that participants are saving U.S. $394 million through energy efficiency and renewable energy generation.

View/download the infographic at full size 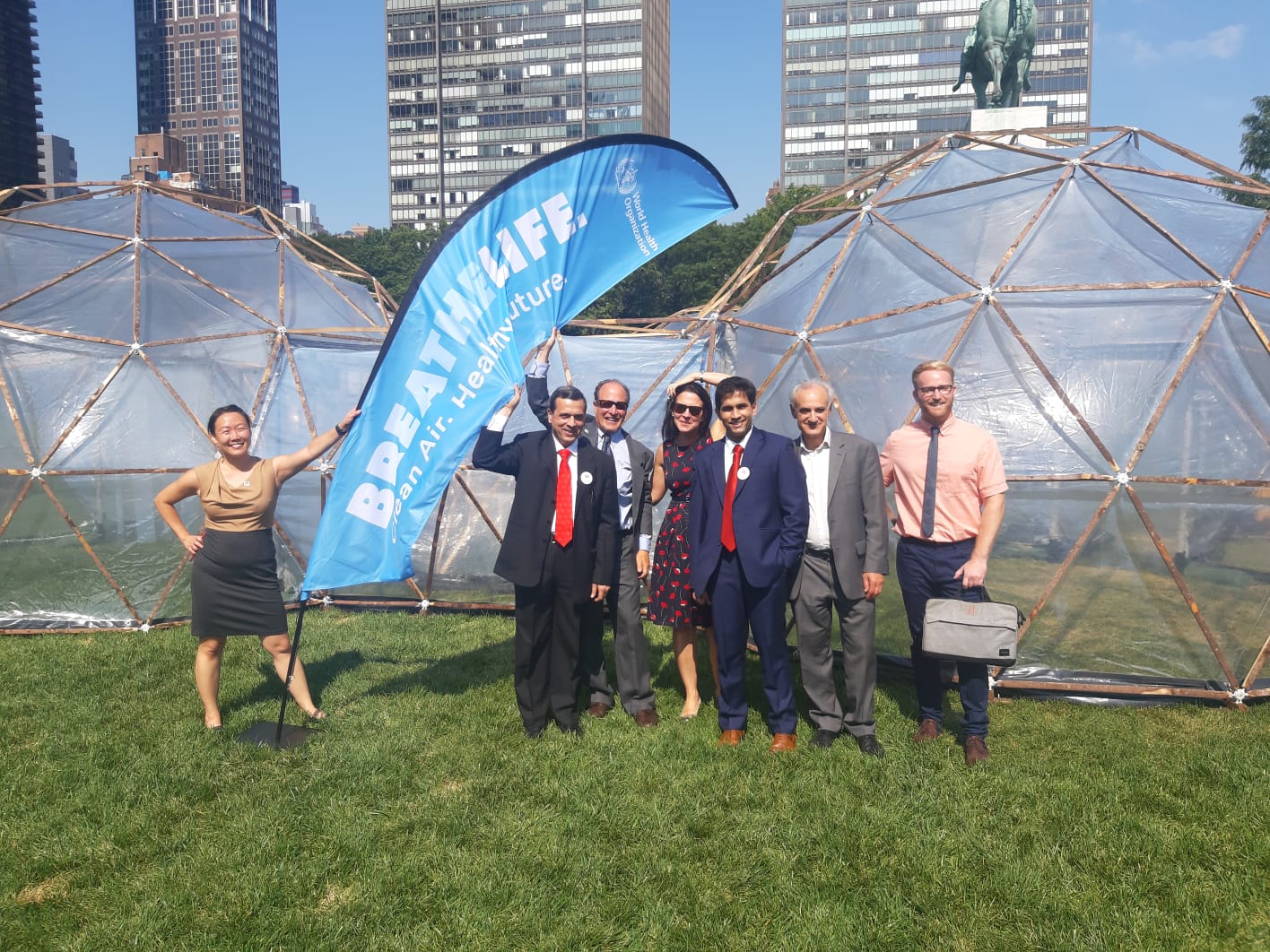 Two weeks ago, my organization HCWH released the first ever global estimate of health care’s climate footprint at simultaneous events in London and Medellín, Colombia.

We found that health care’s greenhouse gas emissions are equivalent to 4.4 percent of all emissions on the planet. That’s the same as emissions from 514 coal fired power plants. If health care were a country it would be the fifth largest climate polluter in the world.

The report makes a series of recommendations to make the sector climate smart and align it with the Paris Ambition, while meeting global health goals. To align with Paris, the sector needs to reduce emissions by 45% by 2030 and reach zero emissions by 2050.

Given its mission to protect and promote health, the sector also has a special responsibility to implement the Hippocratic Oath to “first, do no harm” as it relates to its own climate footprint.
Such a transformation of health care is a major undertaking. Health policies and investment must be retooled to support the move toward zero emissions in both developed and developing countries. Individual facilities and health care systems must also take action.

This is where the commitment that I want to announce today comes in. It is a collective commitment by hospitals and health systems around the world called the Health Care Climate Challenge.

We launched the challenge in 2015 at Paris, with 50 institutions from a dozen countries committing to climate mitigation, resilience and leadership.

Today, I am pleased to announce a significant growth in health care’s commitment to the Challenge. There are now 200 participating institutions that represent 18,000 hospitals and health centers in 31 countries. These hospitals and health systems from all around the world are working to reduce their climate footprint. Many are moving quickly toward 100% renewable electricity and even climate neutrality in Scopes 1 and 2.

Participants come from countries as diverse as Brazil and Colombia, South Africa and Morocco, India, China, Nepal and the Philippines; England, Sweden and Germany; the United States and Canada. They are demonstrating to their colleagues and the world that it can be done.

And here is their commitment: collectively, reporting institutions have committed so far to annual emissions reductions of 34 million metric tons every year. Let me put that in context for you. It’s equivalent to reducing emissions from 9 coal fired power plants to zero and replacing them with 7,000 wind turbines. We calculate that the emissions eliminated by these commitments will save $3.2 billion US dollars in health costs related to air pollution. Participating institutions also already report saving nearly $400 million already through energy efficiency and renewable energy deployment.

This collective commitment represents almost 2 percent of all health care emissions in the world. It’s a good start. And, it is not enough. We need to scale this effort up. And we will.

We will return in coming years and report to you engagement from thousands more hospitals and ever greater reductions as the sector moves toward zero emissions.

Thank you very much.