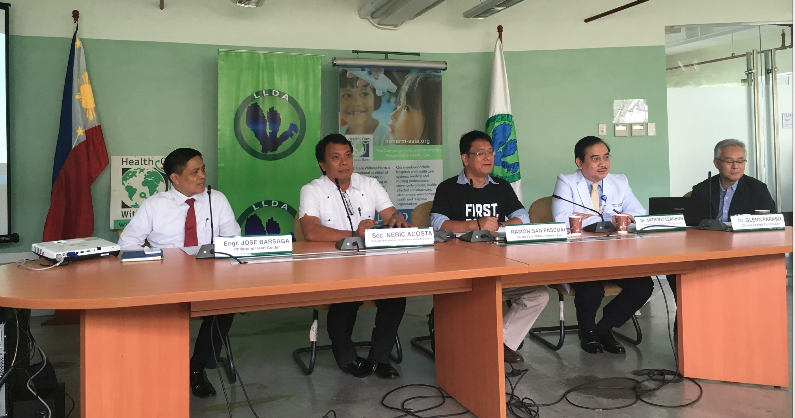 Health and environmental advocates came together to urge the incoming administration of President-elect Rodrigo Duterte to come up with a cohesive and responsive health strategy that recognizes climate change as a threat to public health.

In a press conference organized by Health Care Without Harm - Asia (HCWH-Asia) and the Laguna Lake Development Authority (LLDA), representatives from from the Climate Change Commission, the Philippine Heart Center, Philippine College of Physicians and civil society emphasized how climate change poses serious threats to Filipinos’ health, the Philippines being one of the most climate-vulnerable countries in the world.

“Climate change is now recognized as the biggest global health threat of the 21st century. We are seeing both its gradual and drastic effects on health, from subtle increases in infectious diseases to disability and death as a result of natural disasters,” explained HCWH-Asia Director Ramon San Pascual.

“The climate issue is also an issue of social justice, because it is the poor who are most affected by the drastic impacts of climate change. We appeal to the administration of President-elect Duterte to heed our call by upholding laws that protect both the environment and people’s health, promoting the use of renewable energy sources, and supporting climate-resilient and environmentally sustainable hospitals and health systems,” continued San Pascual.

During the 69th World Health Assembly in Geneva last month, the Philippines co-hosted a forum on climate and health as Chair of the Climate Vulnerable Forum, which is represented by 43 developing countries most affected by climate change.

At the forum, participating nations agreed that governments worldwide should intensify policies, from implementing mitigation measures to reducing health sector’s carbon footprint and strengthening health systems to be climate-resilent.

In the Philippines, the Philippine Heart Center (PHC) has been showcasing leadership in greening health care through their various programs geared towards reducing their carbon emission through the use of solar powered energy, energy efficiency, sustainable waste management, and green procurement. The PHC is also part of Health Care Without Harm’s Global Green and Healthy Hospitals network.

The group also welcomed Executive Order No. 206, which President Noynoy Aquino recently signed to provide for the adoption of a policy that would ensure the availability and sustainable management of the country’s renewable energy sources.

EO No. 206 supports the Climate Change Commission’s (CCC) Resolution No. 2016-001which will set in place a clear government policy on coal-fired power plants, the biggest source of man-made carbon emissions.

“Energy choices and policies have a major impact on both climate and health,” added San Pascual. “We welcome EO No. 206 and CCC’s Resolution No. 2016-001 and hope President-elect Duterte will continue to uphold RA 9513 or the Renewable Energy Act and that he will support more policies that promote our transition to healthier energy sources.”

“Climate change is the defining issue of our time, and we should put people’s health at the center when we address the climate crisis.   We are optimistic that because President-elect Duterte is a champion of social justice, he will also champion the Filipinos’ wellbeing through climate and environment policies that protect our ecosystems and public health.”