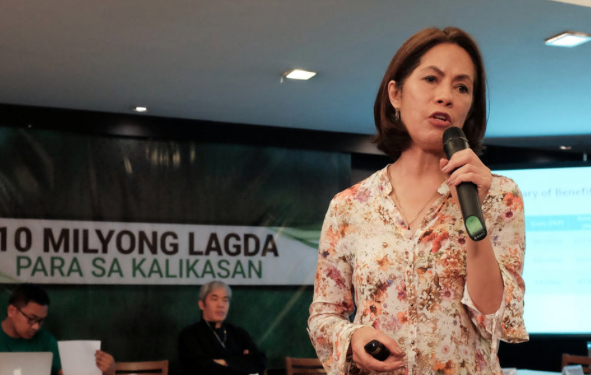 A boost to social and health justice

“Gina Lopez is a dynamic leader and champion of environmental causes and has helped the environmental network in the Philippines to bring our issues to the forefront,” expressed Health Care Without Harm - Asia’s Director Ramon San Pascual. “We believe that under her leadership, there will be greater efforts within DENR  to link public health with environmental health, including air pollution caused by dirty coal.”

“Ms. Lopez’s appointment and her firm stand against coal and mining will give a strong boost to the environmental and climate justice movement in the country,” added San Pascual. “As part of the Green Thumb Coalition, HCWH-Asia has been urging the government to cut our use of fossil fuel based energy and transition to renewable energy sources which has more health and even economic benefits.”

Health Care Without Harm – Asia recently presented their appeal to President-elect Duterte to respond to the health impacts of climate change, emphasizing that the Philippines is one of the most climate-vulnerable countries in the world.  The group is urging the incoming administration of Duterte to protect Filipinos’ health by transitioning from fossil fuel-based energy and promoting renewable energy sources, building and supporting environmentally sustainable and climate-resilient hospitals, and upholding and strictly implementing environmental laws.

“Climate change is a public health crisis,” said San Pascual. “We believe with Ms. Lopez’s appointment as DENR Secretary, the issue of climate change  as a serious threat to Filipinos’ health, especially the poorest of our people, will be given greater attention, Ms. Lopez being a stalwart of environmental and social justice,  and a strong defender of the most vulnerable.”