News posted by hcwhasia on September 5, 2022

Air pollution is the largest contributor to the burden of disease from the environment and is one of the main avoidable causes of death and disease globally.

99% of the world’s population is now breathing polluted air, warns the World Health Organization (WHO). 7 million people die each year due to air pollution, with 90% of them in low- and middle-income countries (WHO, Lancet Planetary Health).

Air pollution knows no national borders and is all pervasive. Moreover, it is strongly correlated to other global crises such as climate change, biodiversity loss, other forms of pollution, social and gender parity as well as economic development. 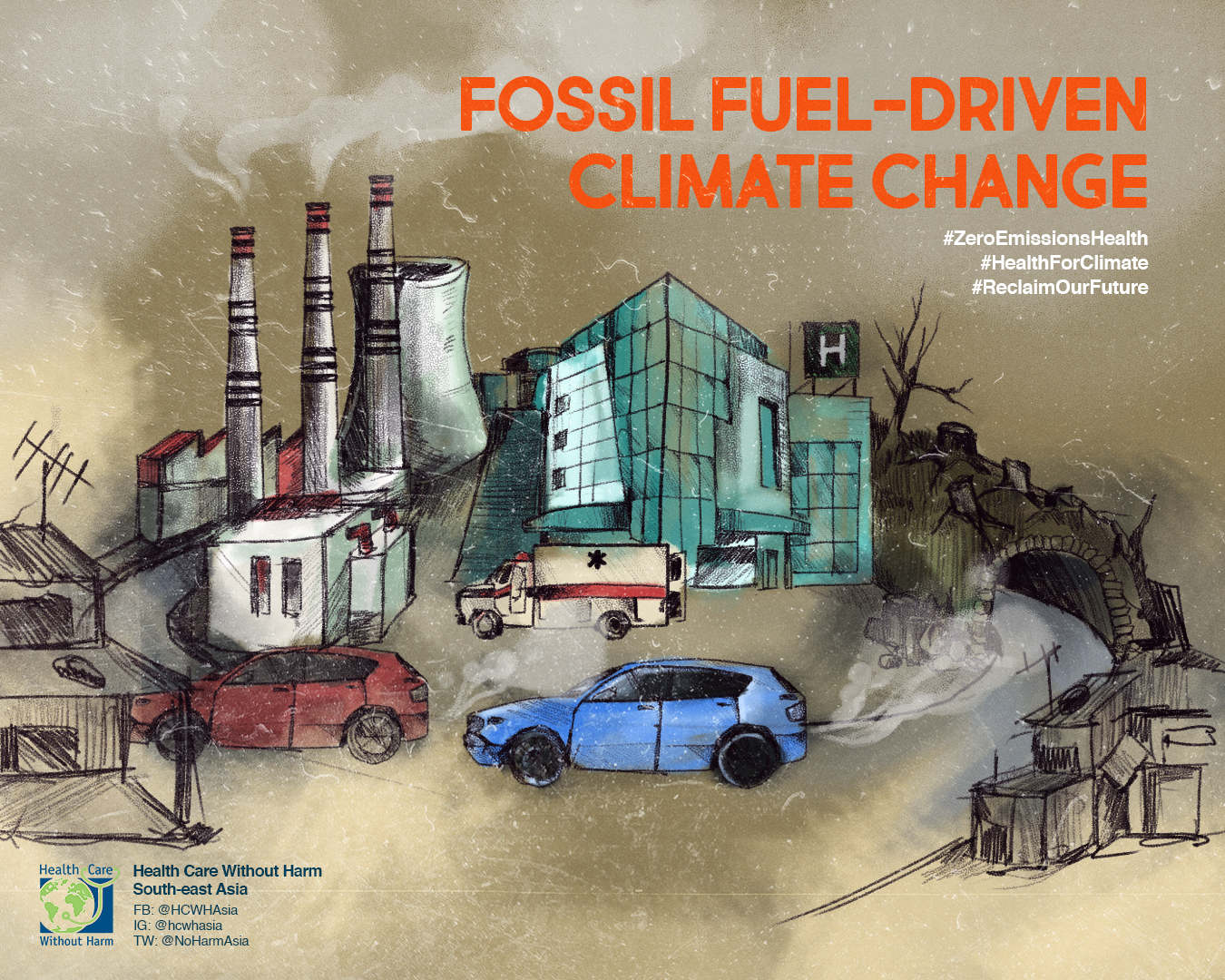 In the Philippines, air pollution from fossil fuels was responsible for between 11,000 to 27,000 premature deaths in 2018. Furthermore, air pollution from 28 coal plants in the country causes 1,300 new cases of child asthma per year. Sustained and continuous improvements to air quality through the reduction of emissions at the source is the most important strategy for controlling ambient, outdoor pollution. This can only be achieved through stringent air-quality regulations, which needs to be informed by comprehensive empirical and real-time data.

In Indonesia, its abundant coal reserves take up more than 40% of its energy mix. 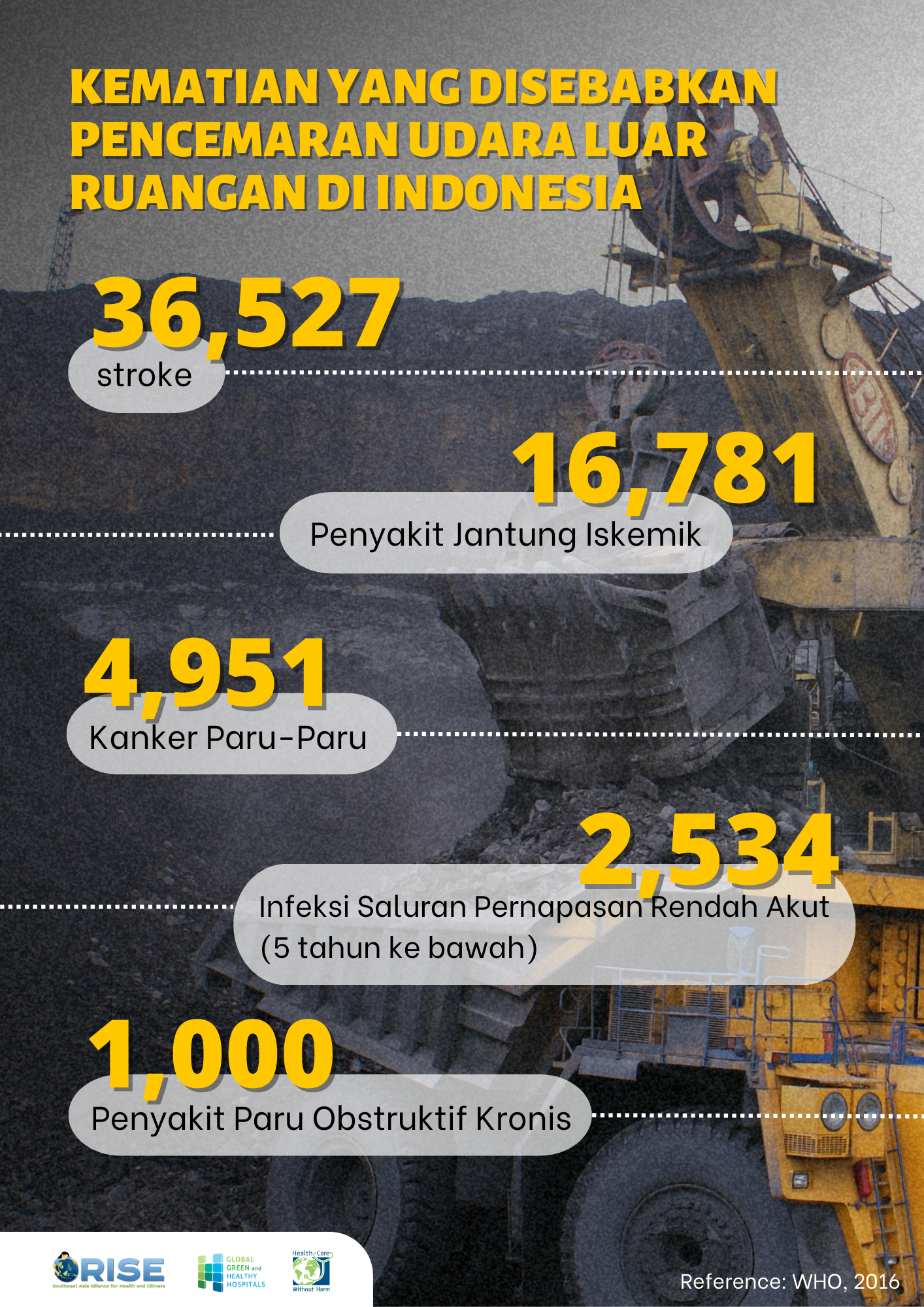 Despite the government’s commitment to halt all new coal plants by 2023, there are still the 35,000 MW and 7,000 MW coal projects that are set to be completed by state-owned PT Perusahan Listrik Negara at the end of the said year. According to a 2015 Harvard University and Greenpeace Southeast Asia research, coal plants in Indonesia are responsible for an estimated 7,100 premature deaths per year. While deaths attributable to outdoor air pollution incorporate the following: 36,527 cases of stroke, 16,781 died from ischemic heart disease, and 4,951 from lung cancer. Subsidies to coal can lock the country into a future of high electricity and health costs, but can be reversed if the government urgently and rapidly divest from coal and other fossil fuels and invest in healthier sources. 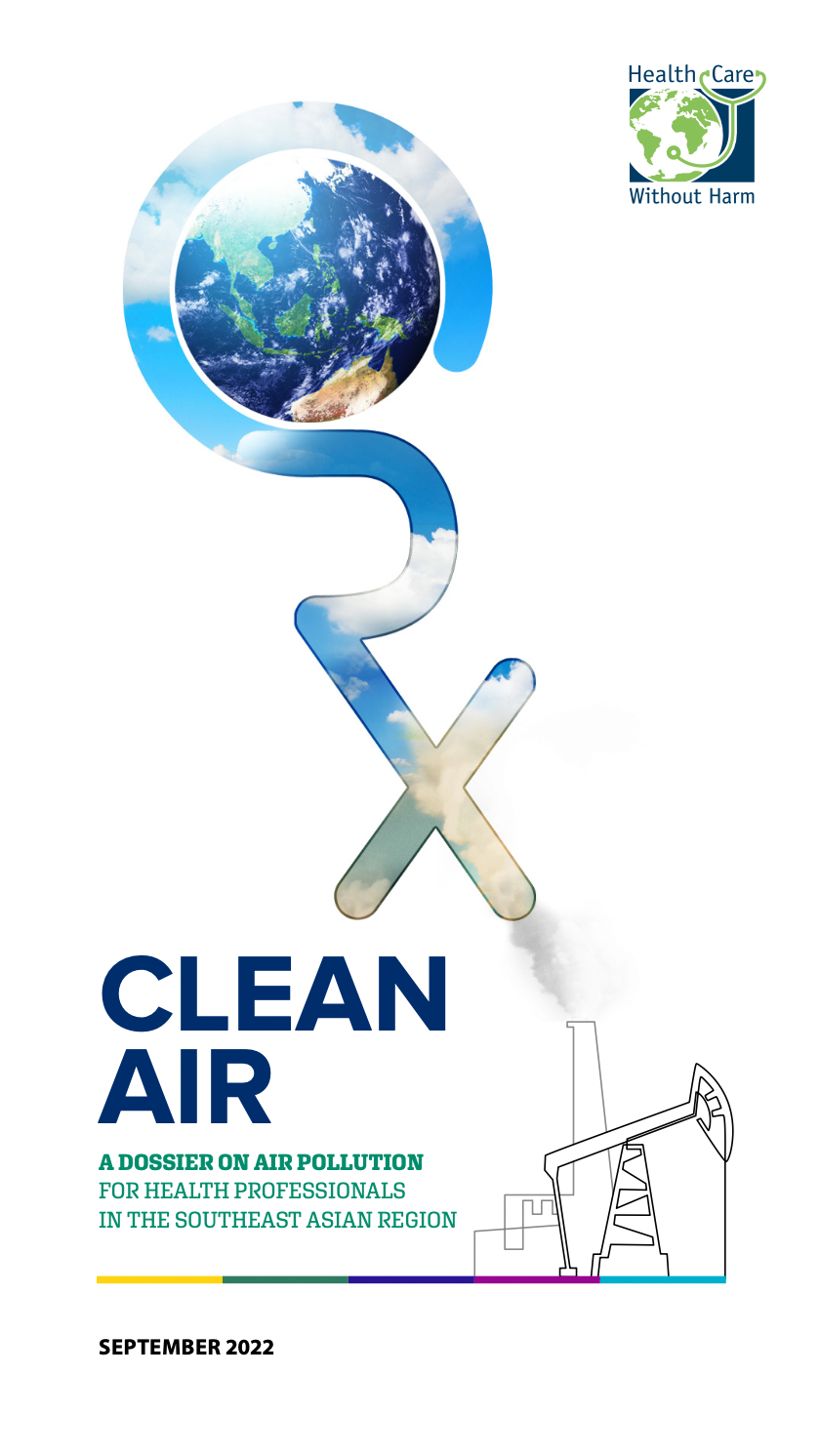 HOW CAN HEALTHCARE PROFESSIONALS ADVOCATE FOR CLEAN AIR?

Health professionals are usually the most trusted voices in their communities. Country leadership looks to them for advice, families confide in them, and citizens want to adhere to what the country’s leading medical professionals have to say about their health. When doctors, nurses, hospitals, and health systems take public stances on air pollution and climate change, it can reframe these issues as questions of public health and help move public opinion and policy. The voices of health workers are critical in promoting actions that address air pollution and its impacts on health. Health care professionals can make a big difference — with their patients, in their practices, and in their health care institutions.

SOME MATERIALS YOU CAN SUPPORT & SHARE IN YOUR PLATFORMS! 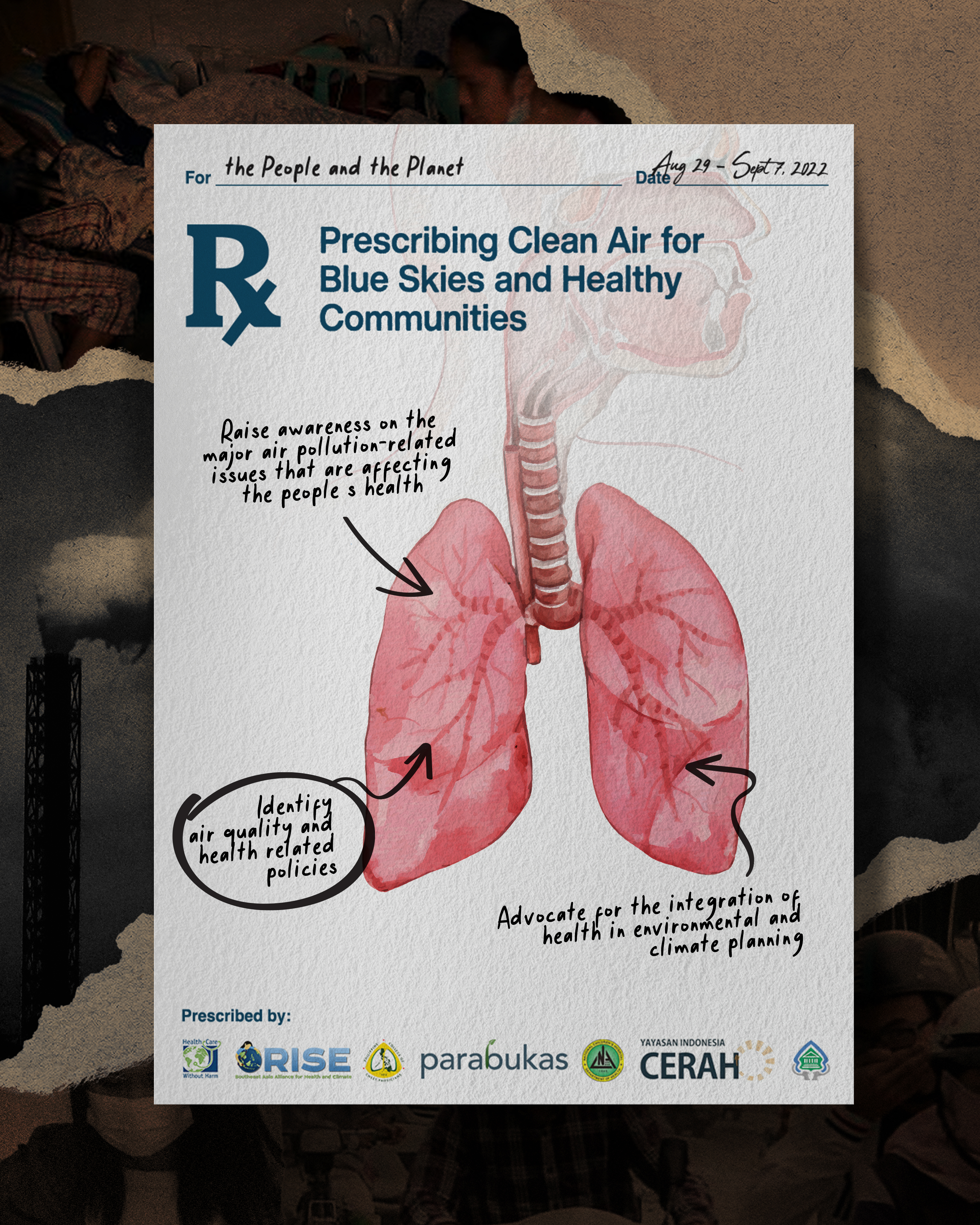 An ongoing signature campaign among health professionals and air pollution advocates in the Philippines committing to collaborations that will strengthen air quality standards to save lives: Sign this Pledge to Advocate for Clean Air and Better Air Quality Standards

A call from RISE Southeast Asia's Chapter in Indonesia prescribing clean air to protect the health of Indonesians: https://youtube.com/shorts/QF6IVd7A5BA?feature=share

The third International Day of Clean Air for blue skies will be held on 7 September 2022, under the theme of “The Air We Share”. It focuses on the transboundary nature of air pollution highlighting the need for collective accountability and collective action.