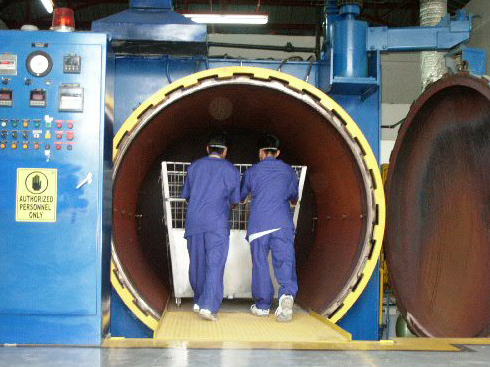 Together with the Philippine Department of Health and the World Health Organization, HCWH-Asia documented the Philippine Measles Eradication Campaign (PMEC).  The report established the Philippines as the first country to deal with waste from a nationwide vaccination program without resorting to incineration or open burning.
2006 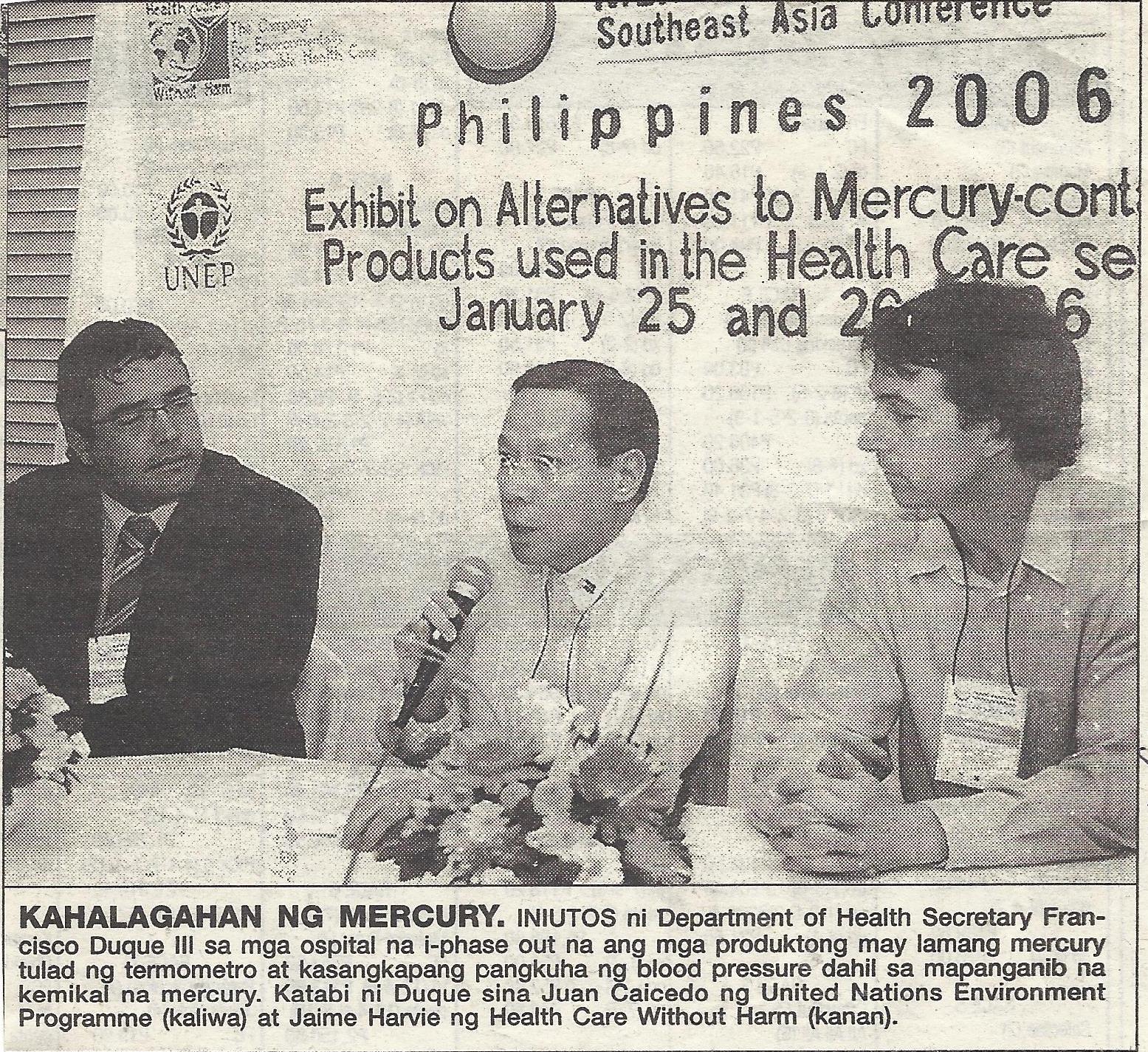 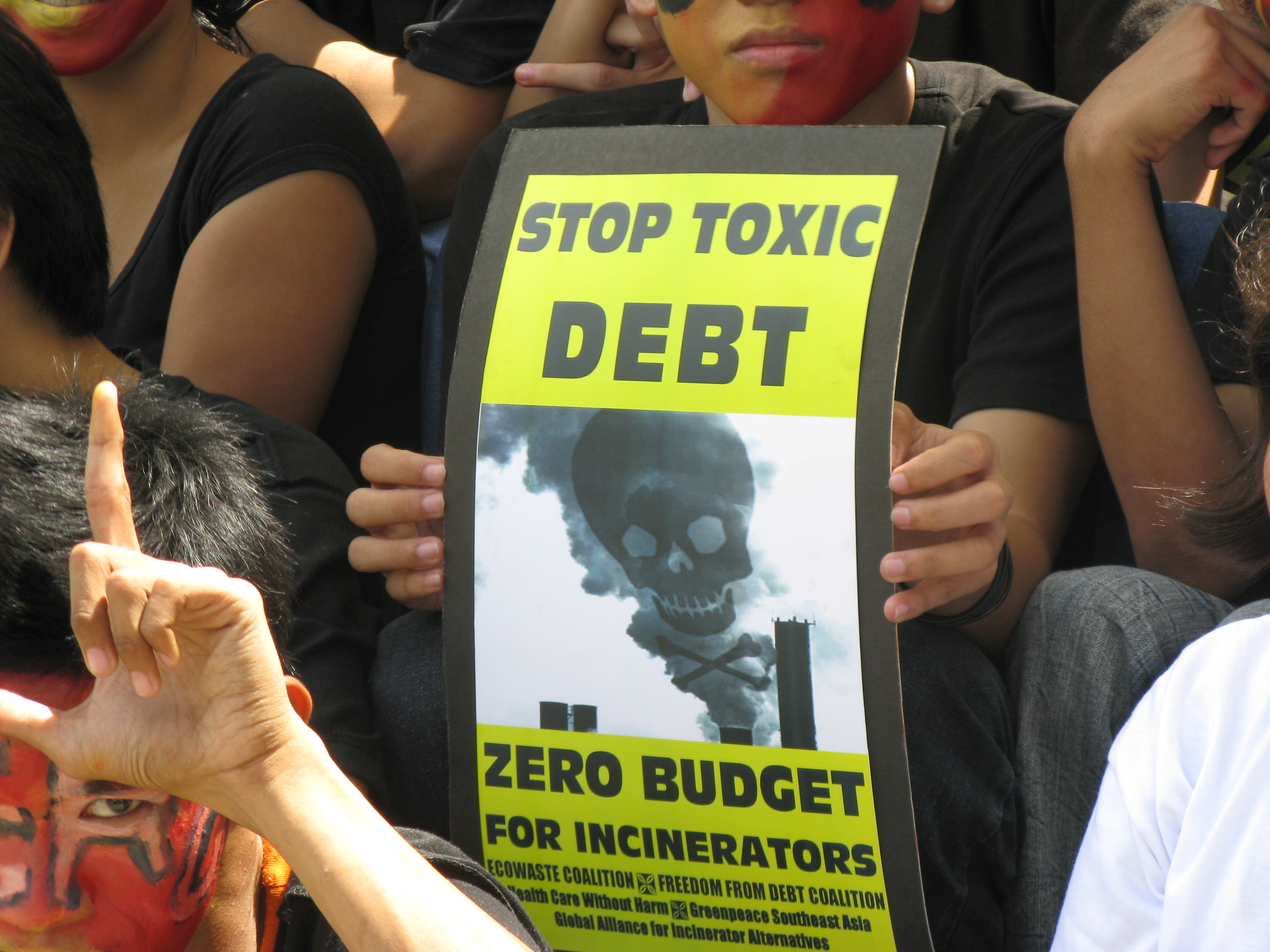 HCWH-Asia issued the Guide to alternatives for health care personnel. 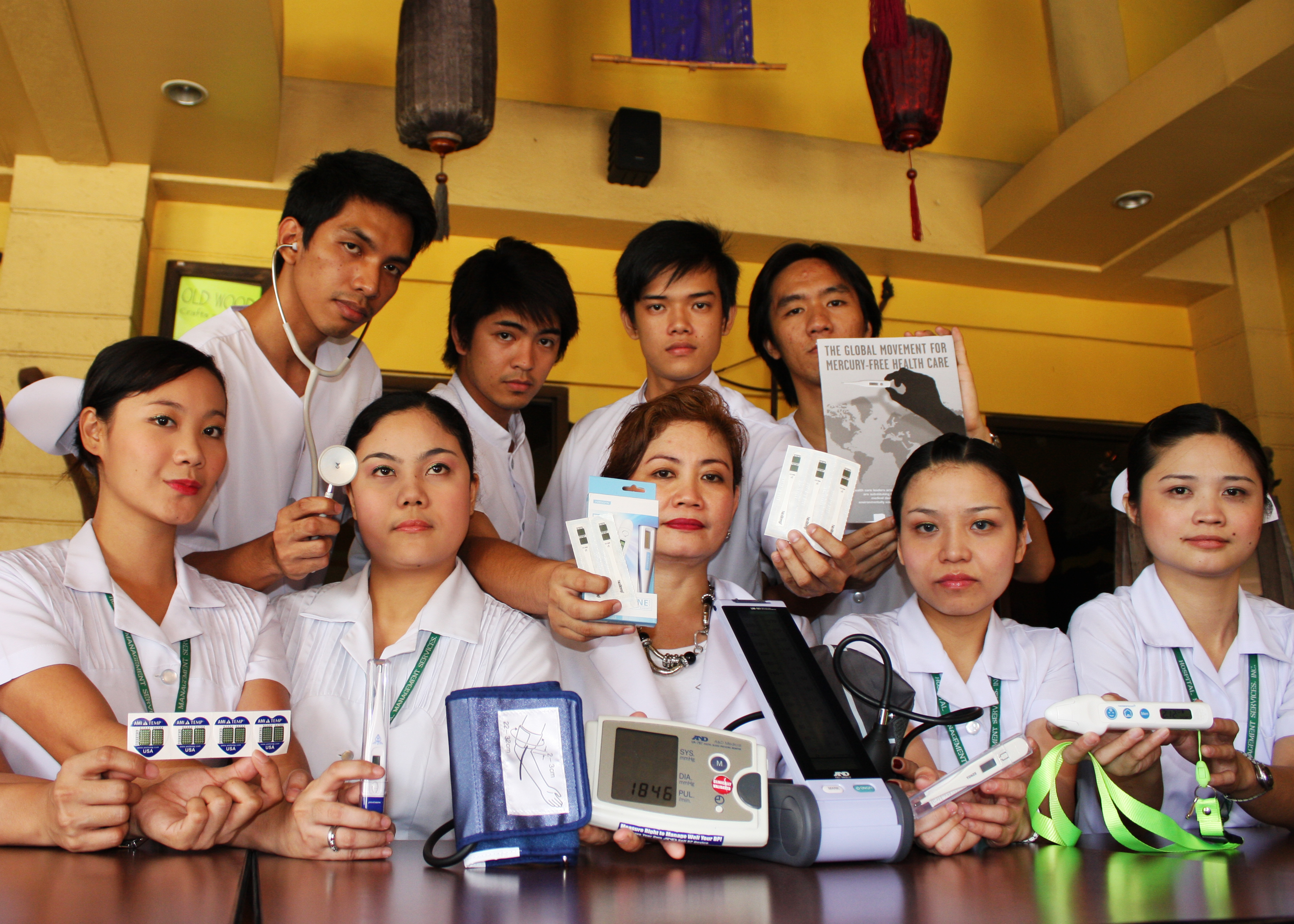 Health Care Waste Assessment Project: A partnership between the local government unit of Baguio, tertiary hospitals in Baguio City and HCWH-Asia was launched. 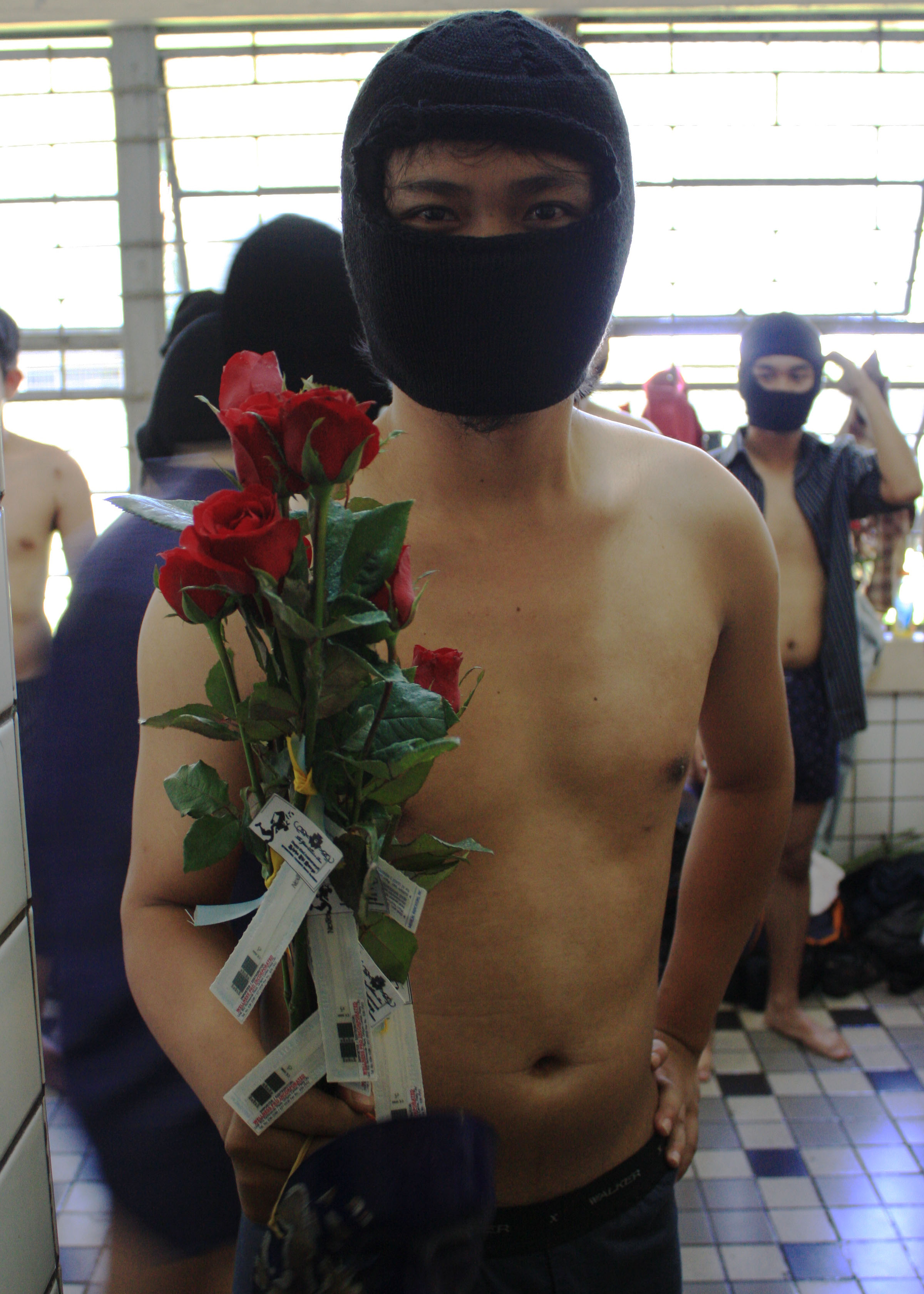 January
The Alpha Phi Omega International Collegiate Service Fraternity in the University of the Philippines-Diliman carried the mercury phase-out campaign of HCWH-Asia in its annual Oblation Run.
February
Forty three Congressmen in the Philippines signed petition to cancel the 1994 Austrian government loan used to fund the defunct Austrian Medical Waste Incinerator Project.
HCWH-Asia with children all dressed in white like little gods and goddesses visited the Philippine Department of Health to spread the message of love on Valentine's Day for a mercury-free Philippines by 2010. 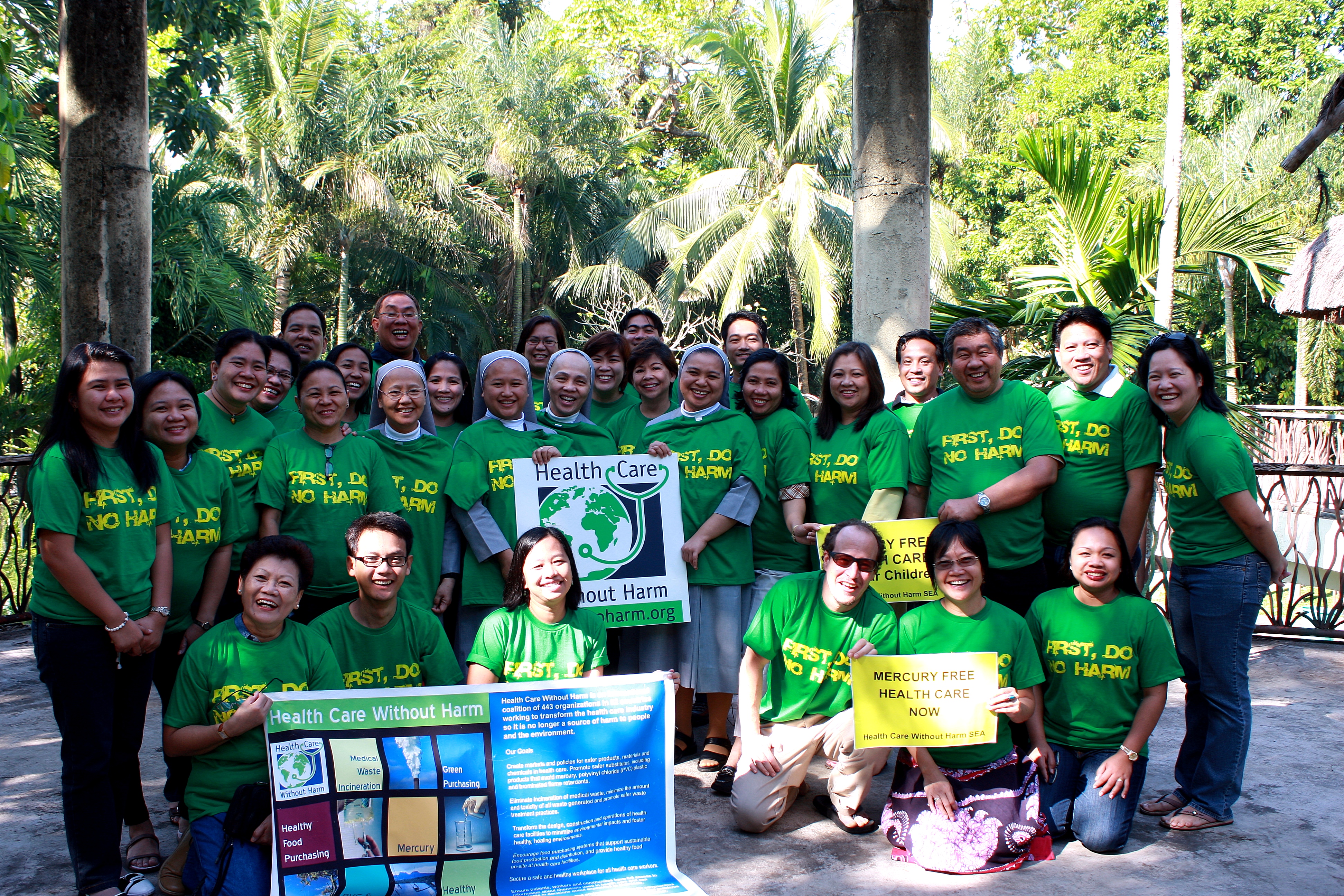 March
HCWH-Asia together several hospitals in the Philippines sent a letter to the Health Secretary urging for the release of the Php100 million budget for autoclaves for the treatment of infectious medical waste.
Philippine hospitals and HCWH-Asia sent a letter to Austria Ambassador calling for the cancellation of an Austrian loan used to purchase medical waste incinerators for 26 government hospitals.
April
Philippine General Hospital announced the banning of mercury devices purchase.
May
HCWH-Asia and the Philippine Nurses Association sign an agreement detailing the work to phase-out mercury in the health care setting.
June
HCWH-Asia calls for a mercury-free Cavite and green Visayas in the Philippines.
July
Hospitals in the Northern Samar in the Philippines pledge to promote environmental health. 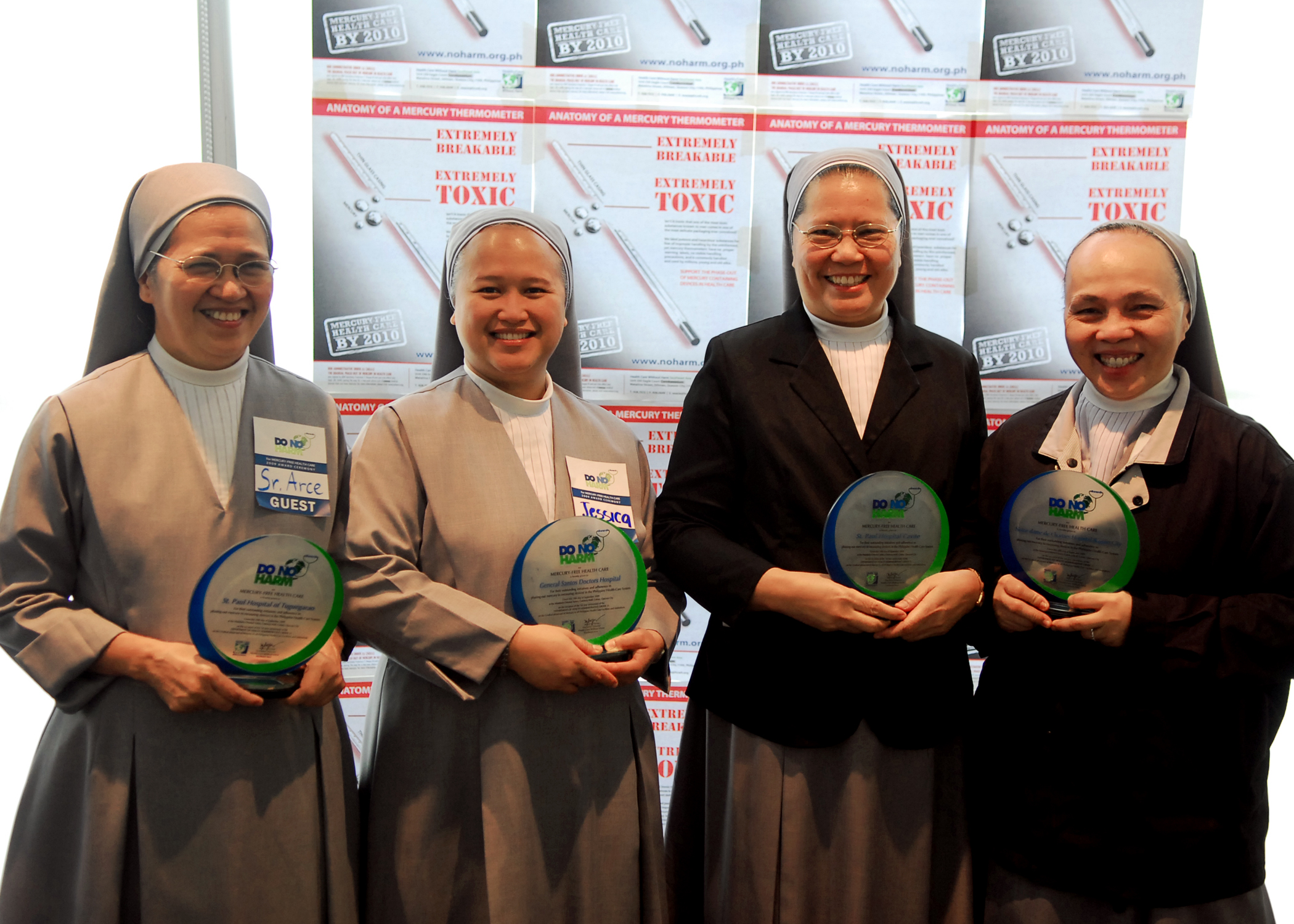 September
HCWH-Asia brings the mercury phase-out campaign to four cities in the Philippines.
Sixteen Philippine hospitals receive the First Do No Harm Award for mercury phase-out in health care.
October
HCWH-Asia calls for the release of the impounded health budget for purchase of autoclaves for medical waste treatment.
HCWH-Asia calls improper mercury disposal a 'disaster in times of calamity'.
December
Occupational Health Nurses Association of the Philippines signed the Mercury-Free Health Care Initiative.
2010 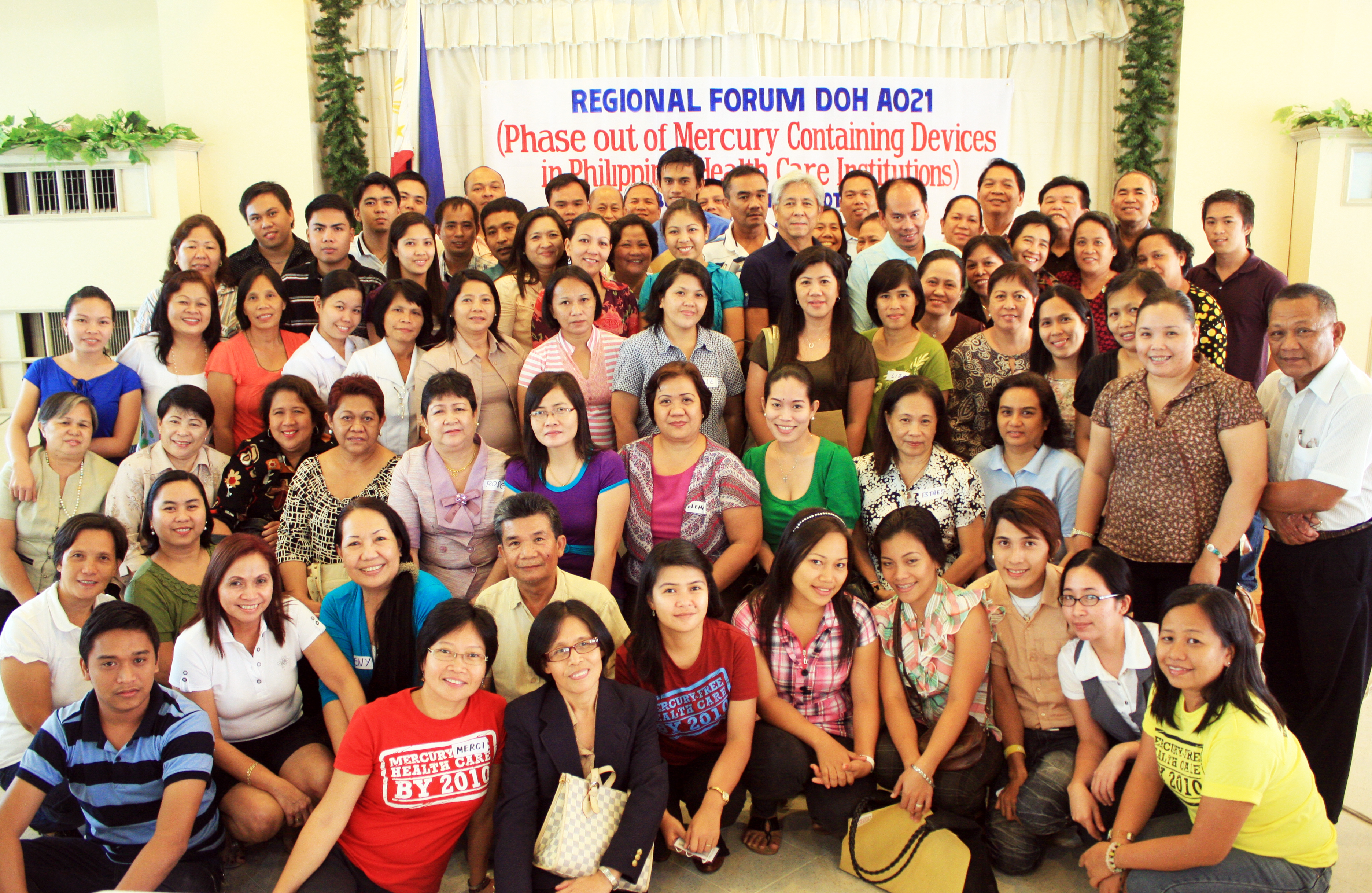 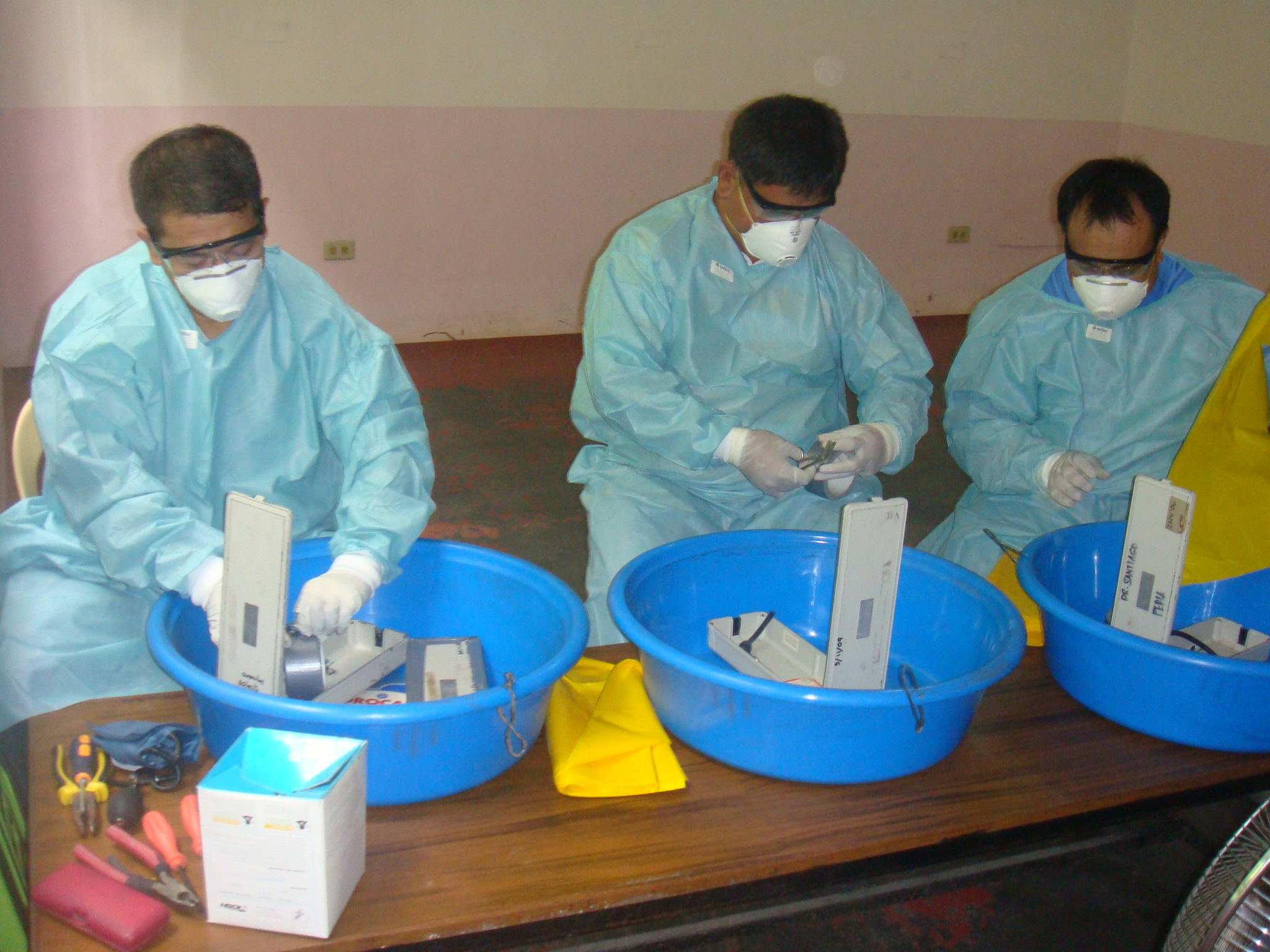 August
Together with the Global Alliance for Incinerator Alternatives (GAIA), Greenpeace, and EcoWaste Coalition, HCWH-Asia holds a roundtable discussion with the Philippines Department of Health (DOH) to stop the reintroduction of medical waste incinerators.  The DoH announced in the meeting that they will scrap any plans to bring back incineration.
HCWH-Asia asks Philippine president to keep all hospitals stink-free and clean by ordering mercury importation ban and to shun away from revisiting medical waste incineration.
September
HCWH-Asia partners with OMRON and personal care retailer Watsons to promote mercury-free medical devices.
HCWH-Asia demands members of the House of Representatives Committee on Appropriations to push the Department of Health to report on the still unreleased 2008 and 2009 environmental health budget.
November
HCWH-Asia releases a report on the implementation of plans for phasing out mercury in Philippine health care.
December
The Philippines Department of Interior and Local Government (DILG) passes Memorandum Circular 2010-140 on December 7. The memorandum formalizes the compliance of provincial governors, mayors, and other government workers to the Department of Health’s Administrative Order 21 (AO21).
AO21 mandated the gradual phasing-out of medical equipment containing mercury in all Philippine health care facilities. The order was signed in September 2008, with a two-year implementation period that ended in September 2010.
2011 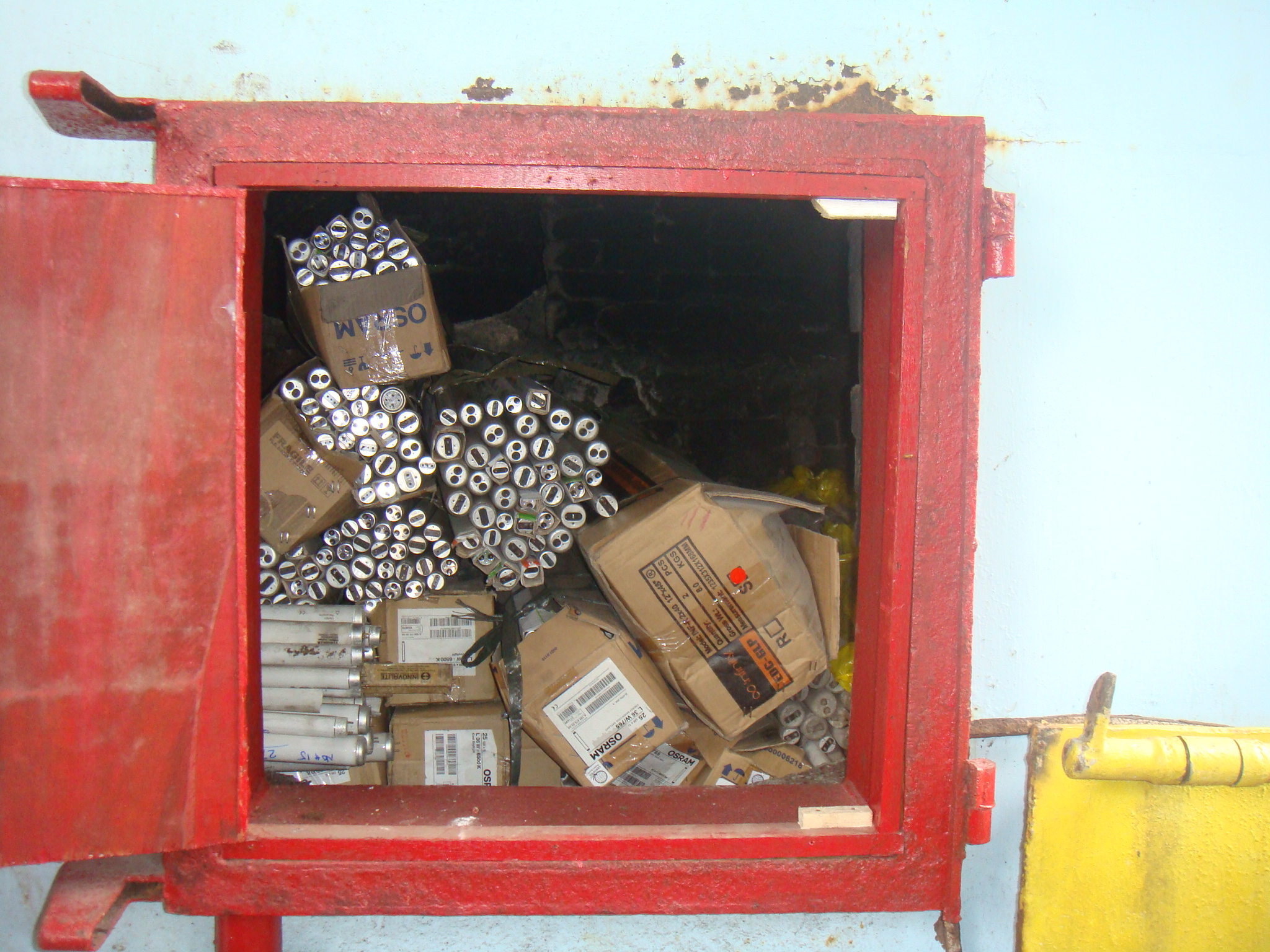 April
HCWH-Asia calls on the Philippine Department of Health to ensure the proper waste management and disposal of syringes and other materials that will be used in the month-long measles vaccination program.
HCWH-Asia introduces PRIMER for improved health services.  This includes: Proper waste segregation, Recycling program, In-house food production, Mercury-free, Efficient use of alternative materials that are non-toxic and environmentally friendly, and Renewable and alternative energy.
May
After two years of constant probing and pressure from civil society organizations in the Philippines including HCWH-Asia, the Department of Health has disbursed the allocation for purchase of non-mercurial thermometers and sphygmomanometers  for DoH and Local Goverment Unit (LGU)-controlled health facilities.
June
HCWH-Asia send a message for the World Environment Day. 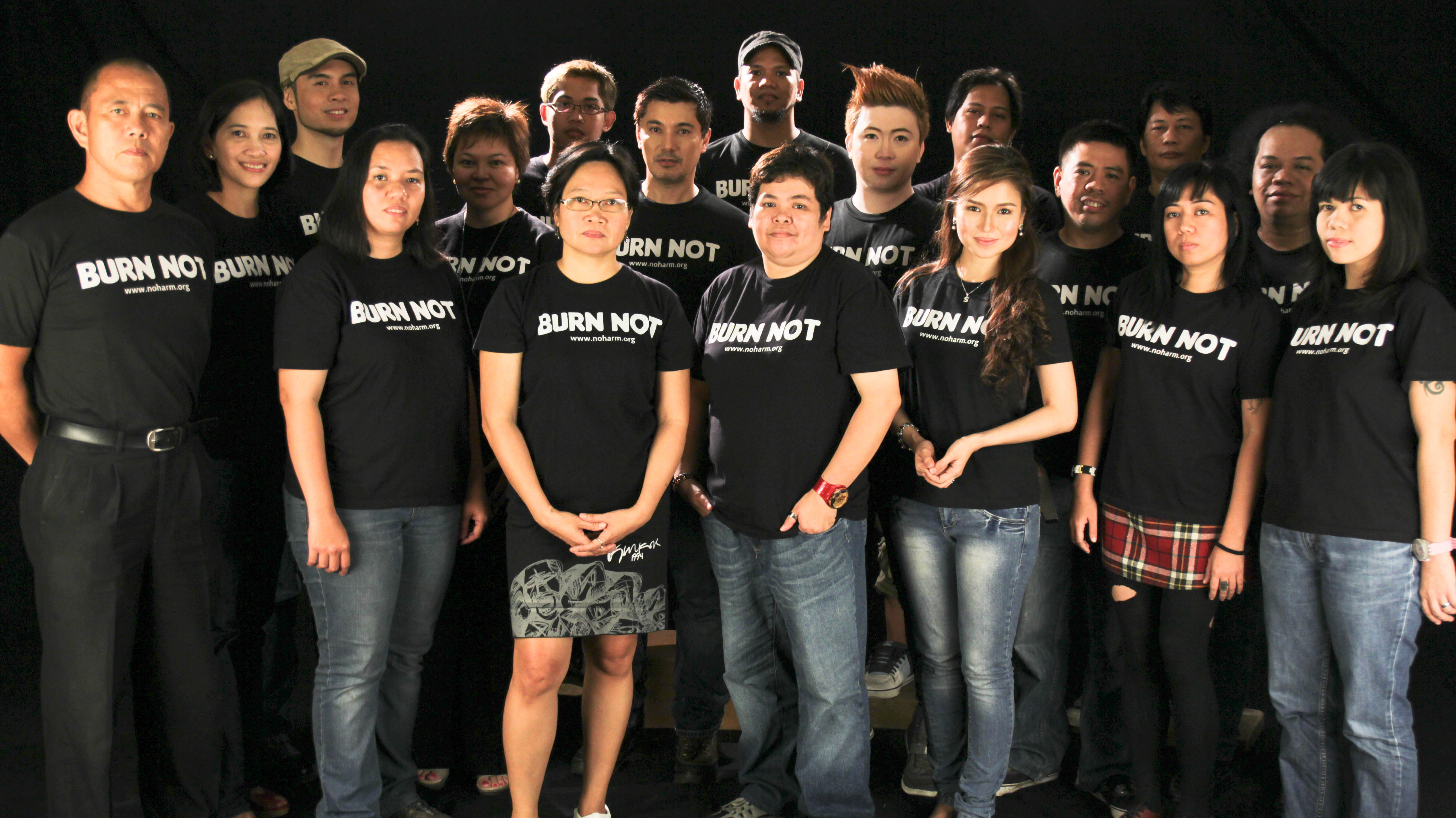 July
Entertainment, politics and cause-oriented personalities from the Philippines unite to give a strong message against medical waste incineration.  Check the videos here:
BURN NOT 1, BURN NOT 2, BURN NOT 3.
The Regional Development Council (RDC) of MIMAROPA (Mindoro, Marinduque, Romblon and Palawan, Philippines) region passes two resolutions in line with efforts of HCWH-Asia.
August
To mark the World Breastfeeding Week, HCWH-Asia sent a message that breastfeeding is an important step to ensure the health of infants and is the best course of action for new mothers.
September
A city resolution in Puerto Princesa, Palawan in the Philippines seeks to ensure safe and propoer disposal of medical, infectious, and toxic medical waste is under discussion. 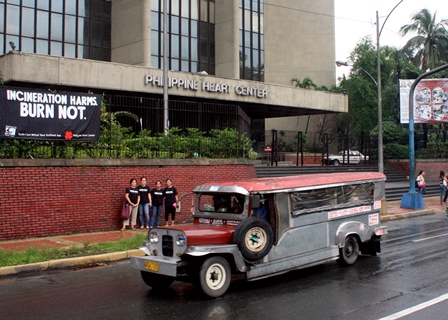 October
Two Philippine hospitals unfurled a black banner with the statement: BURN NOT to show opposition to bring back incineration in the country.
HCWH-Asia implements the Burn Not campaign. The drive is comprised of a three-part public service announcement featuring personalities from entertainment and politics. Burn Not was made to counter the proposed amendments to the Philippine Clean Air Act that would once again allow incineration of medical waste.  Check the videos here:  BURN NOT 1, BURN NOT 2, BURN NOT 3.
November
HCWH-Asia called on the executive and legislative governments of the Philippines for the debt cancellation of a 15-year old medical waste incineration project.
HCWH-Asia turns over non-mercurial devices to the Province of Marinduque.
2012

March
HCWH-Asia, together with leaders from 50 organizations and prominent individuals from around the world signed an open letter to world leaders calling for investment in safe, renewable energy in order to end the threat of nuclear power and put protecting people ahead of protecting the nuclear industry.
April

Global Green and Healthy Hospitals (GGHH) network is launched in Asia.
Ten Indonesian hospitals commit to going mercury-free. The pledges are in line with the Denpasar municipal administration’s aggressive campaign to reduce the use of medical equipment containing mercury.
The Philippine College of Physicians adopts Incineration Harms, Burn Not as one of their advocacies. 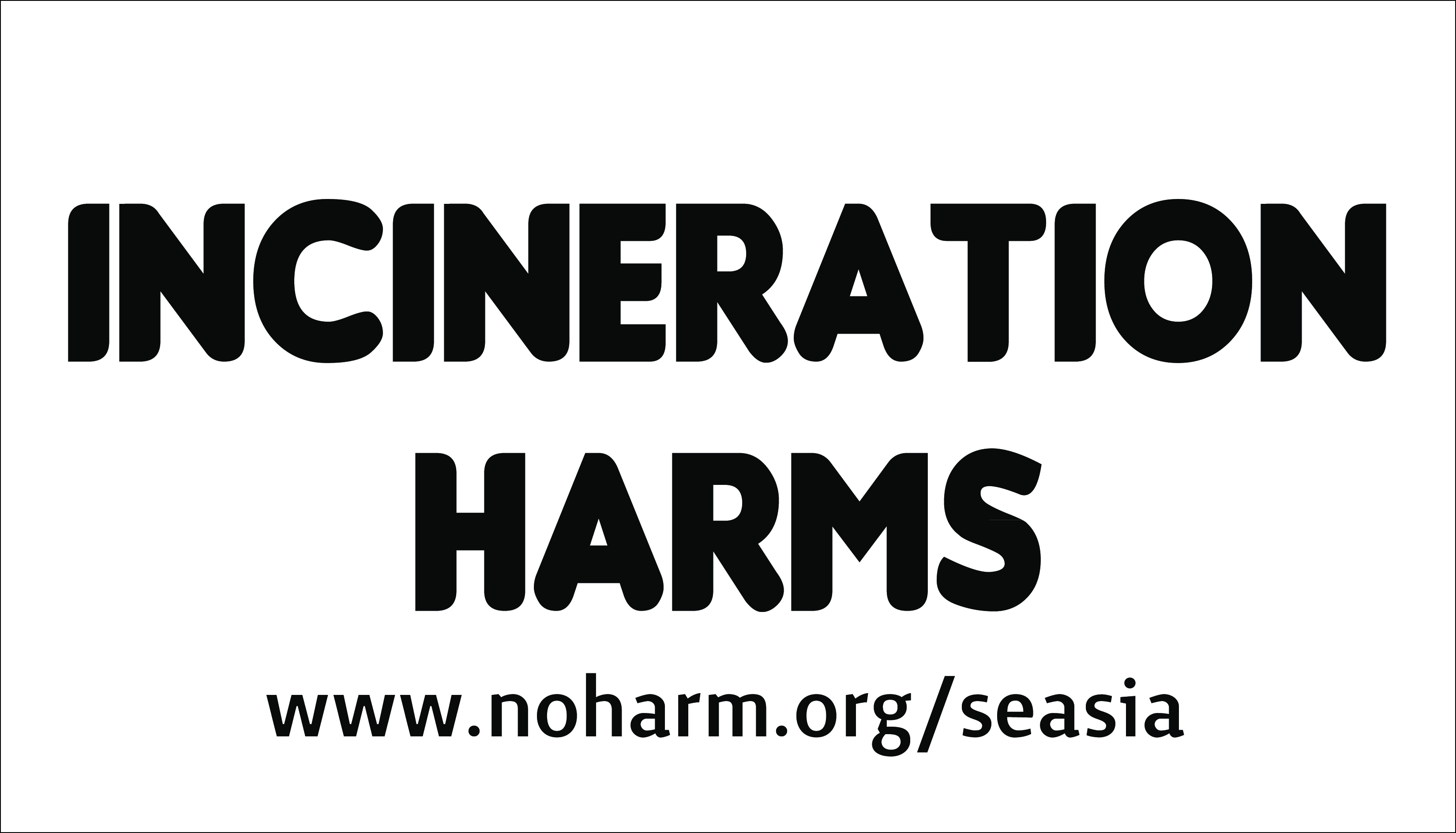 Hospitals under the St. Paul de Chartes Health Care Ministry unfurled a black banner with the statement BURN NOT in their hospital facade.
Several hospitals in Asia express interest in joining Global Green and Healthy Hospitals network.
May
Thailand's Department of Health, Ministry of Public Health signed in to be part of the Global Green and Healthy Hospitals (GGHH) network.
June
San Lazaro Hospital in the Philippines announced its no styro-no plastic policy in its facility.
HCWH-Asia raised alarm over a proposed Memorandum of Agreement to be entered into by the City Government of Davao in the Philippines to use Pyroclave technology to address the disposal of hospital waste.
Environmental justice and health networks Mother Earth Foundation, EcoWaste Coalition, Global Alliance for Incinerator Alternatives (GAIA) and HCWH-Asia call on the Province of Pampanga in the Philippines to be wary of waste-to-energy combustion projects being offered at no-cost to municipalities of the province.
August
Two Philippine hospitals agreed to be part of the Chemical Substitution and Management project of HCWH-Asia.  The two hospitals, Romblon Provincial Hospital and Saint Paul Hospital Tuguegarao, will become the pilot hospitals for identifying hazardous chemicals being used in the facility and switching to safer alternatives.
HCWH-Asia with the EcoWaste Coalition, Global Alliance for Incinerator Alternatives, Greenpeace-Southeast Asia, Philippine Earth Justice Center, and Mother Earth Foundation called on the Philippine Department of Health to remove the inclusion of pyrolysis and/or burning in its revised Health Care Waste Management Manual as an option for dealing with medical wastes.
October
The Philippine College of Physicians-Southern Luzon chapter and HCWH-Asia launched Global Green and Healthy Hospitals in the Philippines.
2013

February
Health Care Foundation Nepal (HECAF) released a video giving a brief snapshot of the phenomel progress made in Bir Hospital to transform their health care waste management.
Thru the efforts of HCWH, International POPs Elimination Network (IPEN) and the Qinhuangdao Municipal Committee of China National Democratic Construction Association (QMCCNDCA), Sino-Union Create of Qinhuangdao (SUCQ), and Global Village of Beijing Environmental Education Center (GVB), two hospitals have successfully substituted mercury-containing devices in health care.  The two hospitals are Qinhuangdao Maternity and Child Healtcare Hospital (QMCHH) and Qinhuangdao Cerebrovascular Disease Hospital (QCDH).
March
HCWH partner organization Toxics Link, produced a video documenting the effort of Himalayan Institute Hospital Trust in eliminating the use or mercury.
Together with the City Government of Cebu in the Philippines, HCWH-Asia brought the issue of greening the hospitals.
April
In time for the celebration of World Health Day 2013, the Philippine Heart Center and the St. Paul de Chartes Health Care Ministry with its 13 owned, co-owned, and administered hospitals have signed-in to be part of the Global Green and Healthy Hospitals (GGHH) network.
Philippine Society of Nephrology and HCWH-Asia held a nationwide contest among health care facilities to tap dialysis centers with ecologically-sound alternatives to current health care practices that could pollute the environment and contribute to disease.
June
Representatives of ten hospitals in South Korea came together with a group of experts to launch a national initiative to reduce the environmental footprint of health care in South Korea. 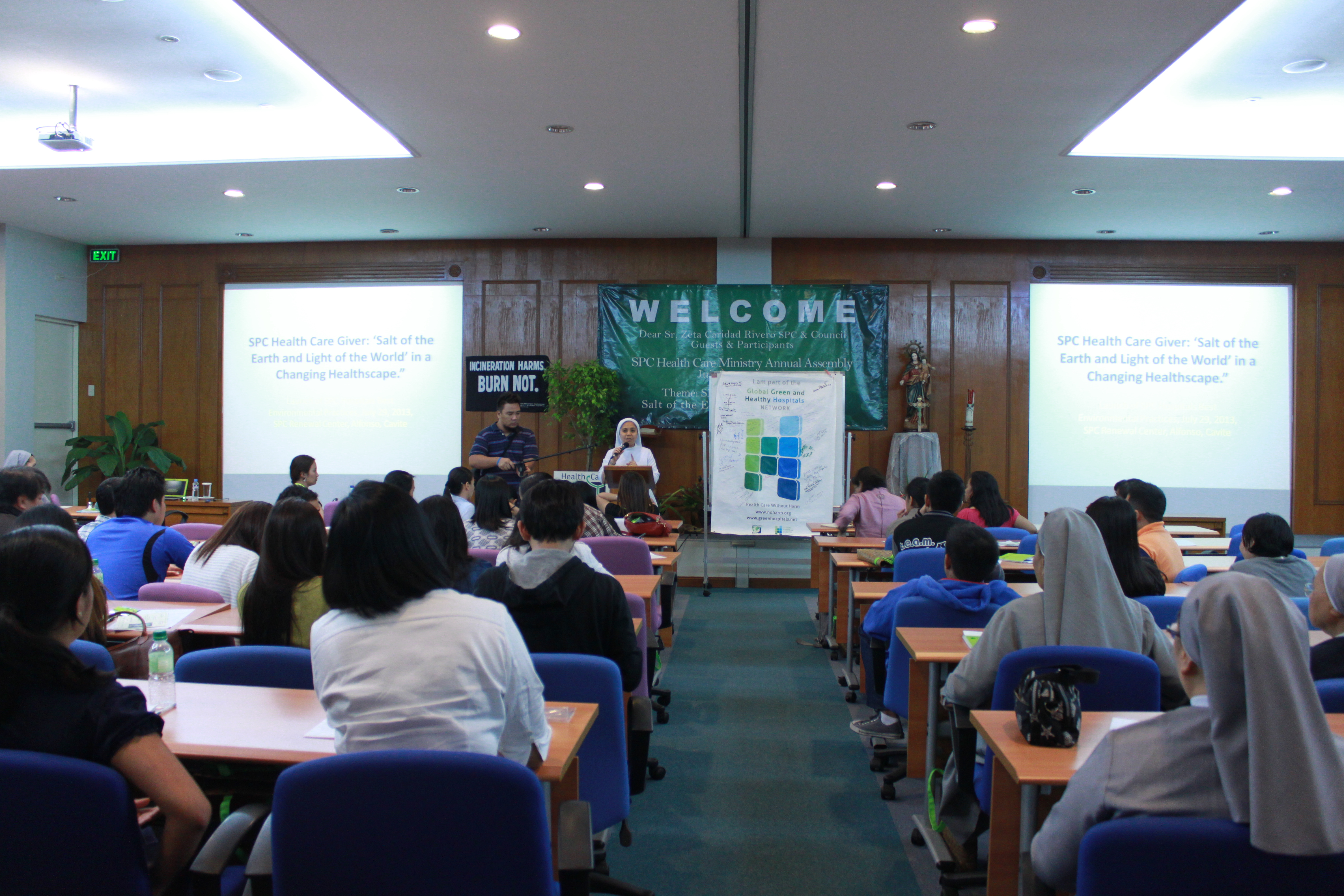 August
HCWH-Asia together with the UNDP Global Environment Facility Project on Global Healthcare Waste launched the report From the Backyard to the Frontline: Initiatives of Philippine Hospital Workers on Best Environmental Practices.
HCWH-Asia called for the review of proper and safe storage of phased-out mercury devices from Philippine health care facilities at the height of a mercury spill at the Dr. Jose Fabella Memorial Hospital in Manila.
October
HCWH and the World Health Organization launched an inittiative to achieve the Minamata Convention's goal to end the manufacture, import, and export of mercury-based medical devices worldwide by 2020. 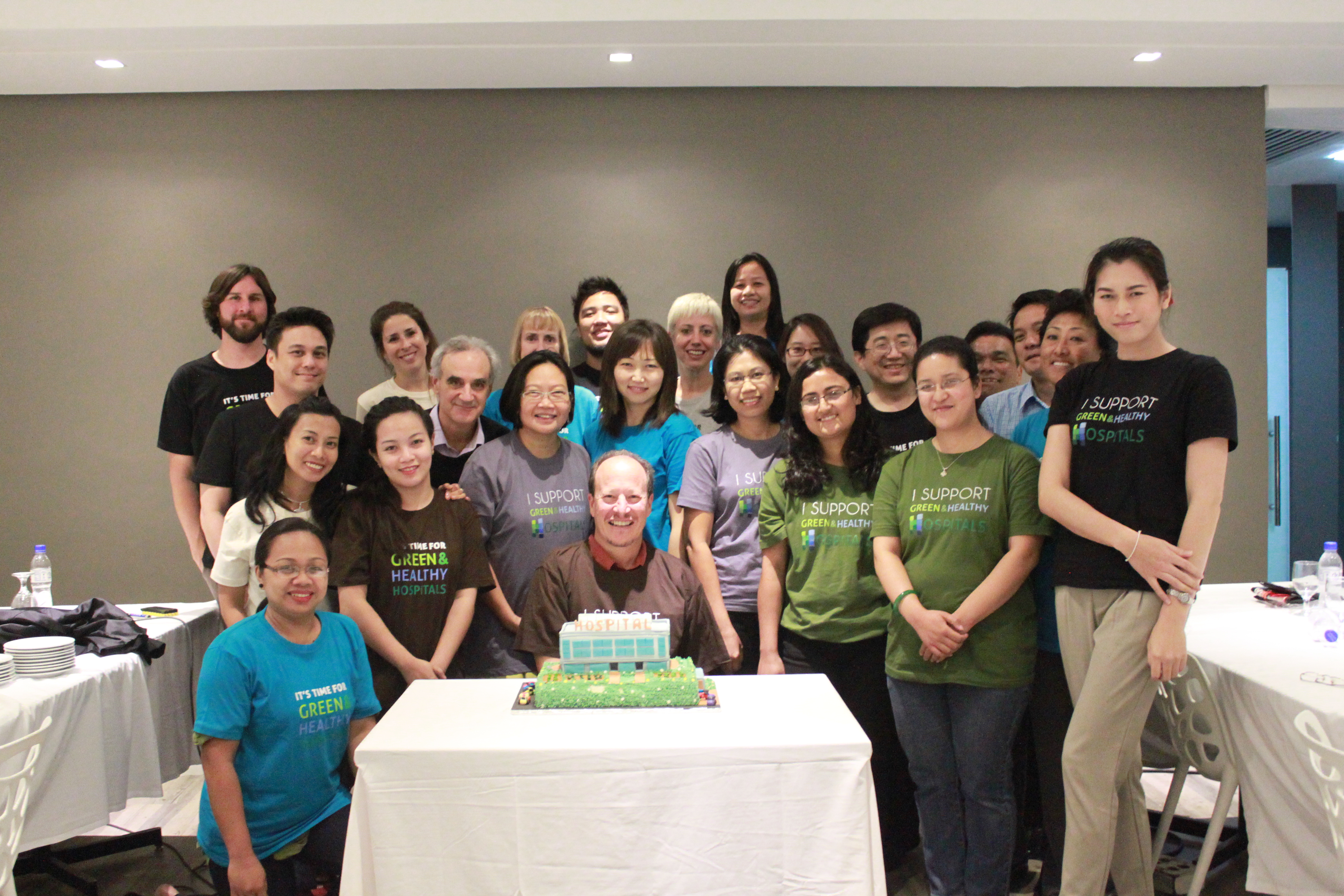