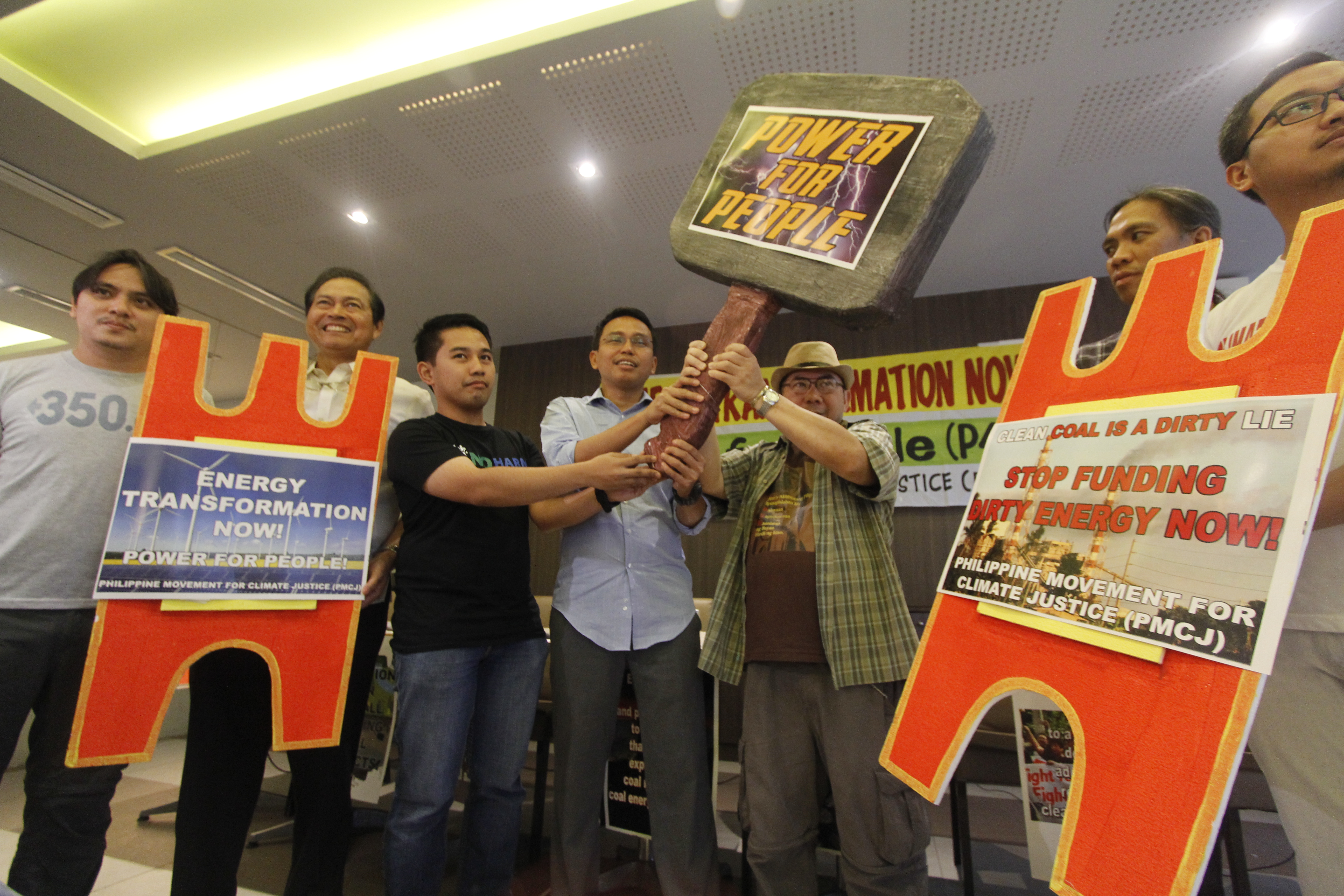 In commemoration of Earth Day, Health Care Without Harm-Asia, through its Healthy Energy Initiative, joined hands with climate justice groups, nongovernmental organizations, and grassroots people’s movement in launching Power for People (P4P), a year-long campaign that seeks to intensify the push for Renewable Energy (REnergy) Transformation in the Philippines.

The P4P campaign builds on the Davao Declaration, which was signed by various civil society groups, including Health Care Without Harm-Asia, during a national conference on coal and renewable energy held late last year. The Declaration opposes the construction of new coal plants and coal mining activities, considering their grave environmental, health, and climate impacts. The Declaration can be downloaded here.

During the press conference, the Philippine Movement for Climate Justice, P4P’s lead convener, revealed that despite our high vulnerability to climate change, the Philippines is building more coal-fired power plants, which is one of the biggest emitters of greenhouse gases to the atmosphere. Twenty-nine (29) new plants are expected to be fully operational by 2020 in addition to the 17 already existing, and more applications for construction are currently being processed for approval.

Talking from the public health perspective, Dr. Renzo Guinto, campaigner of the Initiative, discussed the dangers brought about by burning coal and other fossil fuels to human health, as well as the increasing role of the health sector in renewable energy advocacy and fossil fuel divestment.

“It is very clear in global evidence that the energy sources that emit the greatest volume of greenhouse gases are the same ones that have the biggest negative impact on health – and they are coal, petroleum, and other fossil fuels,” Dr. Guinto said. 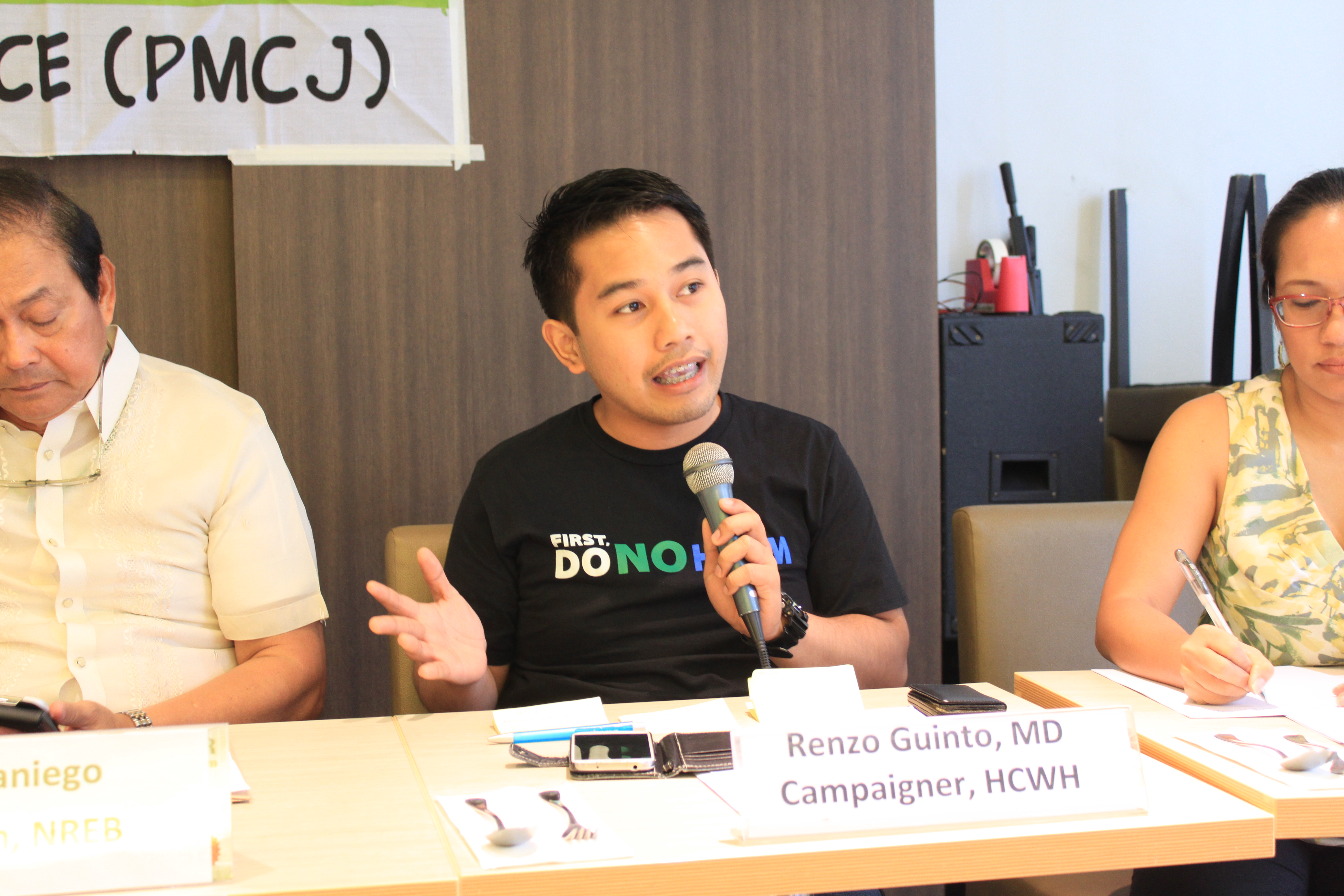 According to a previous US Environmental Protection Agency report, 84 of the 187 hazardous air pollutants known are produced by coal-fired power plants. Several studies have also documented the staggering health care costs attributable to coal annually, ranging from 42 billion Euros in Europe to 345 billion US dollars in the US. In India, it is estimated that around 4.6 billion US dollars are spent for diseases related to coal.

“Healthy Energy Initiative is about bringing health at the center of the energy discourse – and it is also about the health sector setting an example,” stated Dr. Guinto. He even shared about a small birthing facility in the rural province of Marinduque, Philippines that is using solar power.

“Having a health facility powered by renewable energy is not impossible,” he added. “That is indeed health care without harm – not harming the planet through healthy energy choices.”

Aside from the health concerns, other issues there were raised include the lack of social acceptability among communities hosting coal plants, biodiversity loss and environmental degradation, human rights violations, barriers to the scale-up of existing renewable energy options, and ultimately the inequitable access to energy among Filipinos.

“All these coal plants are not intended to address the long-standing issue of power and energy access in the country,” said Gerry Arances, PMCJ national coordinator and P4P lead convener. “There is still an estimated 22 million Filipinos who are without electricity. We have the highest electricity rate in Asia. And these projects are mainly intended to power destructive projects like mining – at the expense of people’s health, environment, and the climate.”

For more information about the Healthy Energy Initiative and its participation in the P4P campaign, please contact Dr. Renzo Guinto at renzo@no-harm.org.