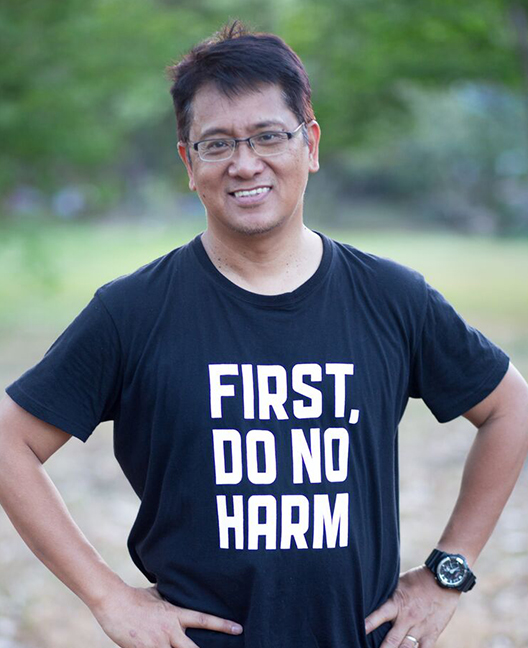 Having worked with an extensive network of parliamentarians, health professionals, community and civil society leaders, he has helped form and strengthen coalitions of advocates upholding health and social justice in the Philippines and across the Asia Pacific region. 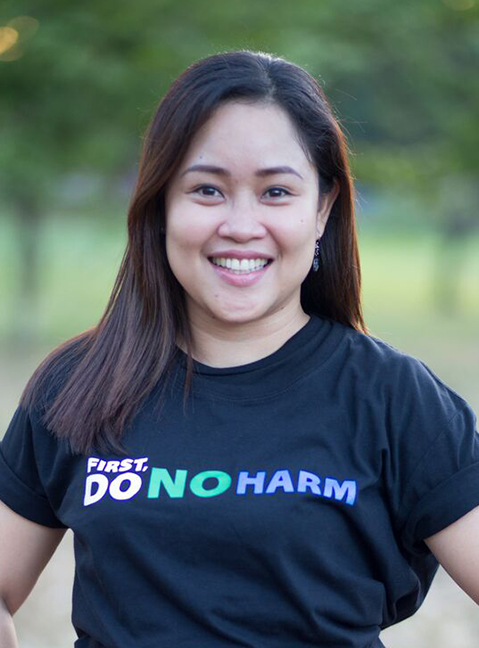 Joyce joined Health Care Without Harm Asia team in early 2011. She is in charge of the organizational, human resources, administrative and financial management.

She brings with her over 12 years of experience in human resources, financial and administrative management from her previous work at ACF International - Philippine Mission and the United States Peace Corps in the Philippines. Her extensive experience with various donors such as Generalitat Valenciana, Philippine-Australia Community Assistance Program (PACAP), European Commission (EC), the Spanish Agency for International Development Cooperation (AECID) and Strategic Approach to International Chemicals Management (SAICM) make a real contribution to the organization.

She earned her Bachelor of Science in Accountancy from the National College of Business and Arts. 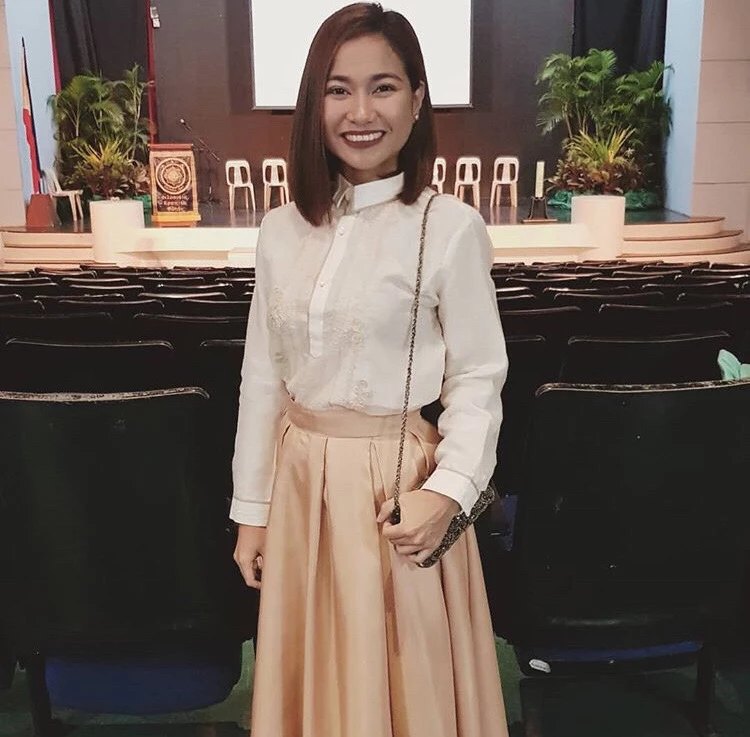 Dianne Krizzia Allanigue is the new Program Coordinator for Health Care Without Harm Southeast Asia’s Global Green and Healthy Hospitals (GGHH) and Sustainable Health in Procurement Project (SHiPP) in Indonesia. She earned her experience in project management and coordination in her previous work; for instance, with projects funded by the United Nations Development Program (UNDP) and implemented by the Climate Change Commission (CCC) of the Philippines. These projects were in support of the country’s Nationally Determined Contributions (NDC). She was also involved in the Green Hospitals project of CCC which facilitates the transformation of the Philippine Hospitals to a climate-smart health care.

Krizzia has a Bachelor’s degree in Agricultural Chemistry in the University of the Philippines Los Baños and is currently finishing her Masters in Environmental Science in the same University. She is committed to provide the next generations with socially, environmentally and economically sustainable future. 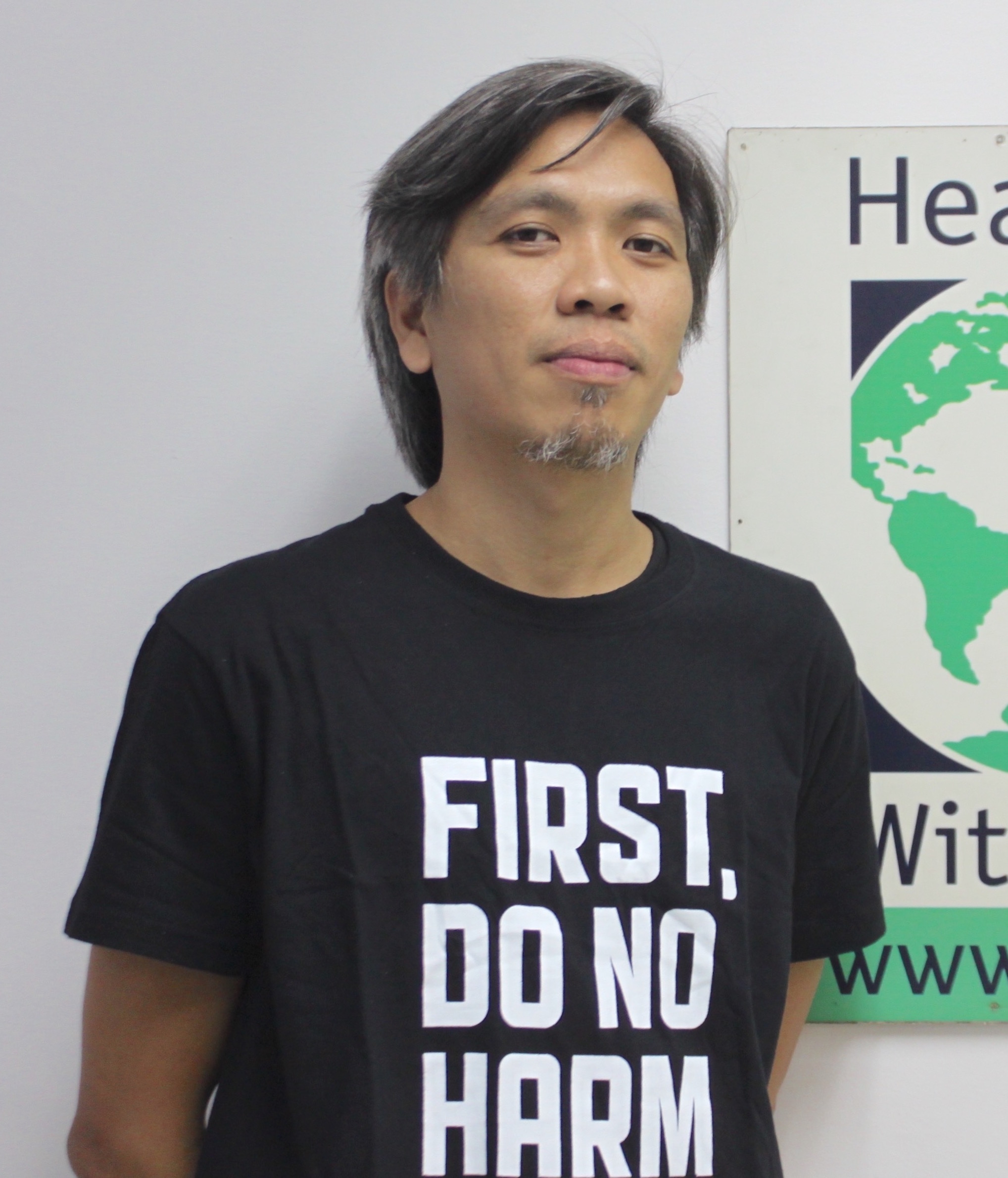 Raphael Lopez is widely known as Paeng in the local environmental justice movement. An environmental advocate since his youth, Paeng has been in the environmental movement since his college days, and had worked as youth convenor, community organizer, project coordinator, and researcher for various conservation organizations.

He has built a career centered on forging alliances and coordinating networks in the Philippine environment and social justice circles as well.Even before joining the team, Paeng had already been collaborating with HCWH-Asia on various campaigns promoting clean air and healthy environments, first with EcoWaste Coalition and, later, with Global Alliance for Incinerator Alternatives (GAIA).

As Program Officer of GAIA, Paeng led its policy work on banning plastic bags as well as defending and enforcing the Ecological Solid Waste Management Act and the Clean Air Act. He also helped lobby for the inclusion of ecological solid waste management as mitigation and adaptation initiative in the National Climate Change Action Plan of the Climate Change Commission.Paeng obtained his Bachelor of Laws from the Far Eastern University and his Bachelor of Arts in Philosophy from the University of Sto. Tomas. 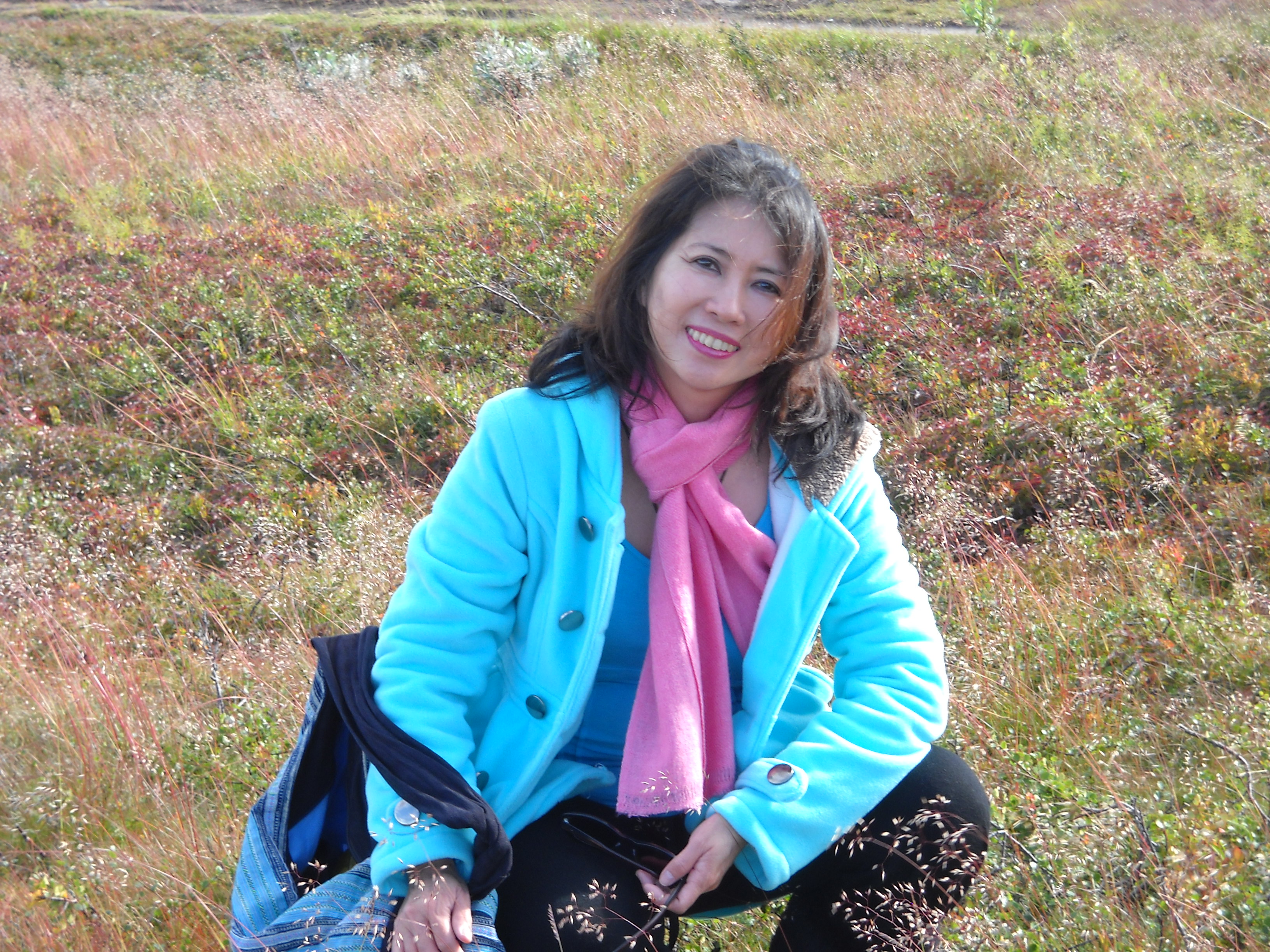 Clare holds a Master’s Degree in Business Administration. She has had extensive experience in tertiary education, people development, facilitation, human resource management, program/campaign coordination, writing and editing. Clare was also engaged for about a decade in the areas of food, agriculture, food sovereignty, biosafety and climate change. From 2016, she has been conducting workshops and giving talks on climate change and ecological justice in and out of Malaysia. She has been heavily involved in building up the Roman Catholic Episcopal Commission for Creation Justice of Malaysia, Singapore and Brunei of which she was appointed Regional Director. She has also been a writer and researcher on food, agriculture, climate change and agriculture, and biosafety for several years with Third World Network. 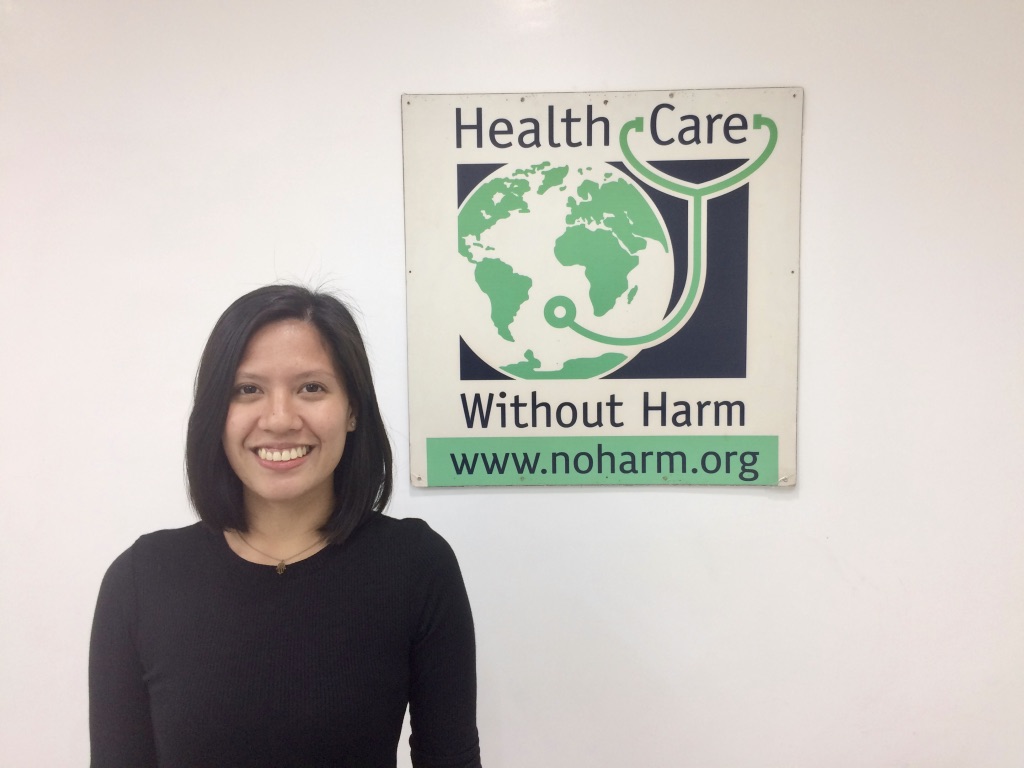 Pats is an accomplished communications specialist and a passionate community organizer who grew up in a household that advocates for basic human rights like accessible education, fair employment, healthcare for all, and environmental justice. She has conceptualized and led communication and media campaigns for various peoples organizations like Center for Environmental Concerns, Sining Katutubo, Green Alert and Institute for Nationalist Studies. She was also a copywriter for 4 years and developed brand marketing campaigns for various companies under the flagship of McCann World Group Philippines before joining Health Care Without Harm SE Asia.

She represented the regional office at the WHO and UNPD-led Temperature Check Workshop for Youth Climate and Health Campaigners during the 2019 London Climate Week. 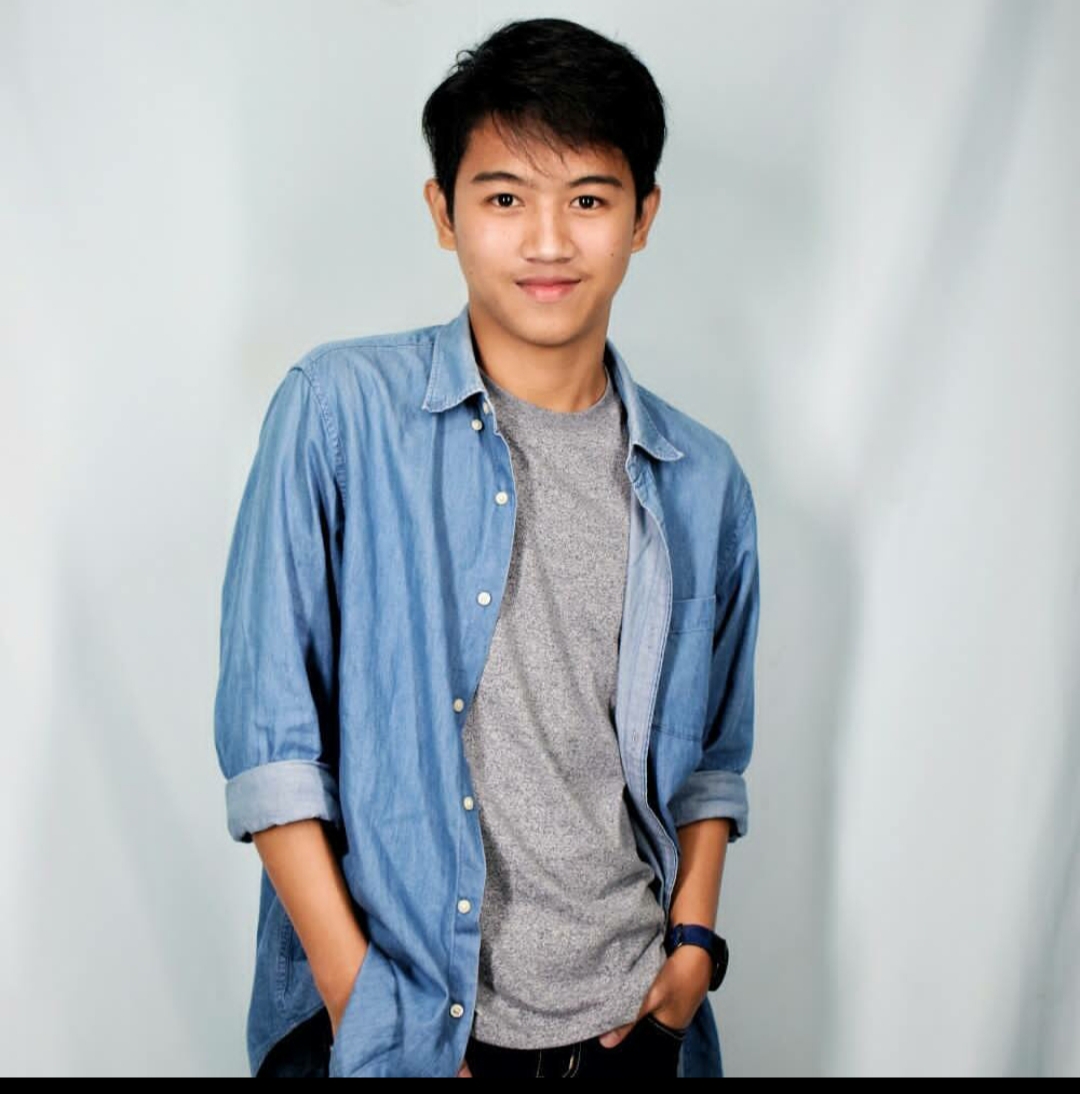 Neal is a young human rights defender and queer activist currently based in Quezon City, Philippines. He stands with the poor and the marginalized in fighting their struggles by upholding and promoting their human rights.

Neal finished his degree, Development Communication in Central Luzon State University and has been doing communications work for the development sector since his college years. He is currently exploring and widening his advocacies in the healthcare and environment sectors through a rights-based approach.

He writes creative non-fiction during his free time and aspires to fully marry his craft with his activism. Neal also ventures in page and graphic design but refuses to be called a graphic designer. His favorite font is Raleway which appears on almost every material he produces.

Neal fights for a free society and the suspension of classes on all levels (you know what
he means). 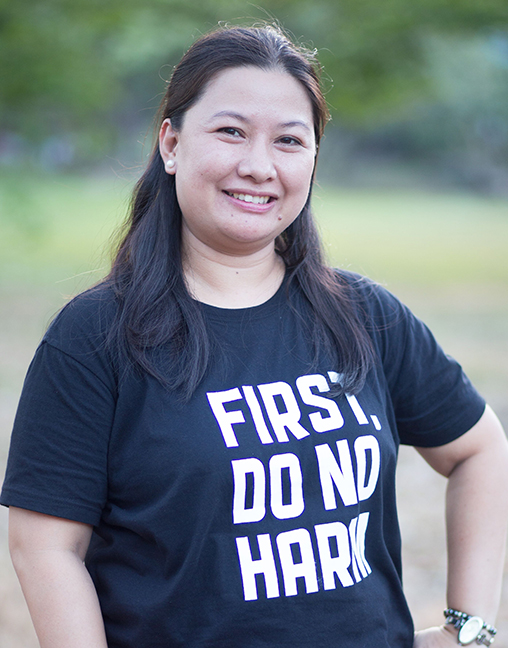 Nef (as her colleagues fondly call her) has over 6 years of experience as a private accounting staff then went on to work in various nonprofit organizations like Foundation for a Sustainable Society Inc. (FSSI) before joining Health Care Without Harm Asia.

She is presently tasked as the Finance and Administrative Associate and assists the Deputy Director and the entire administrative team to ensure the smooth implementation of financial accounting policies and procedures.

Both a Registered Nurse and an Accountancy major, Nef also undertook training on the new taxation law in the Philippines called TRAIN Law and Accounting for NGOs. 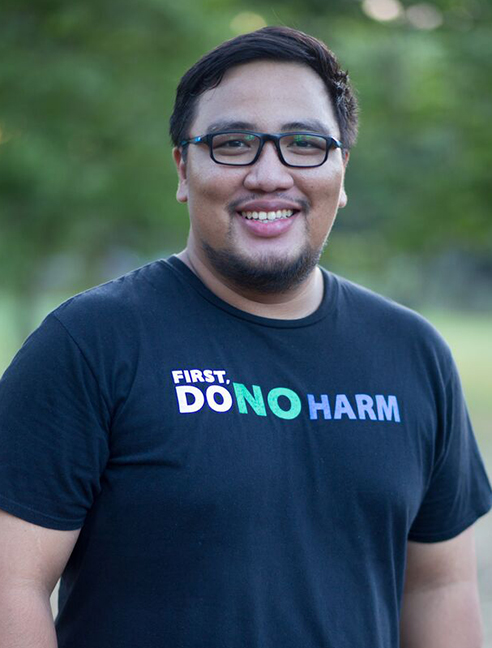 Kris grew up in a socially-aware family and has a culinary background. He is one of the senior members of Health Care Without Harm Asia team, being on-board since 2012.

Kris is in charge of assisting in the implementation of administrative policies and procedures of the organization. He is also supporting the staff with logistics and various admin requirements like maintaining the office inventory system and preparing the mandatory benefits of the staff.