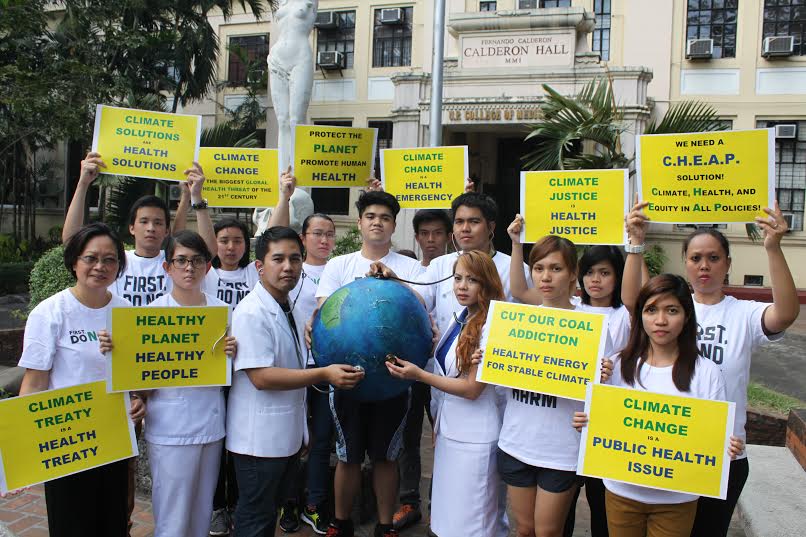 Health Care Without Harm-Asia (HCWH-Asia), an international environmental and health organization whose mission is to transform the health care sector worldwide to “do no harm” on both people and the planet, called on French President Francois Hollande and Philippine President Benigno Aquino III to “not forget public health as a central element in climate action – climate justice is health justice.”

Hollande, who will be arriving in Manila on Thursday, February 26, is on a state visit to, among others, “highlight the Philippines as a partner in the fight against climate change,” according to the website of the French Embassy. In December, France is hosting the 21st Conference of Parties (COP 21) of the United Nations Framework Convention on Climate Change, which is expected to seal a legally-binding international agreement among countries with the hope of limiting global temperature increase to 2 degrees Celsius above pre-industrial levels in order to avoid irreversible climate change and its impacts. 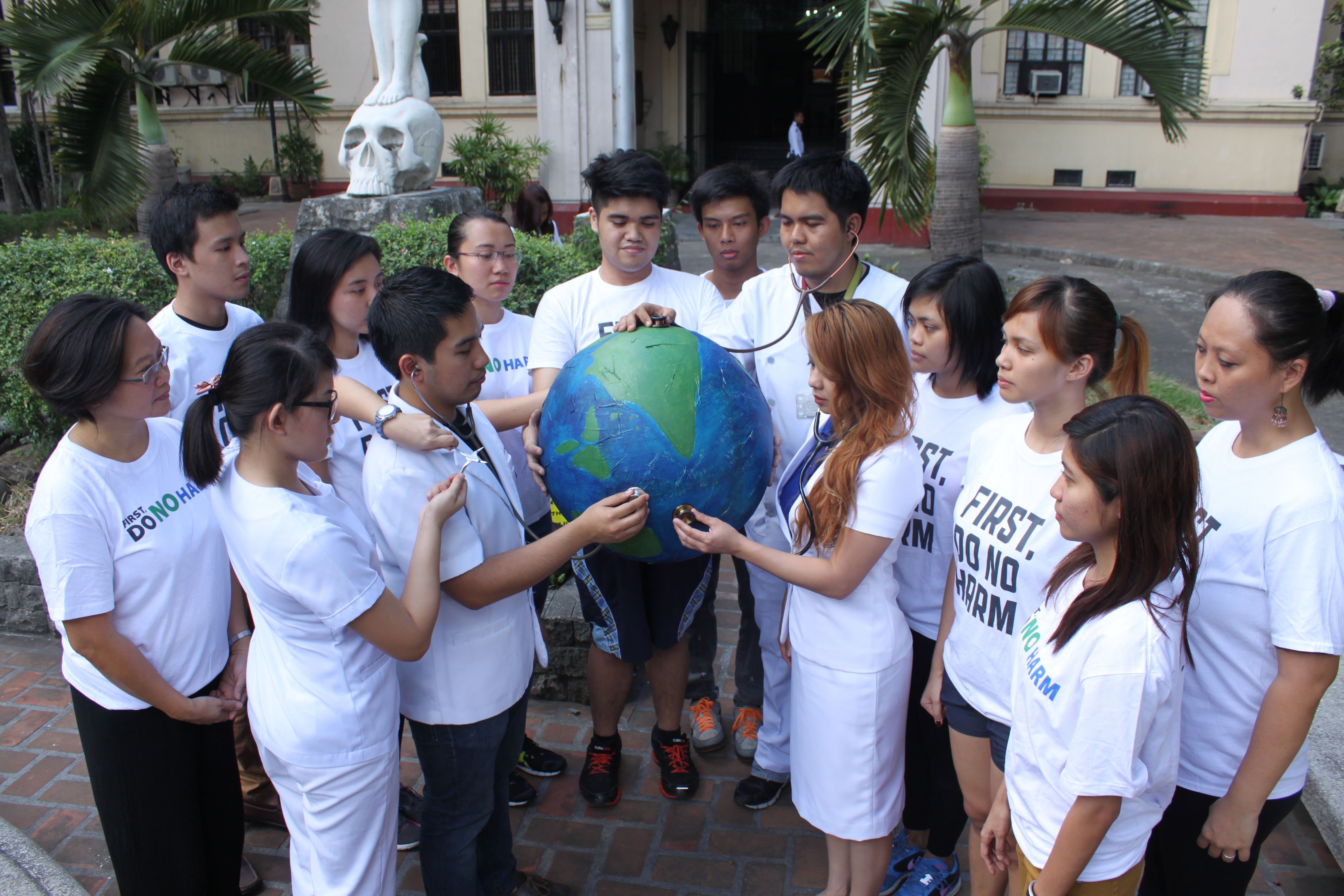 “The climate treaty is a health treaty too, and so we hope that the outcome agreement of COP 21 will emphasize the health implications of climate change and will contain bold commitments for climate mitigation and adaptation to ensure the health and well-being of humanity,” stated Merci Ferrer, Executive Director of HCWH-Asia, and Dr. Renzo Guinto, Campaigner of HCWH-Asia’s Healthy Energy Initiative, in their letter to Hollande and Aquino.

In 2009 the University College London-Lancet Commission named climate change as “the biggest global health threat of the 21st century,” and in 2014 the British Medical Journal called on the World Health Organization to declare climate change as a “public health emergency.” Also in 2014, the Fifth Assessment Report of the Intergovernmental Panel on Climate Change (IPCC) expressed ‘very high confidence’ that the health of human populations is sensitive to changes in weather patterns and other aspects of climate change. Furthermore, climate change is expected to exacerbate existing health inequalities within and between countries, since its health effects are not just enormous, but also are distributed unevenly, affecting the poor and vulnerable more gravely. 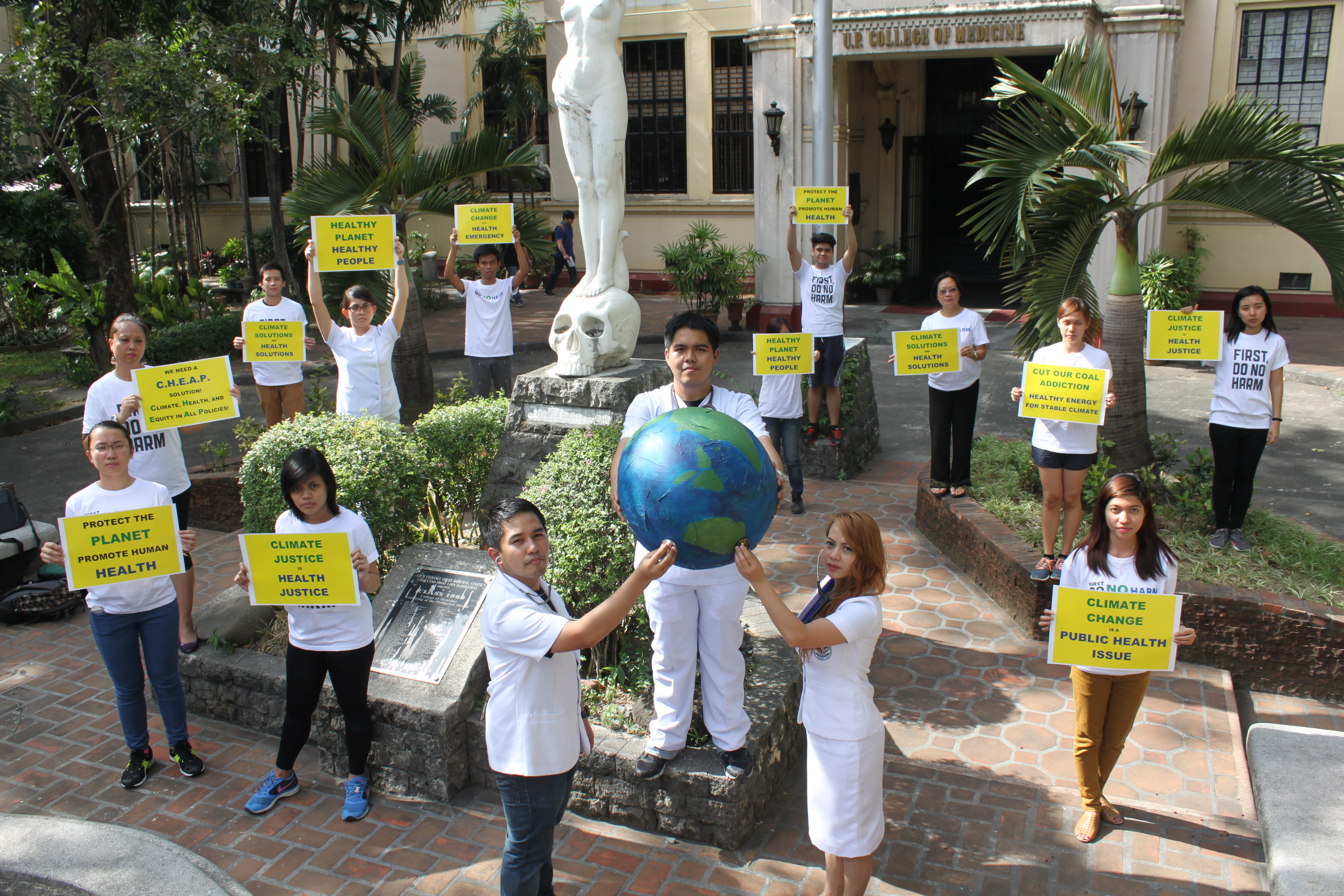 In their letter, Ferrer and Guinto called on the governments of France and the Philippines to “not just lead the way to COP 21, but to lead by example. Our two countries should commit to phasing out coal and other fossil fuels and to shift towards healthy renewable energy.”

HCWH-Asia’s Healthy Energy Initiative is mobilizing the health sector to play a central role in advocating for a move away from  fossil fuel-based power generation—particularly coal—and  toward clean, renewable healthy energy options. It is well-established that a transition to a low carbon economy increasingly based on clean, renewable energy such as solar and wind will not only protect public health from climate change – it will also have immediate health benefits for large portions of the world’s population currently suffering from the impacts of air pollution. For instance, air pollution kills more than 7 million people every year—double the toll from malaria, HIV-AIDs and tuberculosis combined.

“We in the health sector will be one of those who will bear the brunt of climate change, but we will do our share in monitoring health effects, building resilient health systems, and even reducing the carbon footprint of hospitals and other health facilities,” stated Ferrer and Guinto.

A copy of the letter can be downloaded here. 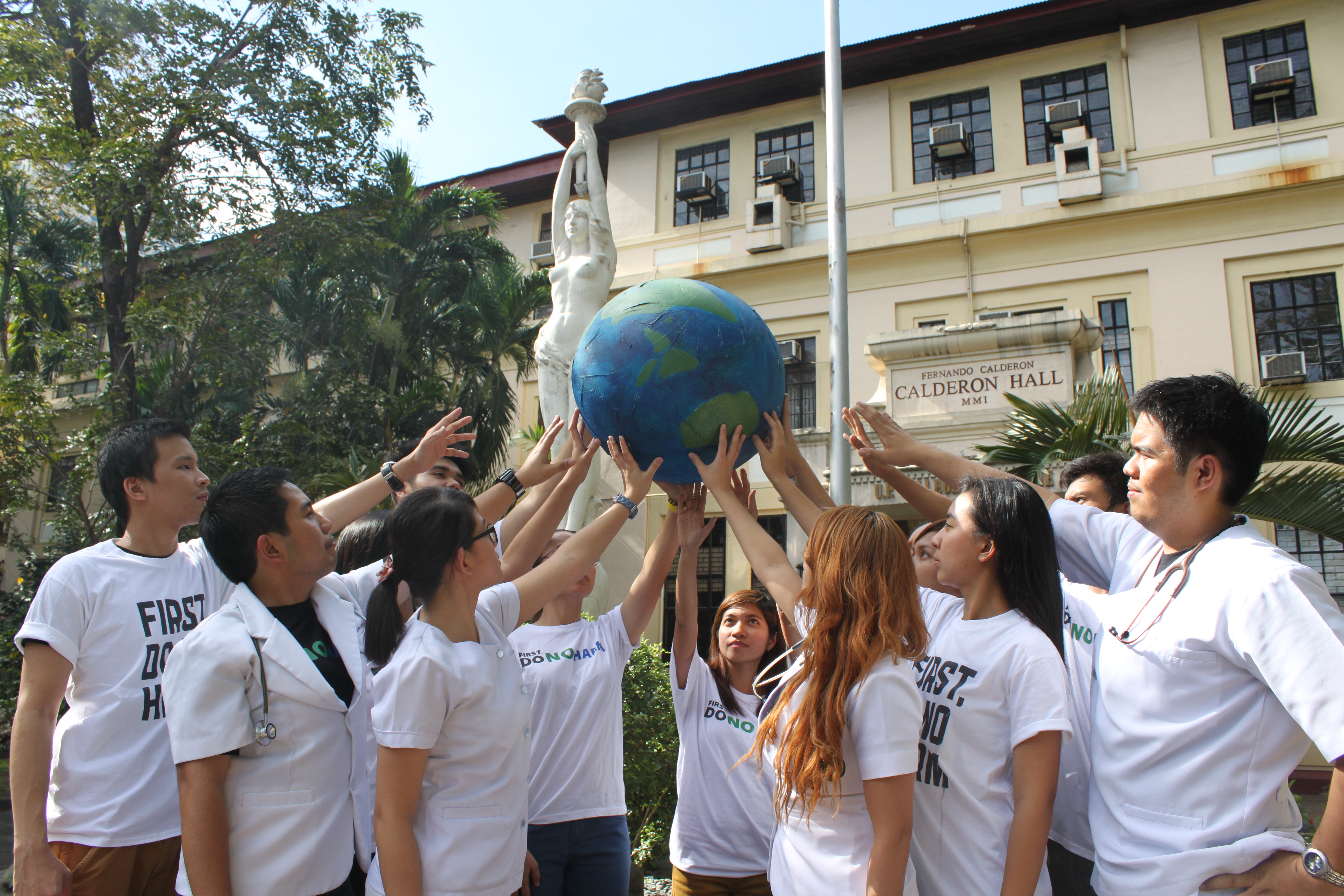