Last March 10, Health Care Without Harm-Asia helped organize two public events which was graced by Dr. Jonathan Buonocore, program leader for climate, energy, and health of the Center for Health and the Global Environment at the Harvard T.H. Chan School of Public Health. 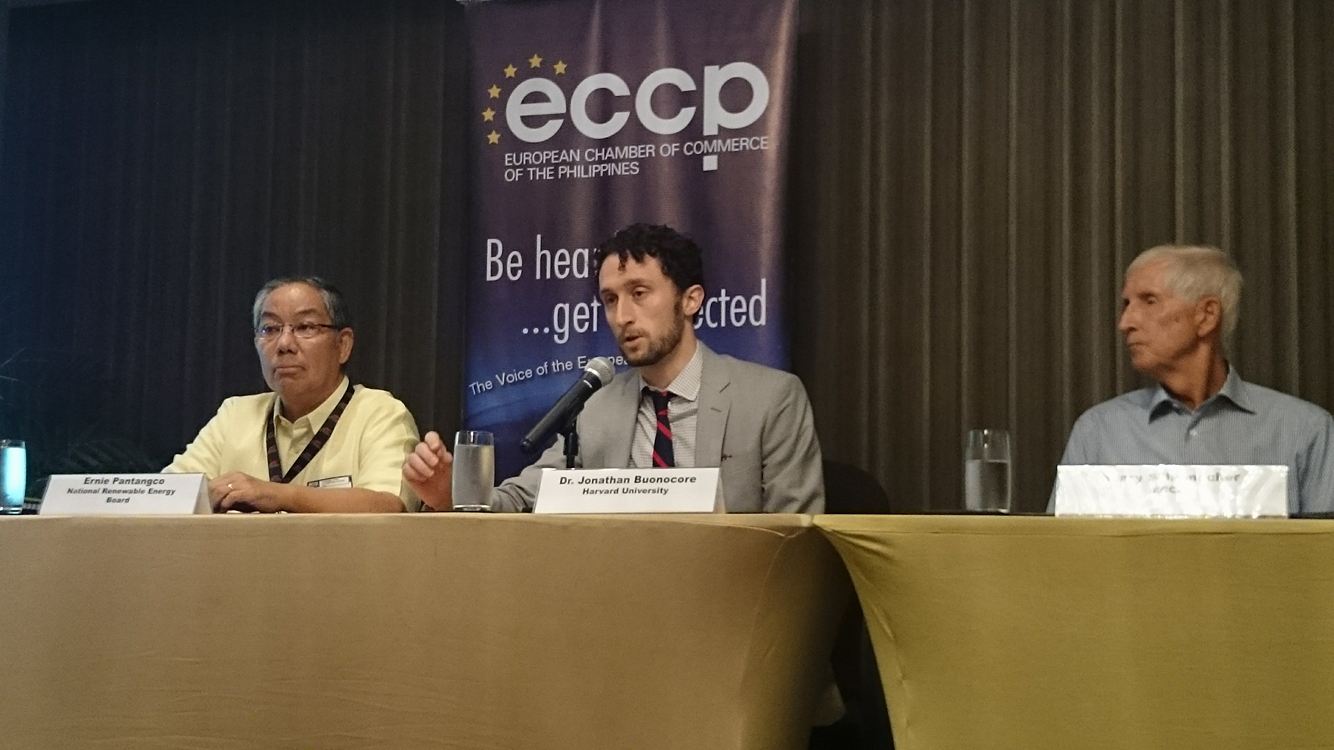 Dr. Jonathan Buonocore speaks about his research during the press conference

In the morning, Dr. Buonocore, who also served as resource speaker in a three-day workshop on Health Impact Assessments also organized by HCWH-Asia last March 7 to 9, gave a lecture at the College of Public Health of the University of the Philippines (UP) Manila entitled “Health and Climate Benefits of Renewable Energy and Energy Efficiency: Evidence from the United States.”

The health benefits of clean energy

In both fora, Dr. Buonocore discussed the findings of a 2015 study he co-published in Nature Climate Change, which emphasized that shifting from coal-driven power generation to cleaner renewable energy options can reap enormous benefits not just for the climate, but also for public health.

Specifically, the study revealed that, after installing different renewable energy options such as solar and wind energy, along with energy efficiency measures, several regions in the United States can save up to between US $5.7 million and $210 million per year in health- and climate-related costs. 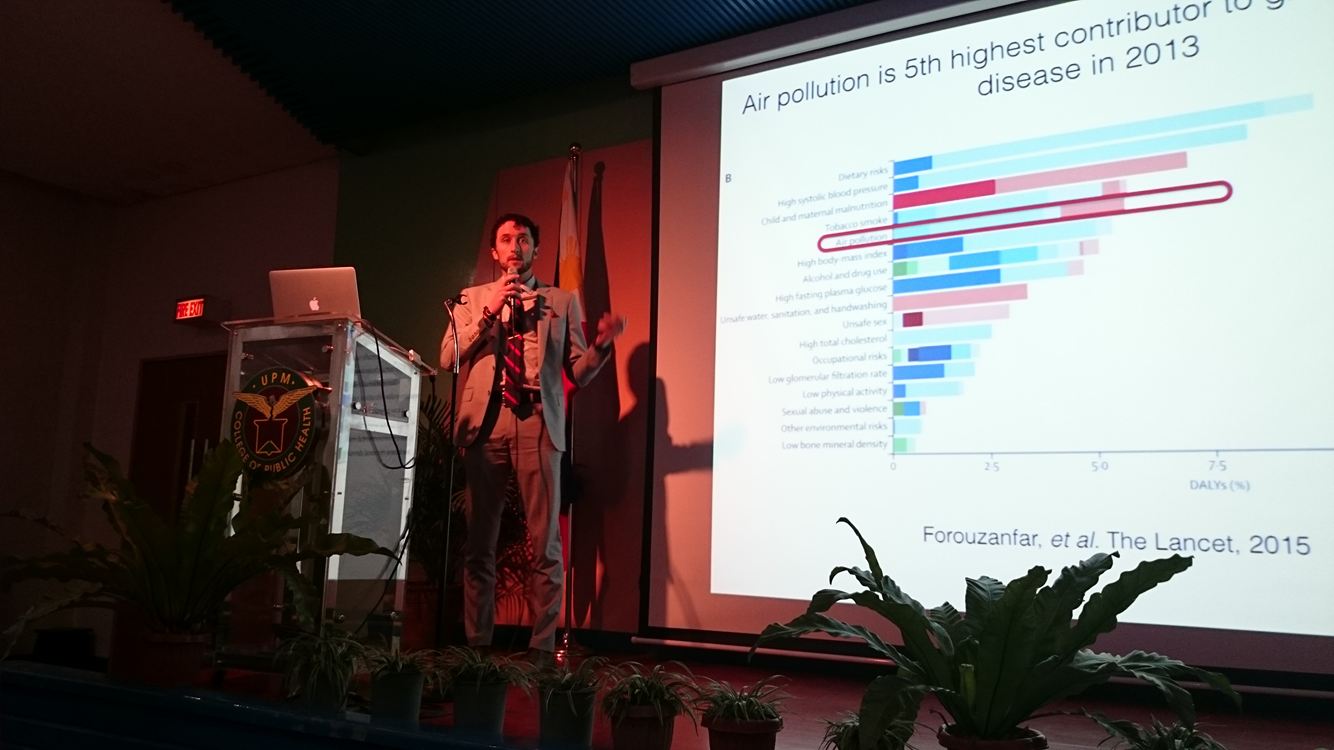 Buonocore discusses the links between air pollution and health.

One of the major factors determining these benefits is the amount of coal being displaced by clean energy projects. For example, a solar installation near Cincinnati was noted to be nearly three times as beneficial as one near Chicago because it displaced much coal with greater emissions of sulfur dioxide, one of the noxious gases emitted by coal plants.

“The tool we developed could be used to make decisions about which energy and environmental policies to implement not just in the United States but also in developing countries such as the Philippines,” said Dr. Buonocore.

He further adds: “With this study, it is not only the climate benefits but also the health gains that are being considered, and the two have been shown to be on par with each other.”

Harvard’s Center for Health and the Global Environment also published a short video that summarizes the study’s findings for lay audiences.

In his reaction to Dr. Buonocore’s lecture in UP, Mario Marasigan, director of the Renewable Energy Bureau of the Philippine Department of Health, stated: “Now I have found the best argument for renewable energy adoption in the Philippines – that it is good not just for addressing global warming, but also for improving health too.”

The role of the health sector

During the ECCP forum, Dr. Minerva Calimag, president of the Philippine Medical Association, reinforced the messages of Dr. Buonocore’s research.

“Coal-driven electricity generation results in a wide range of diseases, mostly affecting the lungs and the heart, while renewable energy options such as solar and wind power have virtually no adverse health effects,” explained Dr. Calimag.

While the health implications of energy options are already widely known and documented in scientific literature, these “externalities” are still yet to be considered in the overall pricing of energy.

“We invite the health sector to submit a proposal on how we can incorporate the health costs into the price of coal and other energy sources,” urged Atty. Josefina Patricia M. Asirit, member of the Philippine Energy Regulatory Commission, who was one of the reactors in the ECCP forum. 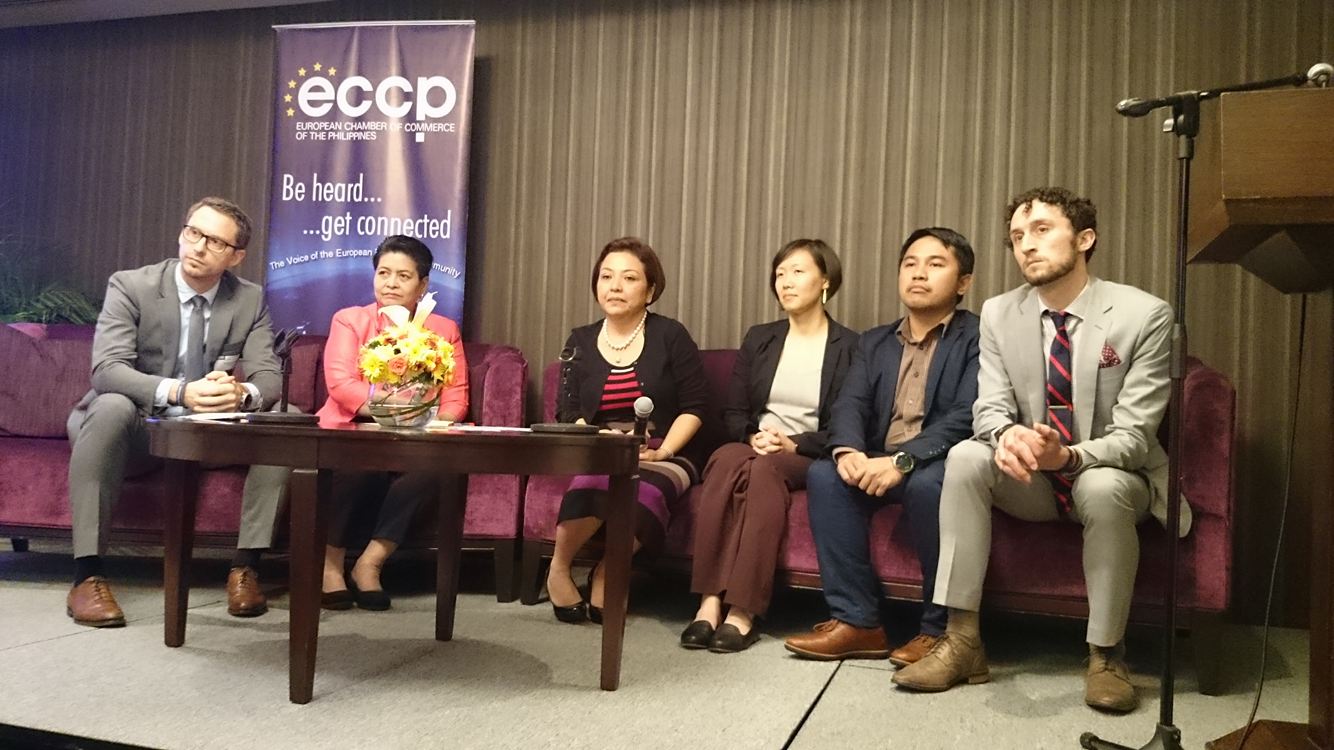 The panel at the ECCP forum composed of health and energy experts.

Dr. Renzo Guinto, Philippine campaigner of the Healthy Energy Initiative, expressed his satisfaction towards the reception of the energy community to the research findings of Dr. Buonocore.

“The positive health message, as reflected in Dr. Buonocore’s research, provides an additional push for renewable energy in the Philippines,” Dr. Guinto said. “I hope that our friends in the energy sector will continue to engage with us health professionals in this open dialogue around healthy energy choices.”

Read other articles published about the ECCP forum:

Business Mirror: Study points to health benefits from use of renewable energy