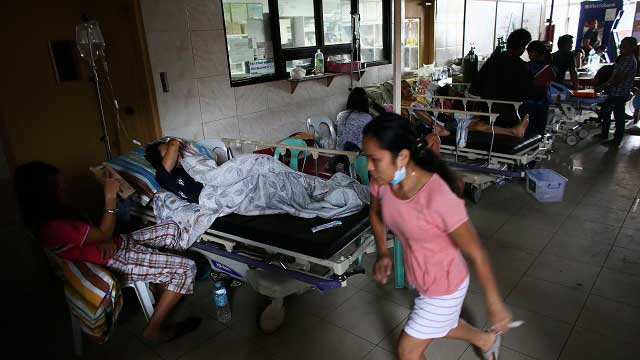 Southeast Asian countries are highly vulnerable to climate-related hazards such as droughts, cyclones, sea level rise, floods and landslides, according to a published report1 by the International Development Research Center (IDRC)1. In addition, six (6) countries from Asia namely Myanmar, Philippines, Bangladesh, Pakistan, Vietnam and Thailand are among the most vulnerable nations in the world according to the Top 10 Global Climate Risk Index2.

Climate-related disasters pose a huge threat to the continuity of service of hospitals; if they are not prepared in terms of infrastructure, operations and procurement, it can translate to service interference at a time when they are highly needed. Thus, becoming climate-smart is a necessity for hospitals and other health facilities in an era of extreme weather events.

For instance, Typhoon Nina which was recorded as the 4th deadliest tropical cyclone that hit the Pacific in July 30, 1975 has caused at least 229, 000 fatalities in China. In November 2013, Super Typhoon Haiyan (locally known as Yolanda) caused an arresting wreckage to communities, cities, schools and even hospitals in the Philippines. Then comes Super Typhoon Nepartak which ploughed Taiwan last July 2016 leaving 270, 000 homes without electricity and a number of people drowned, stranded and injured. And in August the following month, Typhoon Lionrock flooded Japan causing evacuation advisories for at least 400, 000 residents. And just a year ago in August, Nepal, Bangladesh and other parts of India endured massive flooding due to monsoon rains resulting to forced evacuations, establishments closing down and losing of family members.

More than this, public health is greatly affected by the drastic change in climate conditions. According to a report3 by WHO, climate change is expected to cause 38 000 deaths due to heat exposure in elderly people, 48 000 due to diarrhea, 60 000 due to malaria, and 95 000 due to childhood undernutrition.

As the Hippocratic oath of doctors and healthcare providers to “first, do no harm”, hospitals and health organizations like the Global Green and Healthy Hospitals (GGHH) Network particularly in Asia are heeding the call to become climate-smart as a means of contributing to the global climate action and the overall resilience of health systems worldwide.

CRITICAL ROLE OF THE HEALTH CARE SECTOR IN THE ERA OF CLIMATE-RELATED DISASTERS:

Learn more about our Climate and Health campaigns in Asia, send us a message